Call the cute police: A crop of baby penguins graduated from the San Francisco Zoo's "fish school" this weekend, and we've got the pictures to prove it.

The five Magellanic chicks (five male, one female) hatched on the zoo's Penguin Island in Mid-May and subsequently spent five weeks the Avian Conservation Center's "fish school," where they learned how to swim and acclimated to their zookeepers. On Saturday, the newly-schooled birds treated onlookers to an overload of adorable as they waddled their way back to Penguin Island in an official graduation ceremony.

The chicks join the zoo's 44 other penguins in their new home -- the largest Magellanic colony in the world, according to zoo officials. "They are world-famous penguins," Anthony Brown, their primary keeper, told the Chronicle.

As part of the festivities, event organizers held a naming contest for the female penguin, who had yet to be graced with an identity. The winning choice? Posey, after our famed Giants catcher Buster Posey.

Take a look at Posey and her pals becoming Big Kid Penguins in our slideshow below:

(All photographs by Marianne Hale.) 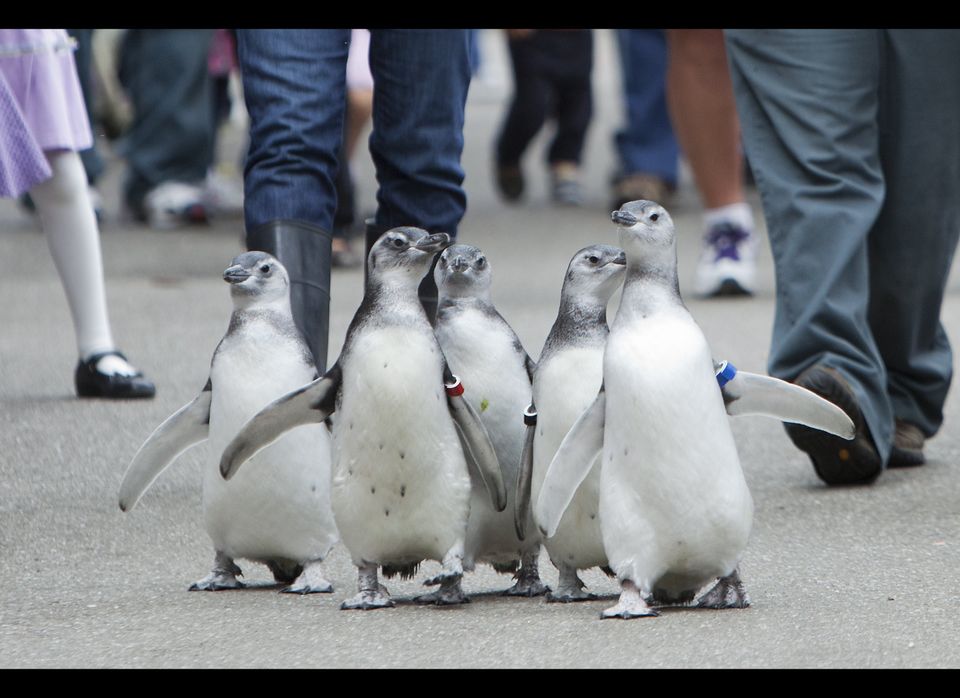