The IFC/PanHellenic Dance Marathon (THON) is a yearlong effort to raise money and awareness in the fight against pediatric cancer, which concludes with an exuberant 46-hour no sleeping, no sitting dance marathon. This year, over 15,000 Penn State students participated in the fundraising effort, raising over $13 million for the Four Diamonds Fund at the Penn State Hershey Medical Center.

Through the Four Diamonds Fund, Penn State's THON has empowered thousands of children in their fight against pediatric cancer by providing medical research and financial support to cover the cancer treatment expenses that go uncovered by insurance. Since the inauguration of the IFC/PanHellenic Dance Marathon, Penn State students have raised over $127 million for the fight against pediatric cancer.

Thousands of Penn state students participate in THON, but only 703 students were selected to be dancers in THON 2015. For many Penn Staters, being selected to be a THON dancer is considered one of the highest honors a Penn State student can receive. These dancers are either representatives of the various 900-plus student organizations on campus, or individuals that chose to fundraise for THON independently.

I've been an active participant in THON since coming to Penn State 4 years ago. Both of my grandfathers passed away from cancer, which has inspired me to join the fight against pediatric cancer. Being selected to represent my fraternity and dance for 46 hours for those who can't means the world to me.

One Penn State student wearing a Fitbit cordless activity tracker recorded over 40 miles walked and 100 thousand steps taken throughout his time dancing during the THON weekend. For some, dancing for 46 hours may not seem like much of an honor, but in the eyes of a THON dancer, and the thousands of Penn State students that cheer them on, the pain and fatigue felt from standing for 46 hours pales in comparison to a child's fight against pediatric cancer.

As this THON season comes to a close, another begins. The fight against pediatric cancer will continue until we dance in celebration, and until that day, we will continue to dance for a cure. For the kids. 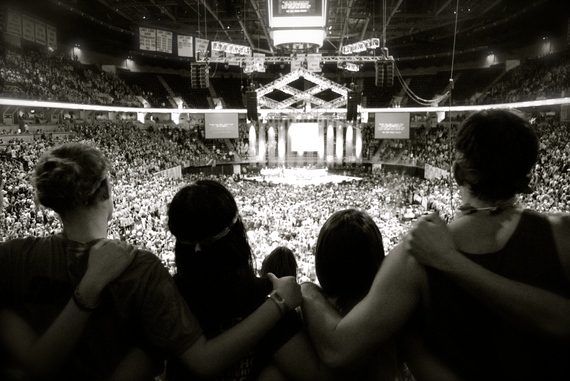