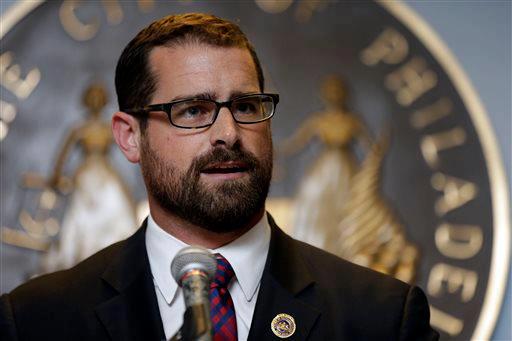 "State budgets are not just checkbooks, they are moral documents. They reveal whether our values of fairness, our national reputation as a leader for equity and inclusion, and our policy outcomes match our state's egalitarian tradition and vision." - Jermaine Toney

Vice President Joe Biden has famously said: "Don't tell me what you value. Show me your budget and I'll tell you what you value." Unfortunately, the budget Pennsylvania Governor Tom Corbett has signed into law -- that maintains 81 percent of the $1 billion in cuts he imposed in 2011 and 2012 -- demonstrates that supporting Pennsylvania's youth is simply not among his values or priorities. This budget of skewed priorities has caused the Commonwealth to become a national embarrassment as Governor Corbett's lack of leadership has placed politics over pupils and unfairly shifted the burden and blame from the state to the city.

Two months ago, I wrote an op-ed that laid out some commonsense and sustainable solutions to Pennsylvania's education funding crisis. I continue to believe that the long-term solutions to this crisis lay in those ideas, but in order to begin to right the ship, we must first align our priorities in a manner that puts the education of America's children first.

By blaming Philadelphia for its financial woes, Governor Corbett fails to acknowledge certain truths that have led Philadelphia into a cycle of having to beg for money year after year. Governor Corbett and his right-wing Republican allies in the legislature fail to remember that Harrisburg took control of Philadelphia Schools in 2002. After years of fiscal instability, the state wrested control of the District from the city and pledged to get the District back onto sound fiscal footing. As a recent Salon.com article notes: "in a diabolical example of circular logic, the state argues that the red ink it imposed, and shoddy management it oversees, are proof that the district can't manage its finances or its mission and therefore shouldn't get more money." The state controls Philadelphia schools, refuses to properly fund them, then blames the city for the lack of funding and alleged mismanagement. Am I missing something here?

At the beginning of the state budget debate in June of this year, Philadelphia's Superintendent Dr. William Hite reported that the District faced a $304 million shortfall based on the money allocated by the state and federal governments. After the District imposed a massive layoff of teachers, assistants, nurses, vice-principals, and aides, negotiations between federal, state, and city officials resulted in a package of $140 million in additional funding for the City of Philadelphia, with the state kicking in a dismal sum of just $16 million. The rest would be made up of a hodgepodge of federal funding and increased funding from the city. Once again, Governor Corbett told Philadelphia: your schools are your problem.

Though increased federal spending on education is a necessity, the real problems lay at the state level. It's not just Philadelphia that is suffering due to these cuts. School Districts across Pennsylvania, in Allegheny County, Harrisburg, and others are on the brink of disaster due to budget cuts. Pennsylvania is just one of three states that do not use a funding formula to appropriately distribute funds among its numerous school districts. Further, the proportion of funding for public education contributed by the state is among the lowest in the nation. In Philadelphia, 83% of children go to underfunded schools. This is not only an embarrassment, but a tragedy of epidemic proportions that will impact the city and state for generations to come.

You don't have to be a statistician to see where Pennsylvania has prioritized the money we do have to spend. While our students suffer and schools are shuttered, Governor Corbett has ordered the construction of a new $400 million prison complex just outside the city. Further, the Pennsylvania Budget and Policy Center estimates that Pennsylvania gives away nearly $3 billion annually in corporate tax cuts.

It is clear that the money is there. There are real and sustainable solutions to this problem, and we can still enact a fair funding formula. The Education Law Center's School Funding Report correctly notes that a fair funding formula [PDF] "is based on the moral, economic and social imperatives tasked to our state government," that "all students deserve an equal opportunity to learn and achieve success in school and beyond; and some students, especially students with disabilities, students learning English, and students in poverty, require additional resources to have these same opportunities."

Funding education for the next generation of leaders, innovators, and job creators is a moral imperative. Public education's potential for prosperity is fundamental to our American identity and values. Since the dawn of our nation, each successive generation of Americans has pledged to make life better for the next, as it has long been the duty of those in charge to ensure that the next generation of leaders is better, smarter, more innovative, and more resourceful than the last. In recent years, this pledge has been left unfulfilled. No amount of funding will help this situation if we do not truly and honestly value the merits and virtues of our once-great public education system. What we need is leadership that reflects our priorities as citizens of Pennsylvania.