An Australian woman living in Okinawa, Japan, is stretching the boundaries of fashion by tightening her waist to extreme proportions.

Penny Brown, 25, has managed to shrink her middle section from 38 inches to 23 inches by wearing a corset 23 hours a day. 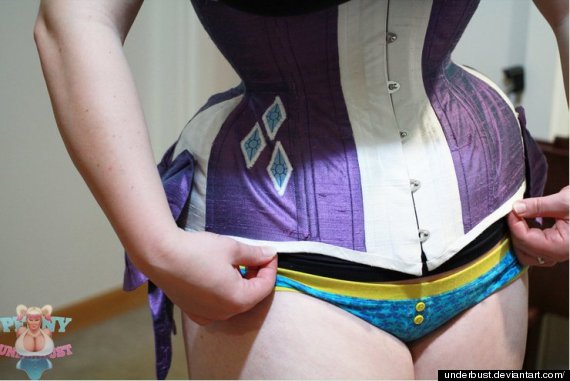 Brown started her corset training two years ago in an effort to match the exaggerated hourglass figure of Jessica Rabbit.

“I’ve been obsessed with Jessica Rabbit from a really early age,” Brown said, according to the Metro. “I think she is incredibly sexy and there’s a real power and strength to her character. I’ve always wanted to copy that –- at five I was already thinking about breast implants.”

Since 2012, Brown has had two surgeries to boost her already ample size H breasts to a whopping size O. She is now planning a third augmentation. 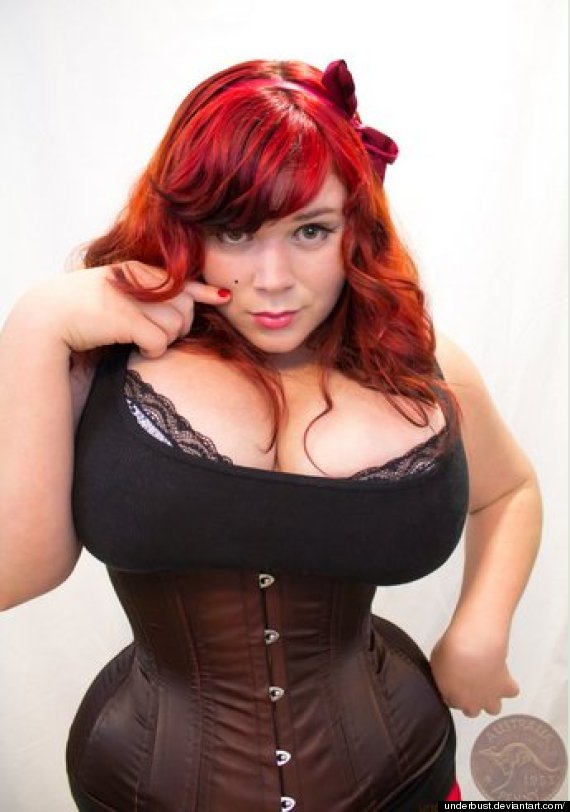 When Brown first put on the corset in February, 2012, it was for some sexy shots for her husband, Cooper, 28, who was deployed overseas with the U.S. Air Force.

She soon took a liking to the feeling of the corset, which she likens to a permanent hug.

The first four months, she only took off her corset to shower, and admits it wasn't easy.

“It was tough at first,” she said, according to the Mirror. “The corset is not a magical tool that will make your waist tiny in a few months. It really was hard work and dedication on my part."

Brown lost 15 inches off her waist, partially because the restrictive nature of the corset forced some dietary changes.

“I stuck to little meals, and also things that incorporate liquid into the food -- like smoothies," she said, according to HuffPost UK. “One thing that was difficult was not being able to eat my favorite spicy foods –- because they would wreak havoc on my stomach when it was restricted in the corset.” 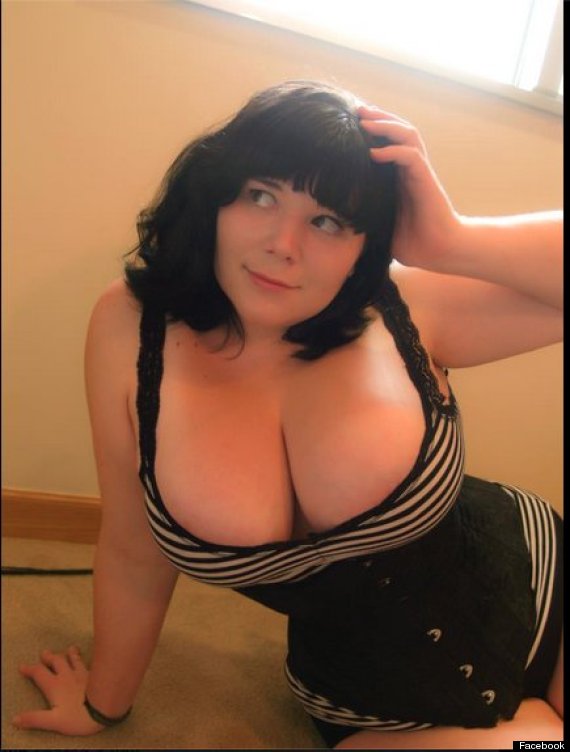 Since her tightening transformation, Brown has become something of a corset-cult celebrity, and fetish model.

Medical experts believe extreme corset training has potential side effects, which is why most women left corsets behind in the Victorian Era.

Jyotindra Shah, a bariatric surgeon in Westchester, New York, says that long-term use of a corset can bruise internal organs, damage skin and restrict breathing.

Even worse, the lack of oxygenation as a result of wearing the corset might contribute to metabolic syndrome, which can actually result in weight gain.

"Putting this corset tight on the body could bruise your skin," Shah told The Huffington Post last October. "People might put it so tight that the liver, spleen and kidneys could get bruised."

"I haven't experienced any ill effects and as far as I know, my organs haven't moved," she said, according to Reveal.co.uk. "The human body is amazing. There are only a few organs that can't be moved, and they tend to be protected by bones. The stomach is an incredibly resilient thing and it can withstand being squashed."