I meet actress and director Penny Marshall in a midtown Manhattan office building, where she is curled up on a sofa, stocking feet tucked beneath her, doing a back-to-back assembly line of media to promote her new memoir, “My Mother Was Nuts.” Heavily made up for the TV interviews, she looks a bit exasperated. “I’ve done [publicity] for movies, but then you have a whole cast, you can split it up!” she says. “Here, same questions, over and over...”

That’s Marshall –- the straight shooter from The Bronx. Cuts to the chase, says just what she’s thinking, no glossy airs; what you see is what you get, and that’s a big part of her charm.

It’s also how she tells her hilarious and painful life story. Marshall grew up performing in her mother’s dance studio, whose students appeared everywhere: “shipyards, charity events, telethons” and national television. Marshall notes that while most people think her family is Jewish, her brother was christened Episcopalian; her sister, Ronny, was Lutheran; and Penny was confirmed in a Congregationalist church. “Why such diversity? My mother sent us anyplace that had a hall where she could put on a recital,” she writes.

Marshall gets pregnant in college; marries; divorces; moves to Hollywood where her brother, Garry, a budding writer, helps open a few doors. That leads to the hit sitcom “Laverne and Shirley” and directing films such as “Big,” “A League of Their Own” and “Awakenings.” She becomes the first woman to direct a film that grosses more than $100 million.

I found this book inspiring; not because you starred in a successful sitcom or were the first woman director to break $100 million on a film. It was because no matter what you did, your motivation was ‘How much fun can I have’? Where did that come from?

Well, don’t you want to have fun?

Yes, but I think some people don’t; they think, "I’ll make money or do my duty or line up my next career move."

I don’t know how you can you do something over and over and you hate it. If you’re not having a good time, find something else that gives you some joy in life.

Do you feel like your mom had joy in life in that dance studio?

The dance studio saved her life, because she hated my father. So it gave her a purpose to live.

In the book your mom says some pretty cruel things. She said, “You were a miscarriage, but you were stubborn and held on”; and your “buckteeth could open a Coke bottle.”

The one thing I took away was she loved what she did and she was totally driven –- and you’re the same way.

Well, I’m not as driven as she was ... She was obsessed. If I don’t work for a while, I’m okay. You write with so much affection about The Bronx. It seemed like a creative place to grow up.

It was a working-class neighborhood and it had a good value system -- or that period of time did. We played, we played a lot and I love to play.

I see that in your film choices. In “Big” this main character is successful because he plays. He teaches Elizabeth Perkins to play. And even in “A League Of Their Own,” Geena Davis is going to do her duty and go with her husband and then she realizes, "Wait a minute, this game is the most fun I ever had." Did you consciously choose those themes in your movies?

"When I’m big, I’m gonna--" is a universal thought; and ‘League’ was ‘don’t be ashamed of your talent.’ And I never heard of [All-American Girls Professional Baseball League], and I thought if I don’t know it, someone else probably doesn’t know, I’m not the only one who’s stupid, so let me tell them. Same thing with “Awakenings” -- it was based on a true incident that happened and it was a medical mystery. My mother had Alzheimer’s, remember, so you wonder, "Can they hear you?" But treat people like human beings, that’s all I’m trying to say, whether they’re sick or not.

In this book you’re so forthright and honest about your mistakes. You talk about getting pregnant in college, doing drugs in the '70s, and my personal favorite, sending your kid to the corner store for breakfast -- a Fudgsicle for her and cigarettes for you.

I wasn’t high. I just couldn’t get up in the morning. In the '70s [drugs] were what everyone did. It wasn’t like everyone did it all day long. It wasn’t like reefer madness; it was just something you did. And those [who] overdid it died, unfortunately.

John was brilliant. He was irascible. He was relentless. ... On “Saturday Night Live,” John was always alive, even in the background, and he wasn’t reading cue cards. He would come over at night and I would say, "I gotta go, go home." He’d put on a hat and be a character --- you could not not laugh at him. And I’m still friends with [his wife] Judy.

Was there anything you regret?

I regret turning down a movie here and there. But you know, I had a good friend who was sick, that’s a priority. There’s more to life than show business and there’s more to life than just working. I regret having bought the apartment for my daughter that I’m trying to get rid of. My apartment looks like hell because I’ve got boxes all over the place. ... I wish I could sing better. But that’s minor.

When you were directing, you were clearly breaking through barriers. Did you feel that?

No, I was just thinking, “God, it’s so early in the morning and it takes so long to light [the set]. Do I need this scene? Can I get from the scene before to the scene after without this scene?”

I didn’t knock on their door and say "Can I please do this?" ... I was naïve and went, "Okay, they asked me, so I’ll try it." That’s about it. It’s insecurity with an amazing amount of fearlessness. It comes from The Bronx, I guess.

So you weren’t thinking “I Am Woman, Hear Me Roar”? You were just putting together the puzzle of the movie?

Yeah, once Steven [Spielberg] saw me doing jigsaw puzzles and he said, "That’s editing." It’s putting the pieces together.

What was the most important thing you learned from Steven Spielberg?

He encouraged me. He was a great friend, and I still like him now. I see him at the basketball games, we got Lakers tickets; they got a good team coming up. And the Clippers. I go to both because I’m a little obsessive. ... I’m a big sports fan. They entertain me. I love to watch sports.

That I survived. I’ve had a good life. I dodged the biggest bullet yet, the C bullet, which is great. And I’m the only [cancer patient] who gains weight -- 60 pounds -- and I got hard nails. That’s it; strange side effects. And no pain whatsoever. And luckily I have friends and they saw me through it. That was big theme in the book, friendship.

One of my friends from junior high is coming to my book party tonight. ... I’m friends with the firemen, friends with the cops. I wasn’t like a girly girl. I was a tomboy. I liked boys. I had a big crush on boys.

Speaking of boys, I loved your stories about your romances with Rob Reiner and Art Garfunkel. Is there anybody special these days?

No –- unfortunately, you should see my bed. Lorraine Bracco says, "No wonder, look at you, you got the computer, you got the iPad, you got the papers all over the room." There’s no room for someone to sit down.

Much less lay down.

Lorraine comes and cleans up my bed.

Anything you look back on now that you wish you knew starting out? 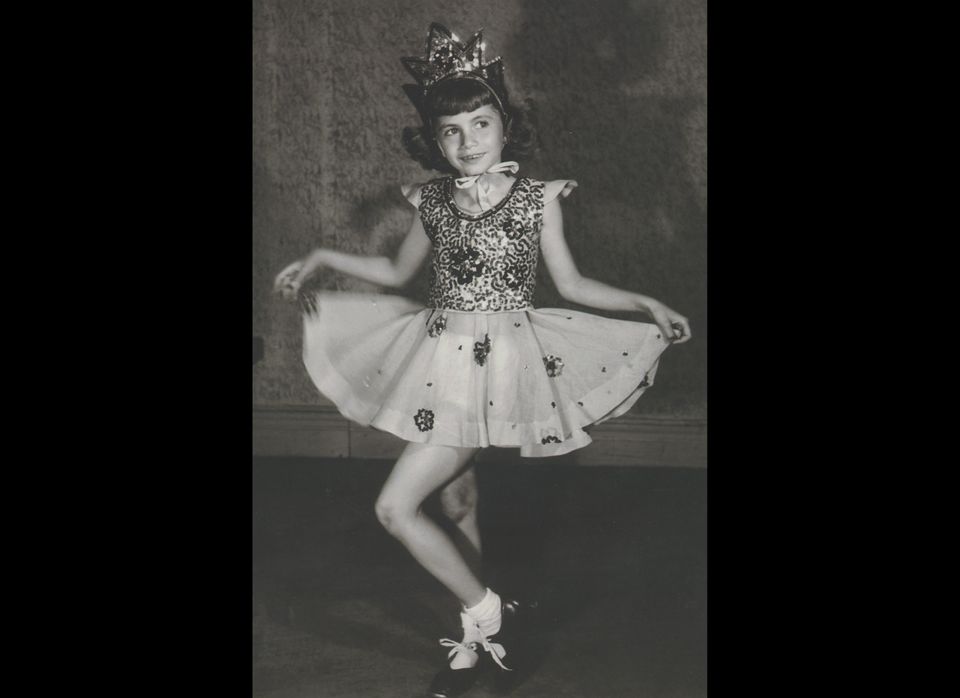 1 / 25
Penny as a girl in the Bronx, in costume for a performance at her mother's dancing school, the Marjorie Marshall Dance School. (Hal Altman)
Courtesy of Houghton Mifflin Harcourt Publishers