WASHINGTON -- The Pentagon on Friday begrudgingly released 198 photos showing abuse of detainees held by U.S. forces in Iraq and Afghanistan during the George W. Bush administration.

The afternoon dump of photos, in response to a 2004 Freedom of Information Act lawsuit brought by the American Civil Liberties Union, is only a fraction of the 2,000 torture-related photographs the ACLU has sought. Nonetheless, it's the first time the military has agreed to release any of the contested images.

“The disclosure of these photos is long overdue, but more important than the disclosure is the fact that hundreds of photographs are still being withheld,” Jameel Jaffer, ACLU deputy legal director, said in a news release. “The still-secret pictures are the best evidence of the serious abuses that took place in military detention centers. The government’s selective disclosure risks misleading the public about the true extent of the abuse.”

The images released Friday are mostly closeup pictures of cuts, scars, or bruises on unidentified men. Some show prisoners handcuffed. In most images, the Pentagon redacted identifying features, such as prisoners’ eyes, but also blacked out parts of their bodies that do not appear to be identifying. In one image, one of a prisoner's eyes is visible, but his nose is blacked out. The Pentagon did not immediately respond to a question asking for an explanation for the apparently excessive redactions.

Some of the photos released Friday by the Pentagon:

There are no descriptions accompanying the images, and some are too zoomed-in to show whether the prisoner in the photograph is conscious. The Pentagon didn't immediately respond to an inquiry about circumstances that prompted the military to take the photographs.

The images still withheld by the Pentagon are said to be more damning to the military than the batch that was released on Friday. It is believed some show “soldiers pointing pistols or rifles at the heads of hooded or handcuffed detainees,” as then-U.S. Solicitor General Elena Kagan -- now a Supreme Court justice -- said in a brief filed with the high court in 2009. Another image shows a soldier holding a broom as if “sticking its end into the rectum of a restrained detainee,” Kagan said at the time, reading from a Pentagon report on the photographs.

The ACLU lawsuit has had a tortuous history through the courts. It began as a FOIA request in 2003, seeking documents and photographs relating to the illegal detention, abuse and torture by the U.S. of prisoners overseas. While the request was still fresh, the Abu Ghraib torture revelations in Iraq gave new impetus to what would become a protracted legal fight, prompting the ACLU to seek specific photographs showing torture or other abuse by the U.S. military against prisoners.

After much delay by the government, the ACLU received upwards of 6,000 documents detailing the extent of some of the abuses -- enough for the legal advocacy group to create what it called a “torture database.”

But the government still refused to turn over the photos. After an extended back-and-forth in the courts -- a battle so exhausting even Congress and the U.S. Supreme Court had to get involved -- it finally took a Manhattan federal judge in 2015 to order the Department of Defense to “disclose each and all the photographs” related to the ACLU’s FOIA request.

The judge reasoned that the government’s justifications for keeping the pictures secret were “deficient” and “not sufficiently individualized” so as to explain why their release would pose a danger to national security. (Another judge rejected a similar argument from the Obama administration in another case over the release of force-feeding videos at Guantanamo Bay.)

The Pentagon has long maintained that the release of the photos would put Americans at risk and that abuse shown in the pictures was committed by a small number of low-level soldiers who were punished.

A Pentagon spokesman said the photos released Friday were taken as part of individual criminal investigations into alleged misconduct by U.S. personnel. As a result of the investigations, 65 members of the military were disciplined with punishments ranging from "letters of reprimand" to life imprisonment -- which indicates that at least some of the released photographs depict instances of serious abuse. Twenty-six of the 65 who received punishment were convicted in court-martial proceedings.

But the ACLU says the photos suggest an institutional problem. “What the photos that the government has suppressed would show is that abuse was so widespread that it could only have resulted from policy or a climate calculated to foster abuse,” Alex Abdo, an ACLU staff attorney said in the same statement Friday. “That is why the government must release all of the photos and why today's selective disclosure is so troubling.”

The ACLU said it will continue to battle the Defense Department in federal court for the pictures that remain secret. It will continue to press the Obama administration to explain why, individually, each photo must be kept from the public.

This article has been updated with comments from the Pentagon. 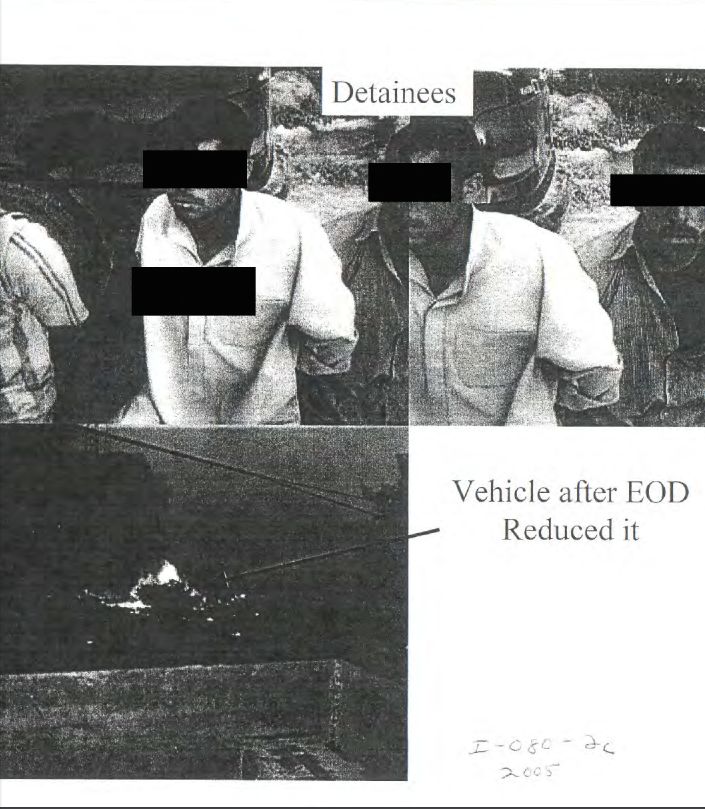