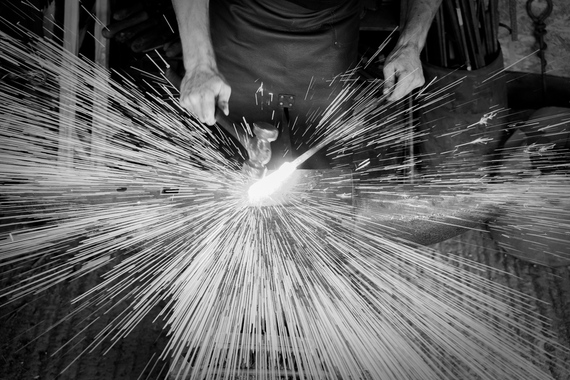 Social documentary need not always be focused around the public space. Indeed, these people are in a private workplace, and yet these photographs are certainly a form of social documentary. Most definitions of social documentary photography contain some reference to "humans in their natural state". I find this intriguing, as one might argue that work is indeed a "natural state" for humans. Some people may not feel that work is their natural state, then again, as Bruce Robinson said, "If you are a junkyard dog, you assume that that's what life is: chained up, barking all day." 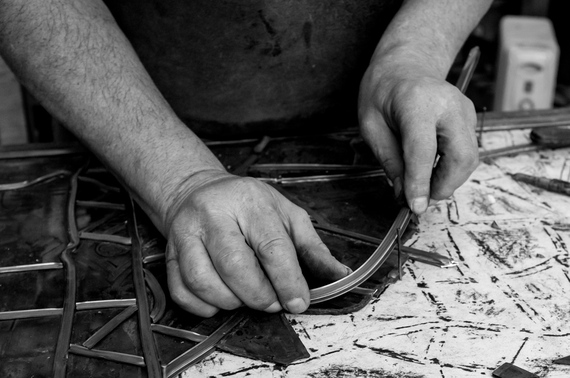 And yet, work need not be a negative experience. Confucius says, "Choose a job you love, and you will never have to work a day in your life." This might indeed be true, as evidenced here, in these photographs, there is certainly a passion at work, not merely just a person. I was immediately drawn to these photographs, and I think Tim Allen's project is a worthy and noble one. 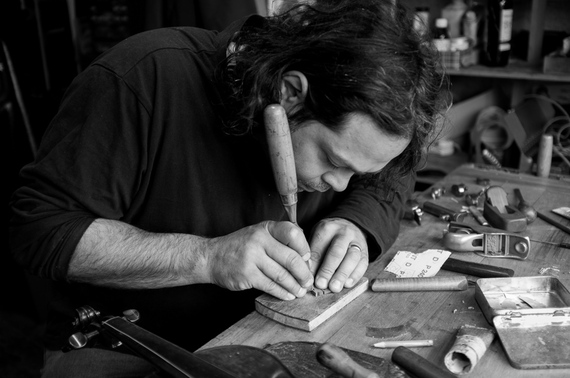 Here is photographer Tim Allen in his own words:

My story starts in 2013 when I self-published a small photo book based on my visits to traditional fairgrounds called '3 Balls £2.50'. Using social media to promote the project, I raised £450 for The National Ankylosing Spondylitis Society and I decided to follow it with a larger project. I settled on a theme of traditional crafts, but the big question was whether I could find the craftsmen and women to photograph. What I was forgetting, of course, is that people who are so passionate about what they do want to share their skills and keep their profession alive for future generations. One rainy Sunday afternoon I sent ten emails; a week later was excited to see that five people had said yes. 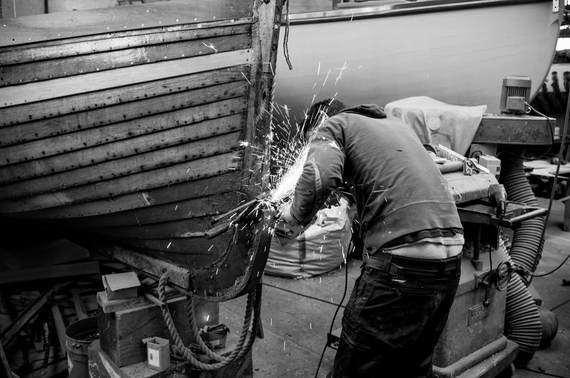 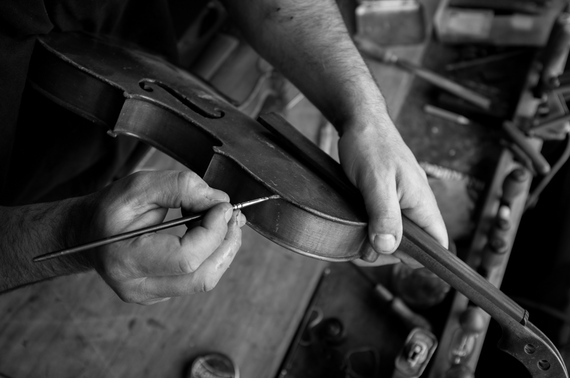 The first visit was to a stained-glass studio and, after a nervous first few minutes, I suddenly felt right at home with what I was doing. With my nerves about the project's viability now eased, I couldn't wait to visit more craftspeople and see them working with such skill and enthusiasm. After a couple of months, I had visited a violin restorer, a boat restoration yard, a stonemason, and a blacksmith. Everybody I met was totally devoted to their craft and keen to show me and talk about what they did in great detail. 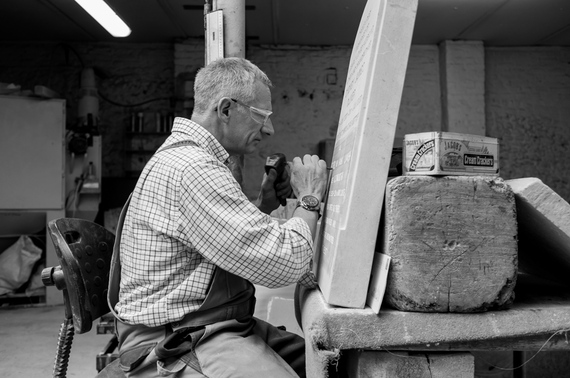 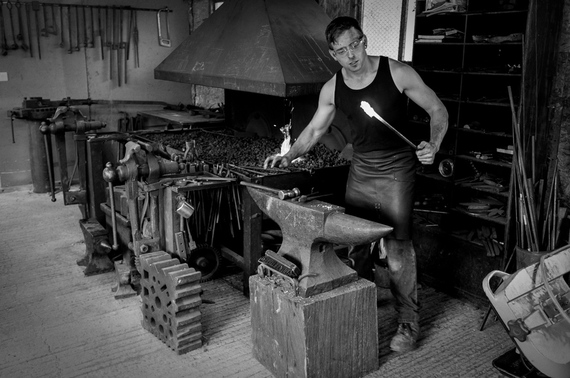 I published my second book, 'Artisans', in August 2014, and so far it has raised over £1,500 for NASS. In January 2015, I was able to visit four new participants, which I hope to be able to feature in a second book in the future. I photographed a coppersmith, a leather designer, a 'trug' basket making workshop, and a bronze foundry. And, I still have others interested in being photographed. The project has been based in the South East of England and it's pleasing to see such a variety of crafts thriving in the area. 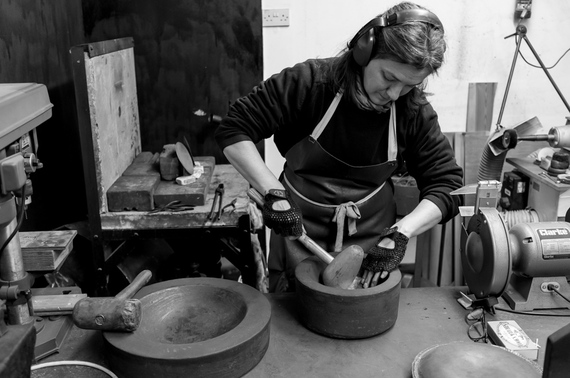 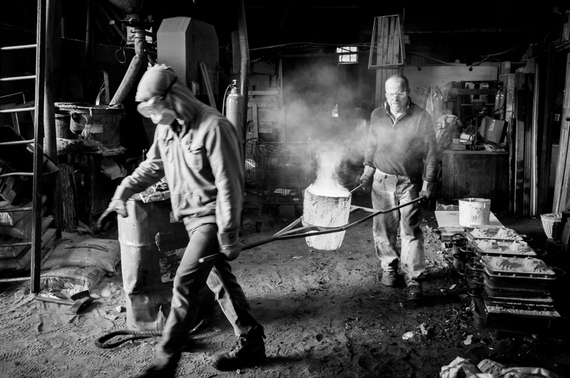 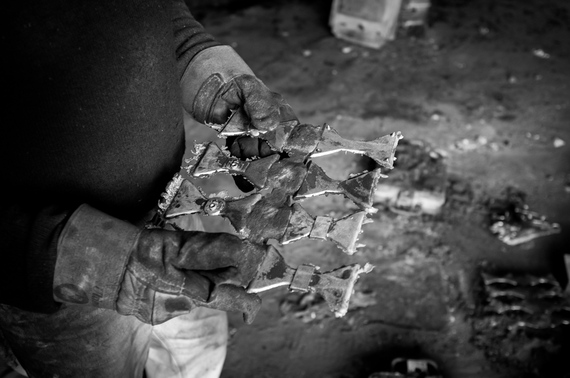 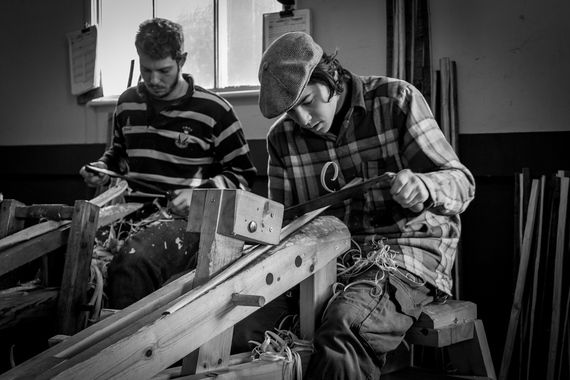 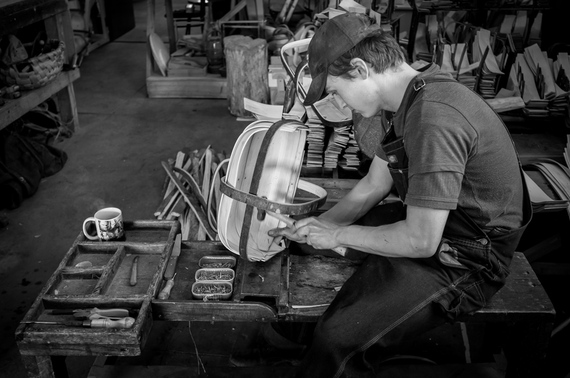 The whole project can be seen on Tim's website at TimAllenPhoto.co.uk.

Tim Allen has been interested in photography since 2007, when he bought a used DSLR. He firmly believes in only shooting what interests him - what others think isn't that important. Living in Kent means he has easy access to London - a large photographic playground. in front of me. Tim prefers to work on projects, but is also happy to just wander the streets and see what happens in front of him.