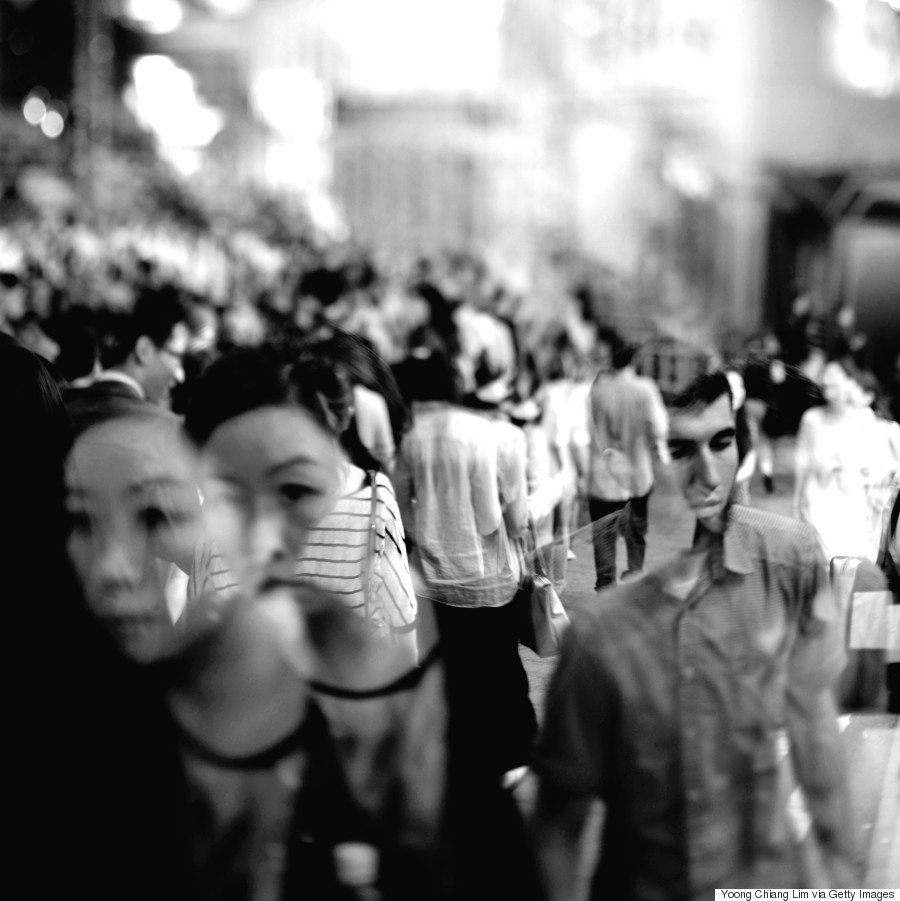 This is the first installment of a five-part WorldPost series on the world beyond 2050. The series is adapted from the Nierenberg Prize Lecture by Lord Martin Rees in La Jolla, Calif. Part two will be published next week.

For nearly 50 years, the image of the Earth, as seen by Apollo astronauts circling the moon, has been iconic among environmentalists. Suppose there were some aliens out there and they'd been watching our planet for its entire 4.5 billion year history. What would they have seen? Over nearly all that immense time, Earth's appearance would have altered very gradually. The continents drifted; the ice cover waxed and waned; successive species emerged, evolved and became extinct.

But, in just a tiny sliver of the Earth's history -- the last one-millionth part, a few thousand years -- the patterns of vegetation altered much faster than before. This signaled the start of agriculture. The pace of change accelerated as human populations rose. The world entered a new geological era: the Anthropocene.

Then there were other changes, even more abrupt. Within just 50 years, the carbon dioxide in the atmosphere began to rise anomalously fast. And something else unprecedented happened: rockets launched from the planet's surface escaped the biosphere completely. Some were propelled into orbits around the Earth; some journeyed to the moon and planets.

The hypothetical aliens would know that Earth would face doom in a few billion years when the sun flares up and dies. But could they have predicted this sudden "fever" halfway through its life -- these human-induced alterations seemingly occurring with runaway speed?

If they continued to keep watch, what might they witness in the next hundred years? Will a final spasm be followed by silence? Or will the planet's ecology stabilize? And will an armada of rockets launched from the Earth spawn new oases of life elsewhere? 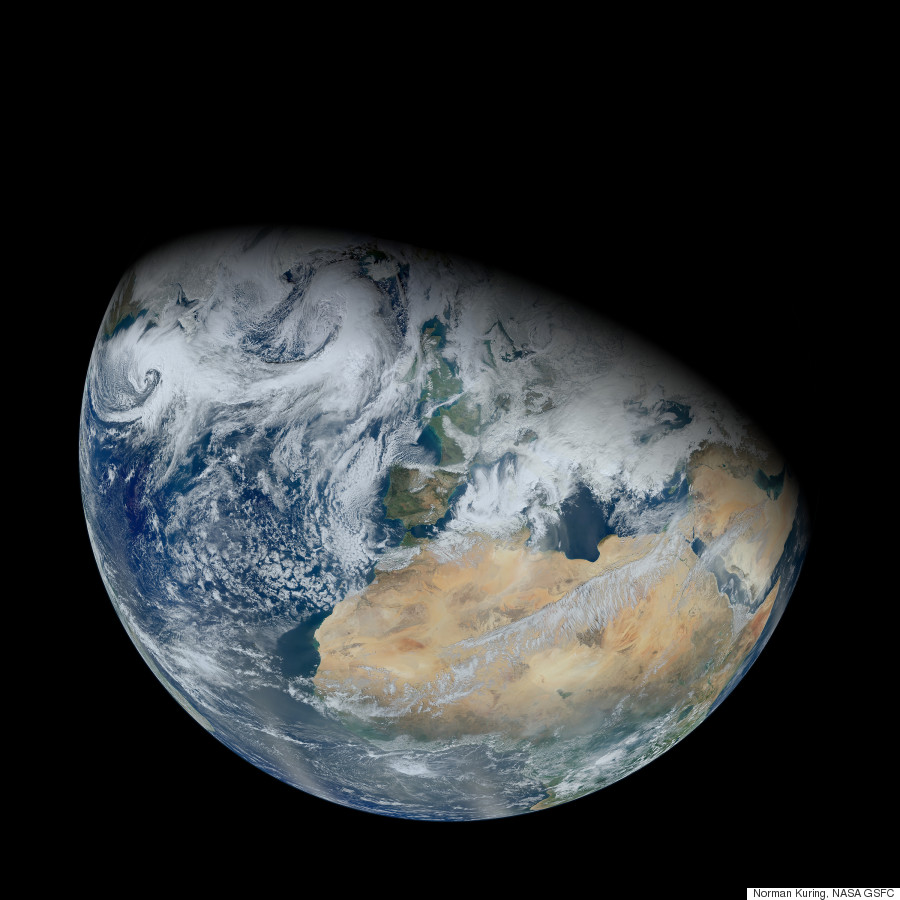 There are some things we can predict.

It's almost inevitable that by mid-century the world will be more crowded and our collective footprint will be heavier.

Fifty years ago, the world's population was about 3 billion. It now exceeds 7 billion. But the growth is slowing. Indeed, the number of births per year worldwide peaked a few years ago and is going down now. Nevertheless, world population is forecast to rise to around 9 billion by 2050. That's partly because most people in the developing world are young. They are yet to have children and they will live longer. The age histogram in the developing world will become more like it is in Europe. But it's also because the demographic transition hasn't reached parts of India and Sub-Saharan Africa.

We can also predict continuing urbanization -- 70 percent of people living in cities by 2050. Even by 2030, Lagos, São Paulo and Delhi could have populations above 30 million. To prevent megacities becoming turbulent dystopias will surely be a major challenge to governance.

Population growth seems under-discussed. Maybe that's because doom-laden forecasts in the 1970s -- by the Club of Rome, Paul Ehrlich and others have proved off the mark -- and because it's deemed by some a taboo subject, tainted by association with eugenics in the 1920s and 30s, with Indian policies under Indira Gandhi and more recently with China's hardline one-child policy. 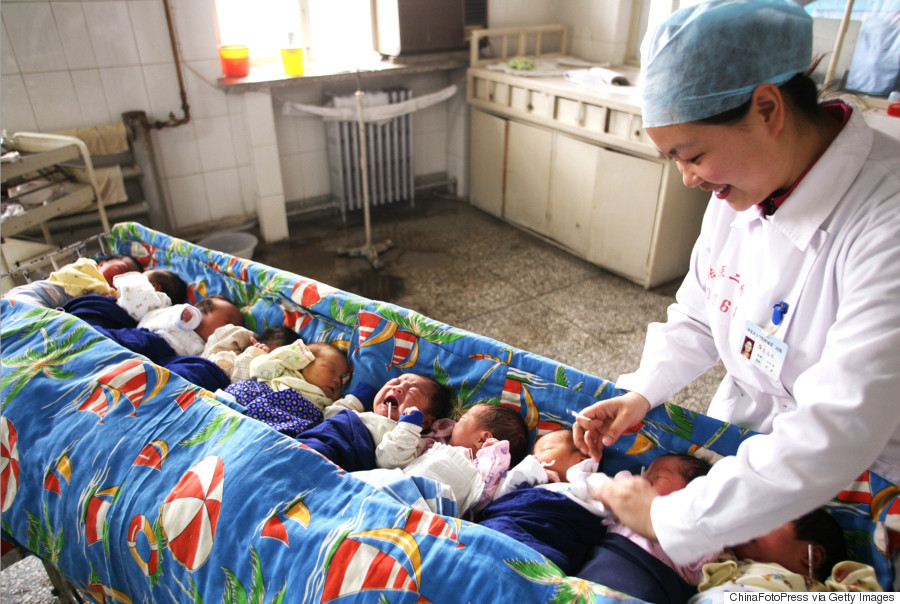 A nursing worker takes care of newborn babies at a hospital in Zhangjiakou, Hebei Province, China, on the day China decided to abandon its 35-year-old one-child policy. (ChinaFotoPress/ChinaFotoPress via Getty Images)

Can 9 billion people be fed? My layman's impression from reading the work of experts is that the prospect of feeding 9 billion people isn't frightening on its own. Improved agriculture -- low-till, water conservation, perhaps genetically modified crops and better engineering to reduce waste, improve irrigation and so forth -- can sustainably feed that number by the middle of the century.

But there will need to be lifestyle changes. The world couldn't sustain even its present population if everyone lived like we do today, using as much energy and eating as much beef.

Trends beyond 2050 are harder to predict. They will depend on what people now in their teens and 20s decide about the number and spacing of their children. Enhanced education and the empowerment of women -- surely a benign priority in itself -- could reduce fertility rates where they're now highest.

The biggest imponderable concerns Africa. If the demographic transition doesn't happen there, or large families remain in favor, then Africa's population could double again by 2100 to 4 billion, thereby raising the global population to 11 billion, according to a U.N. projection. Nigeria alone would by then have almost as big a population as Europe and North America combined, and almost half of all the world's children would be in Africa. 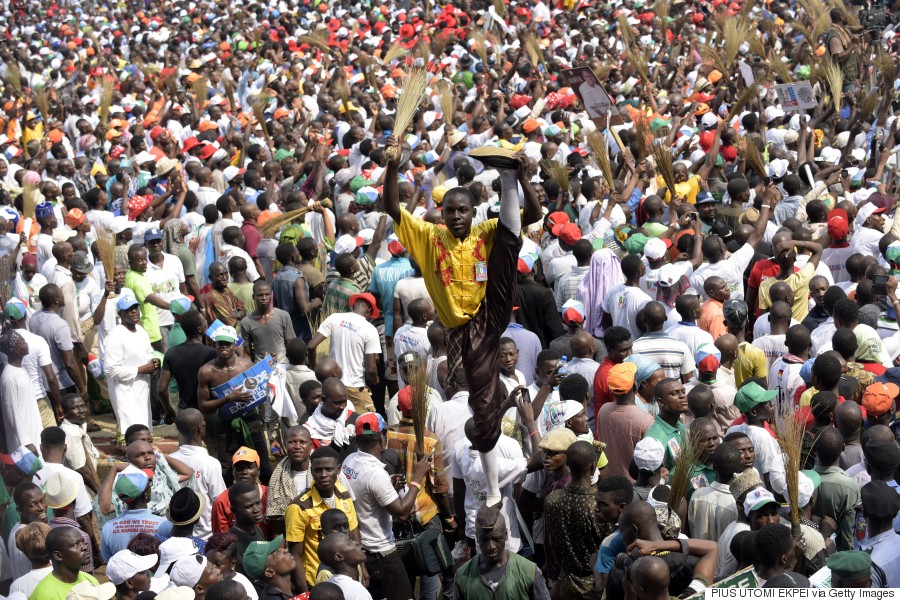 A supporter of Nigeria's leading opposition All Progressive Congress stands on the head of another man during a campaign rally at the Taslim Balogun Stadium in Lagos on Jan. 30, 2015. (PIUS UTOMI EKPEI/AFP/Getty Images)

We must hope that the global population never exceeds 9 billion. The higher it becomes, the greater will be all pressures on resources, especially if the developing world narrows its gap with the developed world in its per capita consumption. And the harder it will be for Africa to escape the poverty trap.

Moreover, if humanity's collective impact on nature pushes too hard against what Johan Rockström calls "planetary boundaries," the resultant ecological shock could irreversibly impoverish our biosphere. Extinction rates are rising -- we're destroying the book of life before we've read it. Biodiversity is a crucial component of human well-being. Humans are clearly harmed if fish stocks dwindle to extinction; there are plants in the rainforest whose gene pool might be useful to us. But for many environmentalists these instrumental -- and anthropocentric -- arguments aren't the only compelling ones. For them, preserving the richness of our biosphere has value in its own right, over and above what it means to us humans.

To quote the great ecologist E. O. Wilson, "the loss of genetic and species diversity by the destruction of natural habitats ... is the folly our descendants are least likely to forgive us."