You never would have expected it, but that cabdriver might be a spiritual teacher in disguise.

1. The Good Samaritan Who Accidentally Introduces You To Pho
Of course it's nice when a kindhearted stranger returns the wallet you thought was stolen; and, of course, that makes your day. But occasionally, these acts of everyday kindness create some minor lifetime bonds. Maybe you accidentally drop your smartphone in front of a Vietnamese restaurant, and the busboy finds it and calls your dad. Not only did he pick it up, but he was thoughtful enough to find the phone number labeled "Dad." From that day on you patronize the restaurant as often as possible, discover a love of the delicious hot noodle soup called Pho and eventually plan your world travels based on your noodley revelation -- you see where I'm going here? Yet another reason to be kind, and to move always in the direction of kindness. You never know what new discoveries lie in wait.

2. Your Friend's Wretched Boss
I'm not saying it's good that your friend's boss issues last-minute mandates that pulverize your dinner plans again and again. But you can still benefit from her boss's bad behavior. Listen to your friend's specific complaints. Does it make her crazy when her boss introduces her as, "my employee" or, perhaps, "the lowly freelancer"? (It happened to me. Don't ask.) Take note so that one day, when you are in a management position, you will know to never, ever introduce the people who report to you as "my minions."

3. The Writer Of The Right Words At The Right Time
If someone writes a memoir well enough, that person ceases to feel like a stranger at all, particularly when something she has written finds you at exactly the moment when you need it, so that it seems this writer is speaking directly to your soul.

Take, for example, Amy Fusselman's 8, a scorcher of a book. For me, reading this passage at a confused and confusing time just about took the top of my head off:

"Time is inside and outside us, it is the fantastic sea we move through, capable of the most astonishing bends and whorls and, of course, like most things that are magical and wild and inside us, we have reduced it to something small and controllable outside us. Time is not magical, we say. Time is the annoying thing I wear on my wrist."

She had no way of knowing I was battling impatience, struggling with parenting -- its difficulties, its roboticness -- when she reminded me of the beauty and magic of it. But still, this stranger, who was kind enough to tell her story, made me a better parent, and probably a better person.

4. The Beleaguered Woman Who Actually Wants To Watch Dances With Wolves
It's a well-accepted fact that trying to hit wolves with Milk Duds in an almost-empty movie theater is a great, constructive activity for high school students, strengthening both hand-eye coordination and hysterical-giggling muscles. But in retrospect (that movie reference didn't date me, did it?), the person who kicked those Milk-Dud Mickey Mantles out of the theater wasn't merely being a total buzz-kill. I still remember the worried-looking older woman who had summoned the usher. She looked not angry but disappointed, and unsettlingly like my own grandmother. Although my rabble-rousing friend whispered, "Jerk," I knew in that moment that we were, in fact, the jerks, that this person was a student teacher of sorts, introducing the mind-altering concept that even though we were teenagers, that was still no excuse to be a jerk. And it stands -- even though you're 22, even though you're 97, even though you're distracted by your friends or a guy or your kids -- that's no excuse to be a jerk.

5. The Elevator Genius
Eavesdropping is, to my mind, a crucial life skill, and one that might lead to learning even more crucial life skills. Listen up, because over the span of an elevator ride, you can learn how to detect a gas leak, check for skin cancer or use flavors in your Sodastream -- potential lifesavers, all.

6. The Buddha in Spandex
Let's take a moment to raise a glass (or, you know, a sports bottle of electrolyte drink) to the bicyclist with an extra inner tube who stops to patiently help you change a flat tire with a hand pump during a race, despite a ticking clock; just that small act of generosity can put an end to your stressy tears and remind you to breathe deeply, to accept it; and that, after all, there will be other races -- even ones where you might get a chance to pay this favor forward.

7. The Distracted Registrar
There are at least two extra (very adorable) humans in the world, thanks to some kind-hearted-or-possibly-negligent registrar at the University of Iowa. Which is to say, I once met a boy in a class that was full, but which he somehow managed to weasel himself into the second week of the semester, during which we made goo-goo eyes and sophomoric, pop-culture references at each other. We eventually got married and the rest is history. (Or anyway, that's how we explain procreation to our two toddlers.)

8. The Recent Grad with the Grande Iced, Soy Mocha
Maybe you started off annoyed at the loud, giddy voice of the recent grad chatting so loudly on her cell phone in Starbucks. But listen to what she's saying: How excited she is to land her first job, to go to free concerts, to put tapestries on the walls of her sublet apartment. Now take a minute to remember what that actually felt like, and maybe, just maybe, you'll get inspired to get some of that giddiness back in your life.

9. The Fashionista In Flip-Flops
Thank you, superstylish woman in the busy office lobby discreetly swapping her flats for heart-stoppingly-high heels, for showing me the secret to coming to work in killer shoes. I thought I was the only one who had feet with feelings.

Earlier on HuffPost OWN: Awesome Reasons To Get Out Of Bed

PHOTO GALLERY
14 Awesome Reasons to Get Out of Bed

Own OWN Live Happier Israeli-Palestinian Conflict 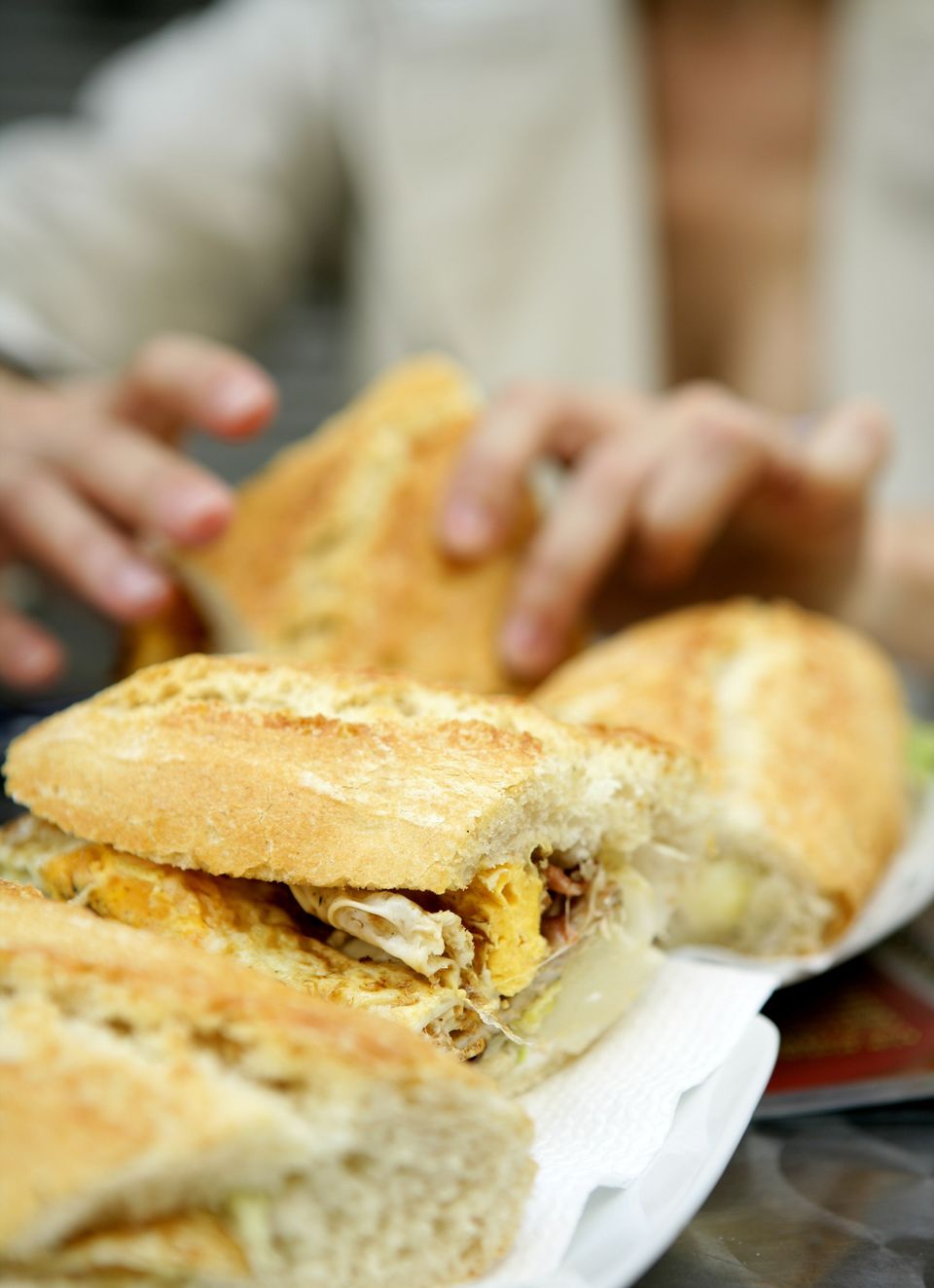