As office holiday parties run out of booze and Christmas cookies supplies run dangerously low, it comes time to reflect upon the highs and lows of the past calendar year. Unless, of course, you're busy hiding from the mistakes you made in 2013, and praying that a brand new scandal of 2014 will eclipse your immense public embarrassments of the last 12 months. Here's a list of people we bet cannot wait for 2013 to be over (finally!):

In 2012, Thamsanqa Jantjie, 34, was basically just your average sign language interpreter, albeit with a seriously shady past and apparently no actual skills in sign language. Then 2013 came and messed everything up: Jantjie was hired to provide sign language translation at the international memorial service for Nelson Mandela. Exciting, right?

Until Jantjie was accused of faking the entire translation, and became the laughing stock of late night comedy news, prompting spoofs like:

At this point, we think Jantjie would probably be completely content with a job as balloon artist.

If you think we're only bringing up this political pariah as an excuse to bust out this Ted Cruz Wrecking Ball GIF one last time...

Well, you're half-right. But, in all seriousness, it's a pretty lousy time to be a Republican and tea party politicians like Cruz are being blamed for alienating the masses. Morale's down, polls are historicaly low, and -- is John Boehner crying again?

4. Everyone who had anything to do with "The Lone Ranger"

It was just a really, really bad year for this ill-fated summer "blockbuster" and everyone involved in it.

We know what you're thinking: Rob Ford has a wife? Well he does, and Renata Ford took "stand by your man" to a whole new level when the crack-smoking Mayor of Toronto became an international clown show. She shied away from the public eye, though her husband did pretty much the complete opposite.

Be nice to all the New York sports fans in your life -- because the city's sports teams are rocking the lowest combined record since 1966. If you're the unlucky fan of a NY sports team...

Play it cool. You're embarrassing yourself, New York! Also, remember that nobody feels sorry for you.

If you think your job is hard, imagine trying to contain this teen star's publicity tornado this past year. Between an alleged visit to a Brazilian brothel, nightclub fistfights and his questionable statement at the Anne Frank house...

.... let's just say it's been a long year. Maybe that's why he recently claimed he was retiring. Don't look back now, Biebs!

Kelly's recent "Santa is White, kids," statement earned her a free Christmas roasting on all the late-night shows. She tried to mitigate the situation with a sincere non-apology, in which she claimed that she was obviously kidding, and c'mon, can't you take a joke?

Here's hoping Kelly has a quiet holiday season, during which she shies away from touchy subjects and simply asks her family to, "Please pass the Caucasian-colored eggnog." She's no doubt banking on the Internet's short term memory to erase the -- wait, what were we talking about again?

Having trouble expanding your company's "social media presence?" You're not alone -- JPMorgan Chase, the country's biggest bank by assets, got deservedly schooled by an angry mob of smart-asses when the company announced their day-long "#AskJPMorgan" Q&A on Twitter. This was apparently a bad idea:

Do you ever feel slighted because you don't have a cool nickname like the vampire squid? #AskJPM

An avalanche of scathing questions rolled in, leading one fan of "36 Chambers" to wonder:

IS IT A FAIR ASSUMPTION THAT YO SOCIAL MEDIA TEAM DID NOT PROPERLY PROTECT YA NECK? #AskJPM #WuWednesday

Yes, yes, we believe it is. The JP Morgan Communications team quickly shut down the operation and hid under their desks for the rest of 2013.

10. The contractor behind Healthcare.gov

You know them as the master-minds behind the greatest blunder in the history of the Internet, so you might be surprised to find out that CGI Federal, the contractors behind the infamously error-ridden Healthcare.gov, actually has a rich, vibrant history of seriously screwing up government projects.

A peek inside a CGI Federal board meeting

They say they faced unrealistic deadlines and that the government failed to properly test the system. Here's lookin' at 2014, guys!

Chip Wilson learned how not to talk about women's clothing after he said that Lululemon yoga pants weren't made for "some women's bodies." He apologized for the gaffe, but still faced the wrath of yogis scorned. 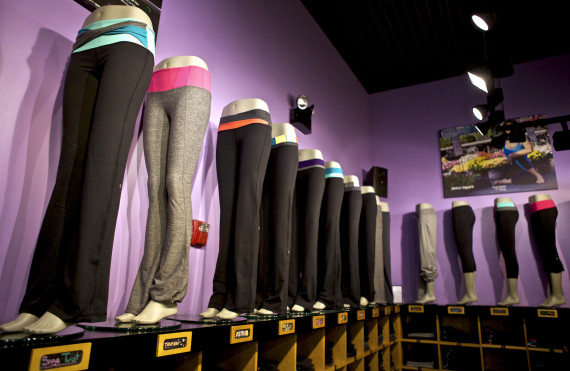 It seems body shaming is pretty much a deal-breaker when you work for a healthy lifestyle brand. On Dec. 10th, Wilson announced his resignation as CEO. Enjoy unemployment. You've totally earned it.

Walmart's public image spent most of 2013 sinking into the depths of bad publicity hell. Between a Thanksgiving food drive benefitting its employees and a claim made by an executive that the "minimum wage debate is shortsighted," the brand has only helped strengthen its position as the poster child of everything that's wrong with corporate America. 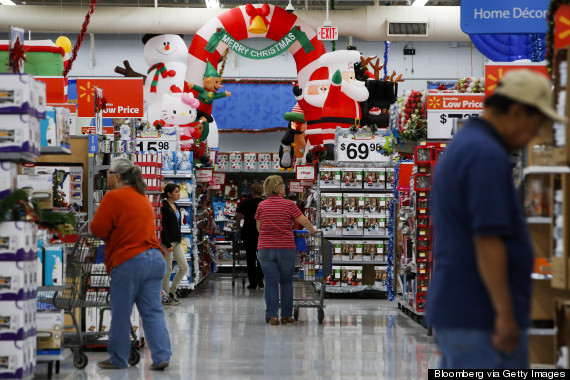 Try as they might, Walmart will not be having a Holly Jolly Christmas

Time heals all wounds, but does it get you the hell out of the Kardashian publicity death spiral? We suspect Lamar Odom will find out.

The former NBA basketball player had a tumultuous year, but now that Khloe Kardashian has filed for divorce and Lamar's pled guilty in his DUI case, maybe 2014 will be the calm after the storm. Or put him on the road to the NBA championship after the storm. That works too.

What say you, 2014? Can you give us the next big media guffaw to turn these people's mistakes into ancient history? Or, if they're lucky, that guy from "Duck Dynasty" will just willingly put himself in the line of fire with disgustingly ignorant comments about African-Americans and gay people. Oh right.