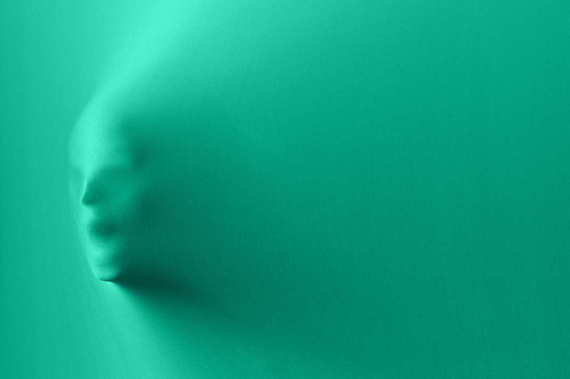 Nightmare is kind of a weird word, etymologically speaking. The night part is obvious enough, but mare has more of an unexpected history: In old English, it was the word for demons who were thought to possess people as they slept. The compound word, nightmare, was originally a term for the spirits themselves, only later coming to refer to the dreams they caused.

Related: Why Do Women Have a Harder Time Sleeping Than Men?

The term has stuck, but nowadays, psychologists have a few other ideas about what causes nightmares. Writing in New Scientist earlier this week, psychology PhD candidate Michelle Carr, who studies dreams at the University of Montreal's Center for Advanced Research in Sleep Medicine, explained the two dominant theories: One is that they're a reaction to negative experiences that happen during waking hours. The other is "threat simulation theory," or the idea that we evolved to have nightmares as a sort of rehearsal for adversity, so that when the real thing rolls around we're better equipped to handle it.

Whether or not they function as a training ground for real-life situations, though, nightmares do have some real benefits for the people who thrash and sweat their way through them, as Carr noted. One 2013 study, for example, found that frequent nightmare sufferers rated themselves as more empathetic. They also displayed more of a tendency to unconsciously mirror other people through things like contagious yawning, a phenomenon that's been studied as an indicator of empathy.

Carr, meanwhile, has found that people who have constant nightmares also tend to think further outside the box on word-association tasks. Other research, she explained, has found support for the idea that nightmares might be linked to creativity:

Sleep researcher Ernest Hartmann, while a psychiatrist at Tufts University School of Medicine in Boston in the 1980s, found that people seeking therapy for nightmares were not necessarily more fearful or anxious, but rather had a general sensitivity to all emotional experience. He concluded that sensitivity is the driving force behind intense dreams. Heightened sensitivity to threats or fear during the day results in bad dreams and nightmares, whereas heightened passion or excitement may result in more intense positive dreams. And both these forms of dreams may feed back into waking life, perhaps increasing distress after nightmares, or promoting social bonds and empathy after positive dreams.

The effects go further still. Hartmann realised that this sensitivity spills over into perceptions and thoughts: people who have a lot of nightmares experience a dreamlike quality to their waking thoughts. And this kind of thinking seems to give them a creative edge. For instance, studies show that such people tend to have greater creative aptitude and artistic expression. Jess and Chris [two of Carr's research subjects] scored highly on a test to measure this, called the boundary thinness scale, and both are artists: Jess is a painter and photographer, Chris a musician.

And, in a satisfyingly tidy stroke of cosmic balance, Carr's research has found that people who often have nightmares also tend to have more positive dreams than the average person.

Related: How to Recover From an All-Nighter

"The evidence points towards the idea that, rather than interfering with normal activity, people who are unfortunate in having a lot of nightmares also have a dreaming life that is at least as creative, positive and vivid as it can be distressing and terrifying," she wrote. "What's more, this imaginative richness is unlikely to be confined to sleep, but also permeates waking thought and daydreams." Even after people wake up and shake off the nighttime demon, in other words, a trace of it stays behind, possessing them throughout the day.

More from Science of Us: 3 Insights From a New Book About Creativity How Neuroscientists Explain the Mind-Clearing Magic of Running You Could Probably Lift a Car, If You Really Needed To What's Happening in Your Brain When You Can't Stay Awake There's a Bright Side to Bad Dreams

More:
creativityscience of usnymag.comhealthy livingnightmares
Newsletter Sign Up
An essential daily guide to achieving the good life
Subscribe to our lifestyle email.
Successfully Subscribed!
Realness delivered to your inbox