Most of us use our smartphones anywhere and everywhere. Walking down the street, in the bathroom, during sex and even at church, we find ourselves glued to that little pocket-sized screen. Many of us -- including nearly half of women who would rather go without sex for a month than without smartphones -- go to great lengths to avoid being separated from our devices.

Here's further evidence of our digital devotion: One in five pet owners would even sacrifice a 30-day supply of cuddles for the sake of their smartphone, according to a recent HuffPost/YouGov poll. 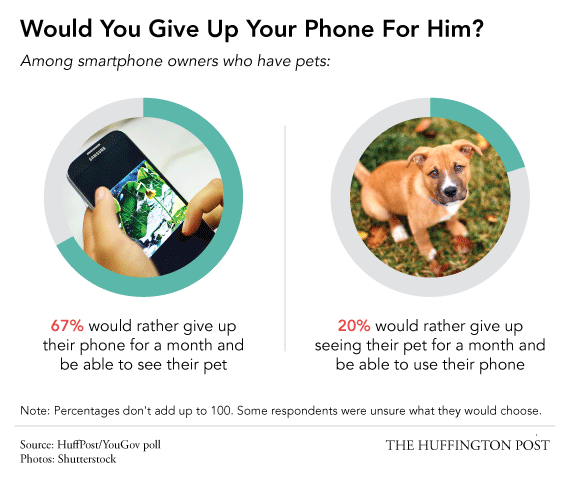