Catalan artist Pep Ventosa’s artwork challenges the notion that a photograph can capture only one specific moment in time. Instead, his series, "In The Round - Carousels," conveys the passing of many moments, creating a photographic amalgamation of different colors, shapes and forms. At first glance, his carousels appear to move before your eyes.

To create this effect, Ventosa takes multiple shots of the carousel while walking around it. He then combines the series of photographs into one composite image that is meticulously worked out in his digital darkroom. The idea first came to him while observing a carousel in Les Tuileries. "That was my Eureka moment," he said.

In an interview with The Huffington Post, Ventosa spoke to us about what he's aiming to capture by overlaying multiple photographs.

“I wanted to see what happens if you overlay the resulting images of the walk into a single one, an image that compresses the subject and its environment into a single picture,” Ventosa said.

The result is a layered, ghost-like collage of moments that bring new life and depth to the subject photographed. “I look for symmetries, balance, rhythm and how they relate to each other,” which he says, unveils “a hidden picture, a discovery of something new.”

Ventosa’s technique not only creates a visually striking image but reexamines the medium of photography itself. He deconstructs and reconstructs photographic images to interrogate what, and how, we see. In Ventosa’s words, his work explores "how we can make pictures, using photographs, to create new visual experiences” and uses “each shot like a sketch or a brush stroke to construct a new picture.”

Ventosa has expanded this project into a larger body of work with a series of trees he has photographed using the same technique, the images of which you can find over on his website.

Take a look through images from "In The Round - Carousels": 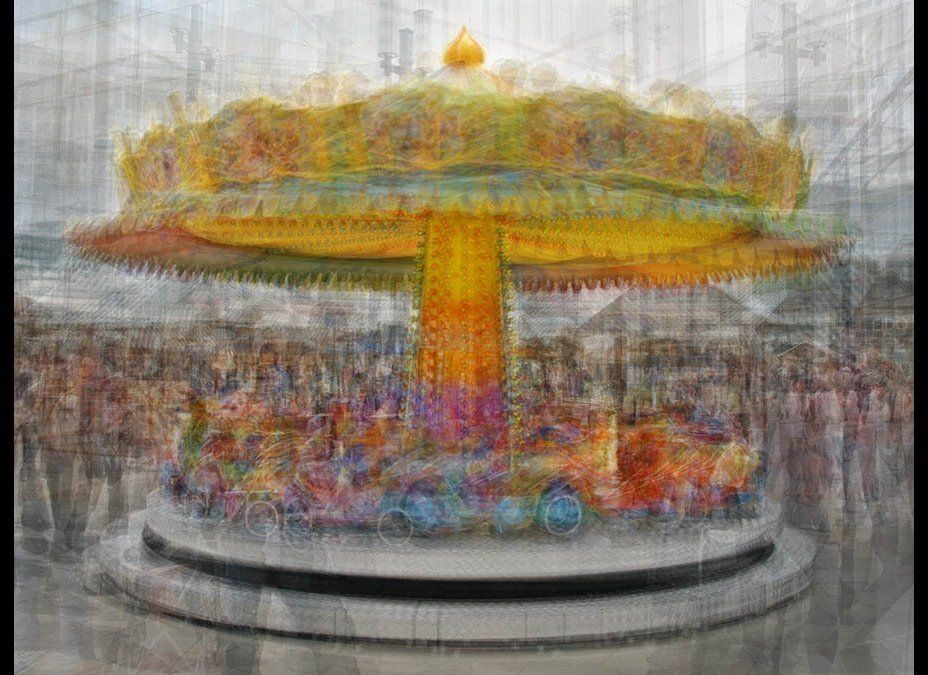