There isn't really a good way to spin a recent report of a Pepsi machine in the Trinidad neighborhood of Washington, D.C. that was rigged to vend malt liquor instead of soft drinks.

Word of the tampering spread when a prominent D.C. blogger, Geoffrey Hatchard, tweeted notes from a Tuesday night meeting of the Trinidad Neighborhood Association. An officer with the Metropolitan Police Department had discovered the vending machine, tweeted Hatchard, who writes for the blog, The District Curmudgeon.

The neighborhood association later retweeted the following, which pretty much confirms it:

MPD has found a Pepsi machine in the front yard of a #TrinidadDC apartment building that was vending cans of malt liquor. @TNAdc

According to the police officer's account in the DCist, the machine had been in place for several months but has since been disabled. The Trinidad Neighborhood Association's president, Daniella Bays, was clearly distressed in an email to DCist regarding the incident:

"The Pepsi machine was in front of a 4-unit apartment and of course no one claimed responsibility for it. It charged $3 for the malt liquor so kids were buying it (cheaper for adults to get at the store)," she wrote.

Although it's unclear how old the vending machine is -- and how technologically advanced it may be -- vending machines created in recent years have been remarkably more advanced than their predecessors. Many have wireless, web-based monitoring that helps protect products from thievery.

In 2011, the Kansas City Star reported that following the recession, some vending organizations began investing in ways to prevent losing inventory -- an arguably better way to make money than raising prices.

One company is Treat America Food Services, which boasted $52 million in annual vending sales that year. Its vending machines in business offices, colleges and hospitals are outfitted with anti-theft gadgetry designed by Cantaloupe Systems that use so-called "seed" technology to, among other things, alert owners when a vending machine door is opened after hours. It's not cheap, though -- each device costs $150, or the equivalent 50 bottles of malt liquor from the now-defunct Pepsi vending machine.

As shocking as liquor vending machines may seem, they're not illegal in every instance. In 2010, the state of Pennsylvania allowed the nation's first wine "kiosks." Machines that vend bottles of wine require a consumer to swipe his or her driver's license, look into a camera and pass a built-in breathalyzer test before purchase.

Japan is much less stringent with alcohol vending machines. The country still allows beer to be sold from them, although efforts have been made to phase them out since June of 2000. One has to imagine how seriously the government is taking the measure, since beer vending machines are still easily found across the country. 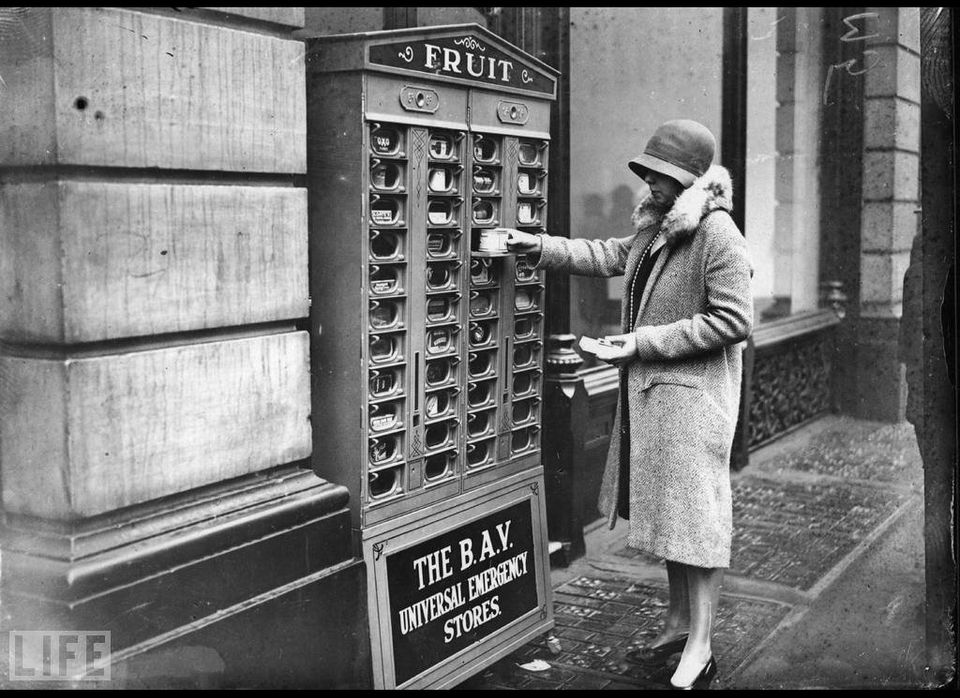