A client was lamenting to me the other day: "I'm not happy with my business!" I get it. None of my clients are when they first come to me; that's one of the reasons they've hired me. But when we dove into the WHY, she was actually unhappy because her mentor had just completed a successful $2M product launch. She's been in business for six months, her mentor for five years, yet she's feeling "less than" because she couldn't do what he did. She perceives his success, and feels that it diminishes her own.

Why? Why do we do this to ourselves? Why compare ourselves to others and find ourselves lacking, and what drives us to focus on these negatives instead of our own success? Because perception is everything.

She sees him as successful -- but is he really? Does his great product launch mean he is a good person, a great father, a kind-hearted soul, and a powerful mentor? Maybe. Or maybe some of these things and not others. The point is, we see each other through the personas we create, through the parts we choose to display or hide. The internet has given us this immediacy, too, that allows us to compare ourselves in a nanosecond and judge ourselves worthy or lacking. 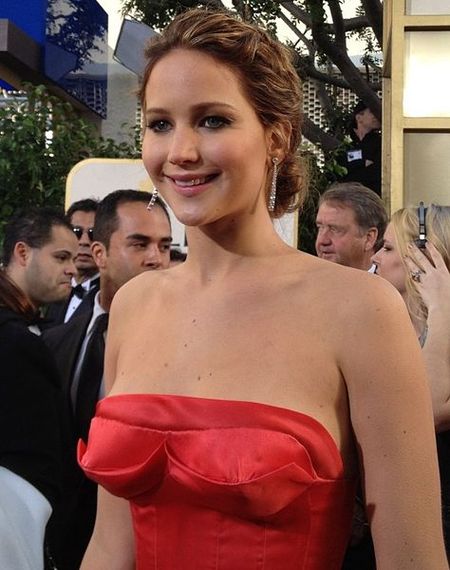 Let's look at actress Jennifer Lawrence. She had been working in the industry for six years doing bit parts before bursting onto the big screen in two huge movies the same year, one of which won her an Oscar and even managed to make falling flat on her face on international television look like graceful fun (and the following year, she was nominated again). Now, there are about a hundred female movie stars in Hollywood, and I guarantee most of them have had this thought at least once: "That Jennifer Lawrence is so damn lucky -- I didn't win an Oscar/get nominated/get that chance!" And those are the successful actresses. There's a whole B echelon who would kill to be Jennifer Lawrence, a C echelon that doesn't think that's ever going to happen, and rings and layers of wannabes and all us regular people who would be happy to change places with her just for a day. The point is, only ONE of us gets to be Jennifer Lawrence, and the rest is envy. 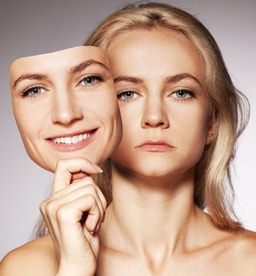 What if we all stopped comparing ourselves to anyone else, and just chose to be... wait for it... ourselves? That's terrifying to most people, but shhhh... let me let you in on a little secret: Our perception of Jennifer Lawrence is wrong. In fact, our perception of most people is wrong, because we think most people are better than we are. By her own admission, Lawrence is insecure and takes prescription meds for anxiety (I can see the US! headline now).

We think most people have what we want but don't have, and we spend a bunch of time thinking about and hoping to be someone else, someone we can never be. Remember, as the great Oscar Wilde said, "Be yourself, everyone else is already taken." And that was about 150 years before the invention of the internet and the immediate ability to show yourself how unimportant you are compared to everybody else.

Most of us, men and women, look at others and think, "If only I..." But the truth is that means everyone else is doing the same thing to you. The women who are bad moms look at you and wish they were better mothers. A client said to me today, "I know this is easy for you, but it's not for me" as we talked about how she could uplevel her business. Yet she can redesign my bathroom in her sleep (home staging and decorating is her business) while I've been attempting to rework the layout in my head for at least the past six months.

We've all got our gifts, our abilities, and some of them, plus a lot of luck, make some of us famous, but not all of us -- and that doesn't make you "less than." In fact, as Jennifer Lawrence would probably tell you, it makes your life a whole lot easier. Because perception is everything.