Long known as an artist with a wide following, Peregrine Honig presents a mutli-fold exhibition of ideas on narcissism, sexuality and identity for her first Kansas City solo exhibition in a decade at Haw Contemporary. These themes are best absorbed when one detaches themselves from a singular ideal and exists in the plural. 'We' is the new 'I'.

This is a room filled with mythologizing, their contradictions and the realities that eventually emerge from both.

The work is informed by a history in transition; portraits established as selfies (more on that in a moment), are forlorn, haunting and desolate without user participation. The desire for social acceptance, heightened by apps, devices and media to make it so is dizzying. Honig has proven with these portraits, or portals, there is no reluctance to engage with an unseen audience.

However the trend may stand with readers, I believe 'selfie' is a word that ought not to be uttered by anyone past the age of puberty. I have been guilty of using that word on occasion and am aware how diminishing it sounds. Proof of accountability sans explanation of the experience is reason enough for me to believe the selfie is an idea whose time has already past. How will these portraits look a decade from now? Will it hold the same remarks and enthusiasm as on opening night? A friend recently elicited surprise that Unicorn wasn't a one-time only event because of the show's interactive aspect. In fact, I prefer that one can revisit the space repeatedly viewing the work in silence, ultimately confronting these portals as empty and forlorn. The burden of responsibility would no longer be on the audience to interact and complete the imagery. They are an important commentary on our culture's narcissism and for that Honig portrays a keen insight to human behavior.

Beyond their social aspect, there are some paintings that appear foggy and overworked when you look more closely. #steamwheel (2014) seems a bit confusing; while the running legs are strong and sexy, a background of dripping pink paint presents a distraction rather than a textural quality. I felt similarly towards (#electra, 2014); any delicate qualities of the masked figure are lost to unedited strokes. In another room, however, a small painting of a red rabbit is perfection. Honig leaves the blood red markings as they are and does nothing else to the canvas. An entire story is told in just a few strokes.

Commanding one wall of the gallery are two flags draped from long poles (#transfiguration, #transgenderflag, both 2014) feels somewhat removed from the context of everything else in the space. It is more a problem of presentation than anything else. These flags would have worked better had they been erected as banners. Without a wind source to give them buoyancy, the icons hung limp and the audience was unsure how to respond. But they add another symbol to currently existing identifiers. Our need for assembly is essential and Honig is not dictating but rather presenting us with another dynamic of the human condition.

Unicorn is a look at our culture's changing tide; we are in an evolutionary stage, one in which we will remain cocooned for a long time to come. Tempus fugit, but societal attitudes can be a glacier. Honig acknowledges such an idea in #lamby, (2014), a stunning taxidermied lamb resting atop a gently cut slab of cottonwood limestone and kept sacred under a handblown glass dome. Is it preserving an innocence or virginity? Or is it something so transcendent as to be completely unobtainable? Carefully crafted objects like this questions one own fleeting existence.

The strongest pieces in this exhibition are those most defined (#discosaintselfie, 2014). Sometimes her hand displays an incredibly delicate touch (#faberge, 2014). The black lines outlining each flower are something I could look at all day. The same goes for the title piece, #unicorn (2014). That man-woman-child figure is naturalistic as a Tenagra figurine with the sturdiness of one of Gauguin's tropical beauties. The anatomical touches, hands and feet slightly too large, suggests the idea of transitioning from one gender to another. But the subject is also so young looking, breasts not quite fully developed, hips too slender, that such an act does not seem possible. Honig's gestural painting is a marked move away from her very strong illustration skills and well defines the fancy in betrothing her ideas of myth and transition.

These ideas Honig profers of giving up oneself to the group collective is a very modern way of thinking, if we are to survive as a species, humans must eventually sacrifice any semblance of total privacy and reshape ourselves as one enormous groupthink, (another idea in support of the selfies demise) and that includes less definitive roles of gender and sexuality. A recent New York Times Magazine article discussed this momentum at one-time women only US colleges ("When Women Become Men at Wellesley"). Issues of identity and gender have long been a theme throughout Honig's career. As she continues to fuel these ideas and strengthens her abilities to meet them will take a great deal of discipline. Mythology dictates unicorns may only be seen by virgins, but Honig is becoming pretty adept at seeing it all. 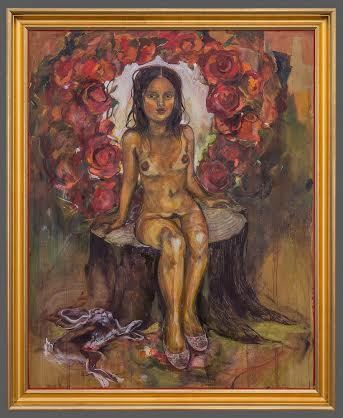 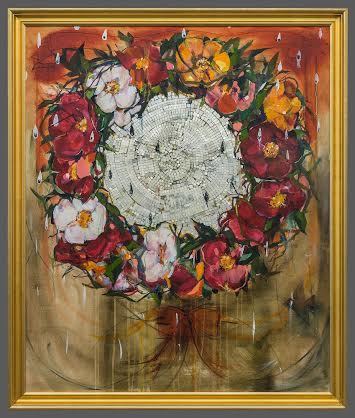 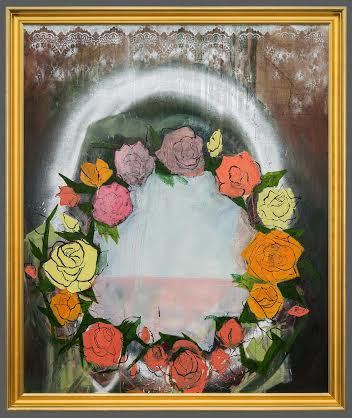 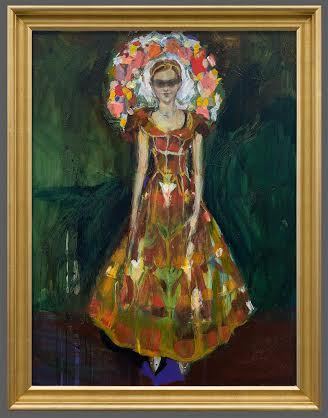 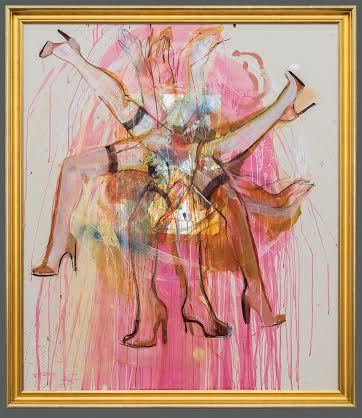 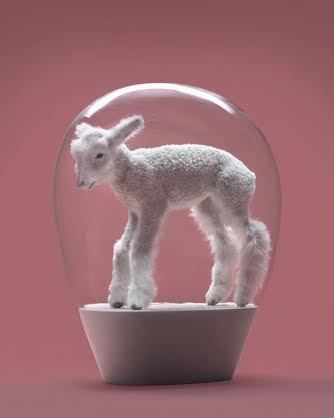 All images courtesy of Haw Contemporary and EG Schempf