Three months ago, when I heard the news about the proposed erasure of LACMA's old campus in favor of an ambitious new building by "starchitect" Peter Zumthor, I felt sad. In my initial response I said, "These old LACMA pavilions are definitely not architectural masterpieces, but so much good history for us is there, with all the countless visits we have made there to exhibitions, concerts, and different events. I always enjoy the particular energy passing between all these imperfect buildings of the old campus." And later, in another program, I referred to the campus as "a cluster of aging buildings [that] comes across as an unintended portrait of all of us, coming to this City of Angels from the four corners of the world. These buildings are not perfect, but neither are we." 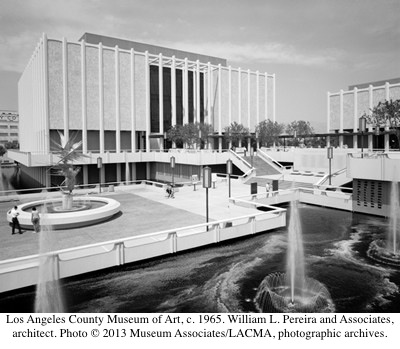 Ironically, while Michael Govan, LACMA director, along with museum trustees, suggests getting rid of the aging buildings, the Nevada Museum of Art chose to celebrate William Pereira, the very architect who designed LACMA's original campus. 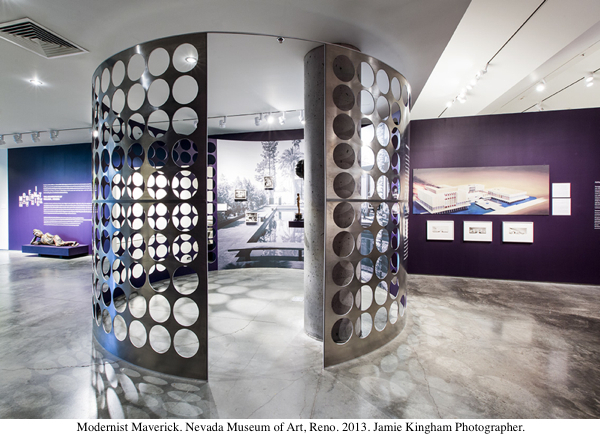 I haven't seen this exhibition yet, but just by going through its catalog, I'm not only impressed by its unconventional, very appealing design, but also pleasantly surprised to read hefty praise for Pereira, whom this exhibition celebrates as a "Modernist Maverick." 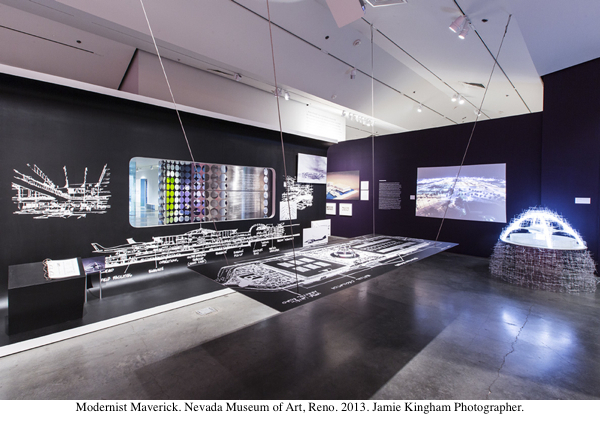 For example, Paul Goldberger, Pulitzer Prize-winning architecture critic, says, "William Pereira is one of those modernists who truly shaped postwar California. His buildings did as much as those of any architect to give modern architecture public face, and to make it the symbol of the new world taking form in California in the nineteen-forties, fifties and sixties. His work looks more compelling with every passing year. It is very much time to give his career the serious analysis it has never actually had." 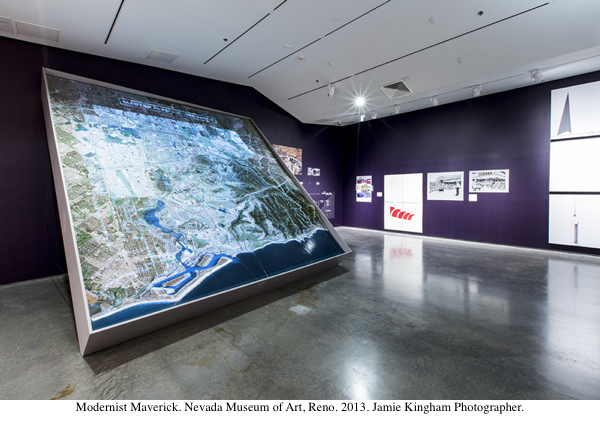 Ed Ruscha, whose iconic painting, the Los Angeles County Museum on Fire (1965-68), was inspired by Pereira's architecture, is quoted in this catalog: "He occupies a position that can't go unnoticed in LA. Now I look at some of the things [Pereira] has done, and they come around and tap me on the shoulder." 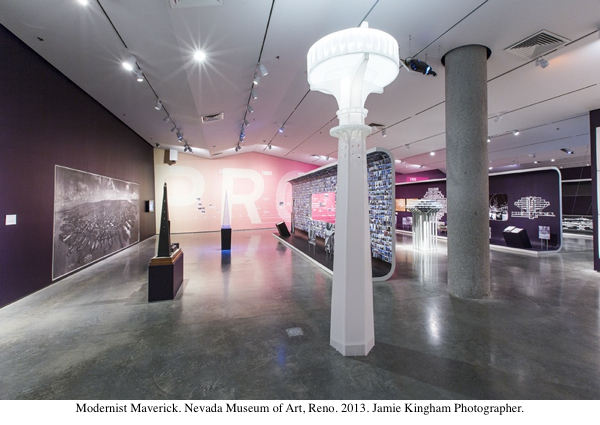 If any of the above caught your attention, check out the photos of this exhibition on the KCRW.org website in today's Art Talk. The installation shots demonstrate a rather daring, highly imaginative design, which breaks with the tradition of academic, pedantic presentation of most architectural exhibitions. I have never been in Nevada before, but the Pereira exhibition definitely tempts me to go there.

On a final note, dealing with the danger of LACMA's old campus being erased, I want to quote LA Times architecture critic Christopher Hawthorne, who recently wrote, "In architecture... there is a very fine line between a building that is unfashionable and one that is ripe for rediscovery... There is time for Los Angeles to get to know these buildings -or know them again -before we decide how much sense it makes to knock them down in favor of something new." 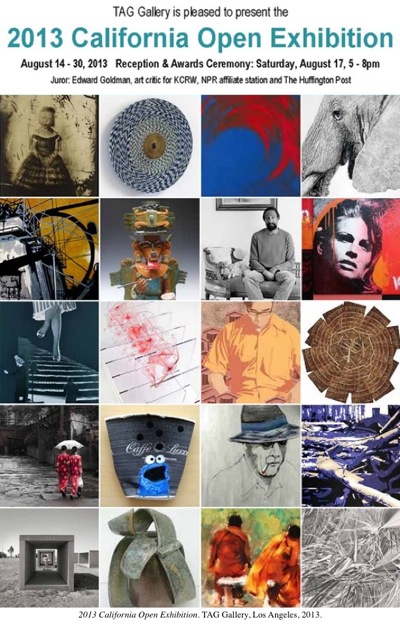 And now, my faithful listeners, let me alert you to something that might be of interest to you this coming weekend. This Saturday, August 17, the TAG Gallery at Bergamot Station will host a Reception and Awards Ceremony for artists who were chosen for its annual juried California Open Exhibition. Yours truly was asked to be a juror for this exhibition, and after reviewing the portfolios of 500 artists via email, I chose 39 finalists. The Reception and Awards Ceremony will take place between 5 and 8 pm. I will be speaking at the opening, during which the names of the three prize-winners will be revealed. It would be great to hear from you and find out if you agree with my selections or think that I've lost my mind.