After well-received guest stints on “Glee” and “The Sopranos,” Perez Hilton is hardly a novice thespian. But his latest project could very well be his most ambitious foray into performing yet.

This month, the celebrity blogger and multimedia entrepreneur will sing, dance and act in “NEWSical the Musical,” Rick Crom’s off-Broadway comedy which skewers the latest celebrity and political scandals among other other current events. Describing “NEWSical” as “a lot like ‘Saturday Night Live,’ but with music,” Perez speaks with the confidence of a Broadway veteran -– perhaps not surprising given that the 34-year-old originally dreamt of a stage career, having earned his BFA in acting from New York University.

Taking a breather from a busy rehearsal schedule that includes singing lessons, Perez talked exclusively to HuffPost Gay Voices about the Drama Desk-nominated show, his new compilation CD, his role within the lesbian, gay, bisexual and transgender (LGBT) community and that One Direction breakup scandal.

The Huffington Post: Congratulations on your upcoming stage debut! Did you ever think you’d performing on stage in New York City?
Perez Hilton: Yes! I jokingly have been saying that I somehow manifested this into being, just because it was something that I’d always dreamt of, but I really put the energy out there in a much more powerful way over the past year.

On my website, in interviews, in Twitter and on Facebook -- every opportunity I had -- I said, “One day I’m going to be in a musical in New York.” And less than a year later, it’s happening. Now I’m upping the ante and saying next year, I’m finding a husband!

What’s the rehearsal process been like so far? How are you feeling?
I’m feeling really prepared, confident, calm…I’m feeling excited. I have a lot to prove. I want to build awareness of myself in the theatergoing community. I’m almost back where I began…I went to NYU and I studied acting, so it’s almost like I’ve come full circle.

I’m here to prove to people that I don’t suck, that I am easy to work with, drama-free, professional and I’m not a diva. I definitely would love to do more onstage in New York; of course it would definitely be a dream to be on Broadway. But even if that doesn’t happen, I’m really thrilled just to have this experience.

It seems like someone in your position would be offered other stage projects. What drew you to this particular role?
It just really seemed like the perfect fit. "NEWSical" is very topical…they talk about celebrities, they talk about politics, current events, trends and anything that’s newsworthy. So does Perez Hilton! The show does it in a fun, fresh and irreverent way and so do I.

There are parts of the show where I’m playing myself, and there are parts where I’m playing characters. There’s one number that’s inspired by all the drama that went down this summer at Chick-fil-A; there’s another where I impersonate Paul Ryan. I don’t want to give too much away because part of the fun is going to see what I’m going to do, but I’m told I can reveal that much (laughs).

Your stage debut won't even take place until Sept. 17, yet the news has already garnered mixed responses among the theatergoing crowd. How do you feel about that?
I totally understand skepticism, cynicism and snarkiness (laughs) so it doesn’t surprise me, and I think it’s deserved. I haven’t proven myself in this arena yet.

I’m just here to have fun and work hard, and I know that if I work my hardest and try my best, I’ll be happy with the outcome even if I get bad reviews. Like everyone else, I would love to get great reviews, but that’s not why I’m doing this. I’m doing this because it’s a dream come true and it’s something new. I don’t take myself very seriously. I just like having fun and doing different things. I’m a hustler!

As is often the case, a lot of the criticism seems to be coming from other gay men. Do you feel like you have any responsibility to the LGBT community at this point?
I used to not think so, but now I do. I used to say that I wasn’t trying to represent anybody, that I wasn’t a spokesperson for the gay community just like I’m not a spokesperson for the Latino community. The difference is now, I definitely am mindful of the energy that I’m putting out there and my actions, and I don’t want to be perceived as somebody that the LGBT community should be ashamed of or embarrassed by in any way.

The comparison that I like to make is…a lot of LGBT people don’t like Rosie O’Donnell, but I don’t think they’re ashamed of her. I don’t think that they perceive Rosie as someone who is contributing to the corruption of society. I don’t need gay people to like me; I just want them to no longer think that I’m a bad representation for gays.

Did your recent weight loss contribute in any way to your decision to take on the role?
It’s aided my confidence in every aspect! I didn’t start to feel confident and comfortable in my new body until a couple of months ago…sometime this summer. And it’s been a four-plus year process of getting fit. But it’s really taken me this long to accept my body, look into the mirror and say, ‘Wow, you’re looking good, you’re feeling good, and I’d do you.’ (laughs).

You’ve also just released “Pop Up,” your first musical compilation CD. What’s the inspiration behind that?
The inspiration for me behind the compilation album was two-fold. One was really to document this moment in time when I believe pop music is back with a vengeance, and unapologetically so. And I also wanted to create a collection of songs for people who were looking for new songs for their gym mix. I’m constantly looking for new songs to play when I’m working out because I find that music is so important to me at the gym. If I’m able to inspire people to be healthier with this album, that’s a double win for me. I put a lot of thought into every single song and I had a real vision for everything.

The Huffington Post and other media outlets recently reported that several celebrities including Lady Gaga and Demi Lovato unfollowed you on Twitter after you implied that One Direction was breaking up. Any truth to that?

I loved that! Listen, if I can be in the middle of controversy without being negative, bring it my way! I don’t think I was being nasty or mean, I was just stating my opinion.

They said Miley Cyrus had unfollowed me on Twitter, and she even took to Twitter [to deny even following me in the first place]. They also said Britney Spears also unfollowed me; I don’t think that’s true either. There was a lot of things that were untrue being said, none of which bothered me…the more stories out there, the better! 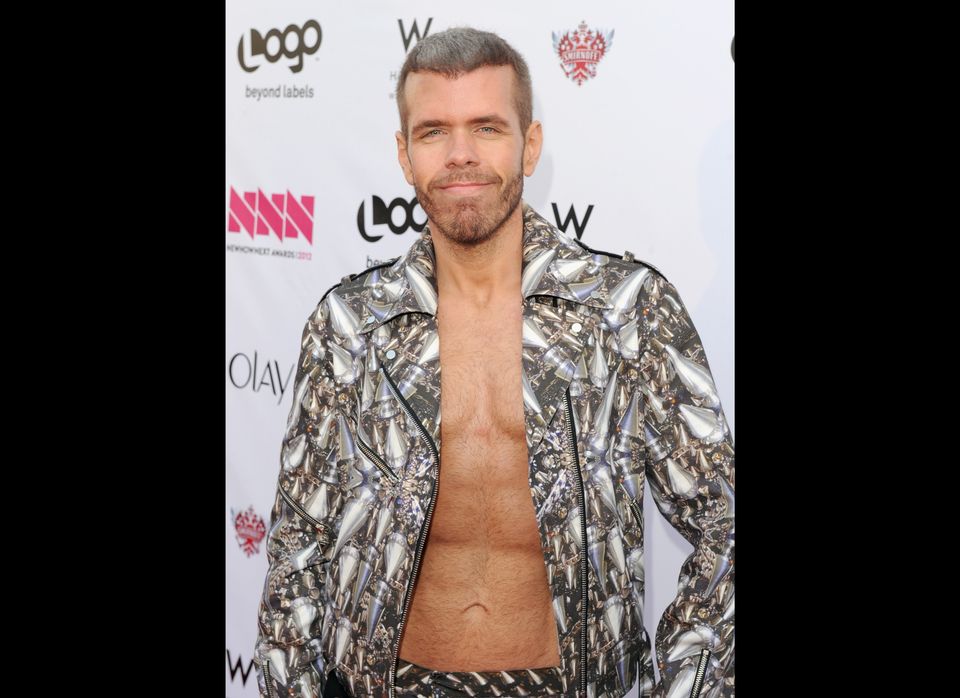