March Madness is coming up, so we just wanted to remind you that there is basically no way you are going to pick a perfect bracket. Sorry.

Jeff Bergen, a mathematics professor at DePaul University, calculates that if you randomly fill out your bracket, you have a one in 9,223,372,036,854,775,808 chance of doing so perfectly.

That’s one in 9.2 quintillion, for those of you too lazy to count, which explains why local rich man Warren Buffett felt confident enough last year to promise $1 billion to anyone that was able to do the near-impossible.

“It would be easier to win the Mega Millions lottery two times in a row buying one ticket both times than it would be to get a perfect bracket,” Bergen said in a release by DePaul University. “Getting a perfect bracket is also the mathematical equivalent of picking the winning party of each presidential election through 2264.”

He added: “It would be more likely for the next 16 World Series to be won by the Chicago Cubs and Chicago White Sox than it would be to pick a perfect bracket by guessing," which is a low blow to Cubs fans.

The calculation is actually fairly simple. Since there are 64 teams in the tournament, but you have to correctly predict who will win 63 games, since the eventual champion never loses. As one team loses and one team wins each game, you can then calculate two to the 63rd power, which is 9,223,372,036,854,775,808. Math! 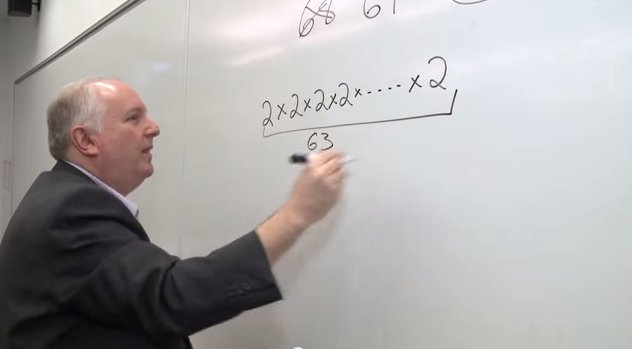 This is what math looks like, folks. Soak it in.

People have taken issue with this calculation in the past, noting that very few people fill out a bracket do so without considering seeding, etc. “Nobody actually picks brackets this way; even very casual fans incorporate relative seeding,” Reuben Fischer-Baum wrote last year on Deadspin. “For all practical purposes, 1 in 9.2 quintillion is a terrible estimate of how hard it is to pick a perfect bracket.”

Bergen agrees that a little knowledge can go a long way. In fact, if you incorporate all your basketball know-how, he says you can bring your odds of filling out a perfect bracket all the way down to one in 128 billion.

And actually, at those odds, you'd be an idiot not to bet your life-savings.