At first, term limits made sense. At first, letting the giant wooden horse into the gates of Troy made sense, too. For many, the possibility of voting for a Democrat who was a Republican nine months ago makes less sense. 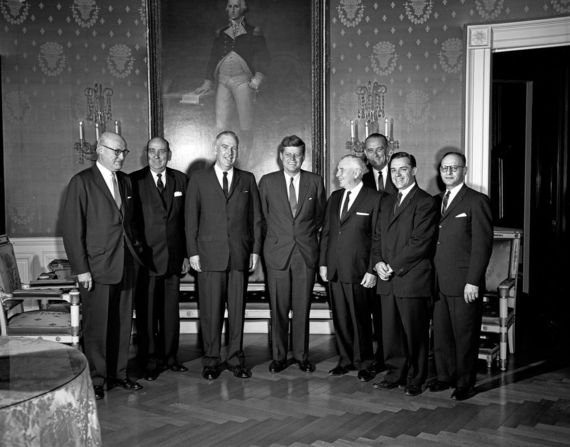 Comfortable with the Democrats, Congressman William Broomfield (R) of Michigan, second from right

"We've always had term limits; they're called elections," joked retiring U.S. Republican Congressman, William S. Broomfield in 1996 to me when he was being inducted into the Royal Oak Dondero High School Hall of Fame. Michigan had just voted to only allow its state elected officials a few terms under the design that it would eliminate "career politicians."

Instead we have legislative musical chairs with no one staying in one job long enough to make any decisions that have any impact beyond six years. Like short-lived mayflies, state reps exist just three terms then they move on to the next election--maybe a state senate seat, sheriff, mayoral race or the FIFA World Cup advisory board.

Broomfield and his alma mater's namesake, George Dondero, together represented my town of Royal Oak for 60 years in Congress, from FDR's first year to Bill Clinton's first. By most accounts, they were both steady, even if Dondero leaned too close to McCarthy for the history books to ignore and his attacks on modern art are legendary. Broomfield retired extremely popular on both sides of the aisle for his ability to compromise and see the medium and big pictures -- even if they were modern.

"I'd make a deal with a democrat that if he'd vote for my bill, I'd help him out with his bill in a couple of years."

But along came Grover Norquist and his "Taxpayer Protection Pledge." Yesterday in Troy, four of the five state senator hopefuls for my 13th district showed up for a friendly debate before the August 5th primary. They all vowed that they would oppose taxes despite the general uproar in the state coming from the bottom of thousands of potholes this past winter. 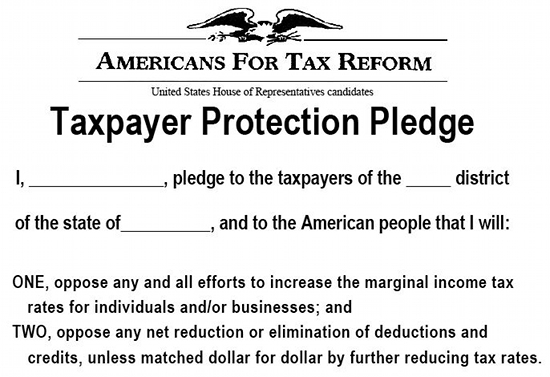 What could be simpler?

This "all-for-one and none-for-all" mentality might not make those four musketeers cringe, but it did cause one young Republican to leave his party.

Last September, Ryan Fishman decided to become a democratic candidate for the right-leaning district that represents many of the wealthiest cities in the wealthiest county in the country. Thanks to term-limits, John Pappageorge has to move on but it seems hardly unlikely that anyone not a Republican is going to lose in Troy, Bloomfield Hills, Birmingham or Rochester Hills -- even if a swarm of lefties were to emerge from Clawson, Royal Oak and Berkley.

Before last September, Ryan Fishman was a Republican. He was raised in Bloomfield Hills and is the son of an attorney -- not uncommon in those parts of the woods. But his mother was a 40-year public school teacher in L'Anse Creuse and he saw her side of the world as well. She'd wake up up at 4:30 a.m. be home at 4 p.m., take care of the family, grade papers and go to sleep at 9. His father, an attorney, went to his office around 8, but made all of the kids' soccer, cross country and wrestling meets, and was able to exercise in the middle of the day. "The joke I always made, and my father hates this, is that I never understood, she did all the work and he'd get all the money."

He thinks the Right-to-Work bill is terrible for business and leadership in general, promoting its own welfare since it allows non-union members of a company to receive the benefits of the negotiated union contract. "How is that fair?" he wondered that seems to fly in the face of the pre-Reagan Republican who was conservative fiscally, but not necessarily socially. He states plainly, as did Republican governor George Romney who legalized public worker unions, that strong public schools and quality-pay for teachers makes financial sense.

But well beyond Right-to-Work, Fishman decided he could no longer toe the GOP company line: "I believe in a woman's right to choose. I believe that if you're gay in Michigan, you shouldn't be fired because of your sexual orientation."

Regarding the Norquist pledge and the five men running for the seat from his former party, Fishman is bewildered, "In corporate law, if you're on the board of directors of a corporation, you cannot sign a pledge as to how you're going to vote or sign away a proxy before you get to the room at the board meeting to guarantee that you're actually being responsive to the issues being brought before you, that you haven't been bought or sold off, whatever it might be. I don't see why it should be any different for legislators."

The two scalding hot-buttons of Roe v. Wade and gay rights mark the difference between the duel belts of the party -- steel and Bible, business and religion. And like any fiduciary, Fishman questions the short-vision of educational funding with quick-money made from charter and cyber schools' with little to no accountability, such as leases for buildings that are 300-500 percent above market value, and wonders why teachers like his mom aren't paid what they're worth. "We pay a lot to athletes and movie stars but they're not the ones who are ultimately responsible for the next generation of our country. It costs [nearly] $150,000 to get a kid from kindergarten to 12th grade. If the kid drops out, it costs the system $2 million over the life of that child in social systems." 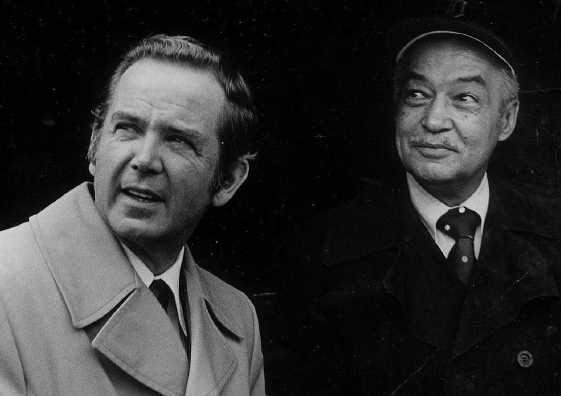 Many Kennedy Democrats in the 1970s admired Michigan governor Bill Milliken. My own uncle, Harry Kelly, was a Republican governor during World War II and was a champion of veterans -- himself having lost a leg in France in World War I. But Harry's son told me that his dad wouldn't recognize his party today. Fishman points out, "If you look at every monumental figure of the last 100 years that you would identify as a Republican leader today, I think we'd turn around and realize that this is not the party that they represented."

"I just can't stand by and wear that 'R' next to my name with what it means -- where I'm on the same pedestal with someone like Todd Akin who thinks there's a difference between a rape and a legitimate rape."

Perhaps it's the same look the first citizens of Troy gave a large wooden horse when Ryan Fishman approaches their democratic doorstep, but he's going to keep knocking on 10-15,000 more doors over the next few weeks before the August 5th primary and see if some voters on the right and the left might meet him somewhere in the middle.