This clip is part of HuffPost Live's "Tell Me Why" series, featuring young enthusiasts discussing the subjects they're passionate about -- from horror movies to string theory -- with experts.

Ten-year-old Cosmos Varady probably knows more about the periodic table of elements than many adults. When he joined HuffPost Live to talk about his passion for science, he told host Josh Zepps that his love for the subject has even inspired a nickname.

"People call me Cos, so my favorite element is osmium. It's just like one letter away from being Cosmium," he said.

Still curious about the periodic table, Cosmos decided to make his own. After drawing out the table, he collected as many real-life examples of elements he could find, and then placed each example on top of the correct element box. 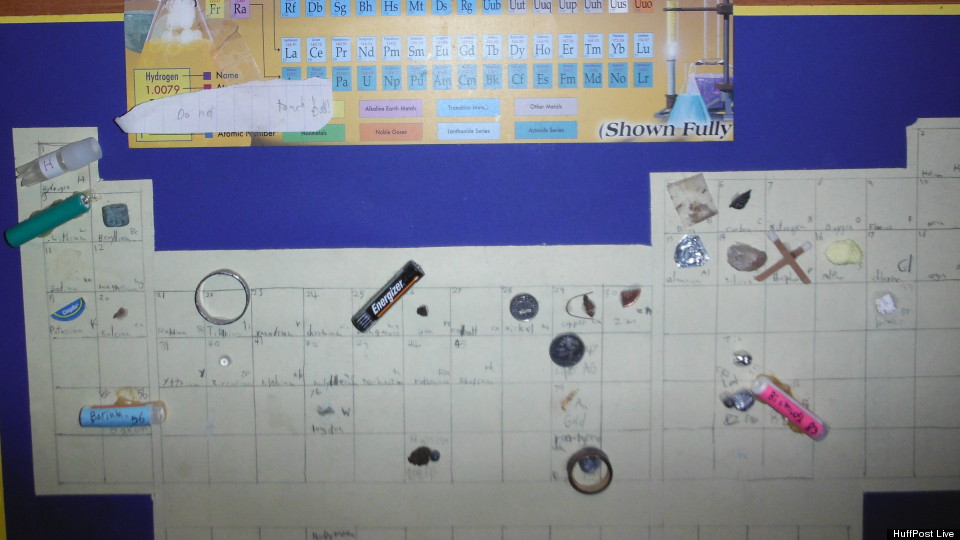 The young scientist said his interest in the periodic table was sparked by his father, but he still considers himself at the start of his scientific journey.

"I will be a scientist, but I'm not really sure what kind. There are many branches of science that I'm interested in, and the periodic table is just the one that I chose," he shared.