ADHD is as common as the common cold these days. What teacher hasn't noted strange behaviors at the beginning of the year, wondering if this student or that will end up on Ritalin? What parent hasn't at least suspected that her child might be affected?

While it may be a bit beyond the pale to go looking for the cause of a one-off display of odd behavior, it makes sense that we would want to identify issues with an eye toward appropriate interventions. One sign that most people don't associate with ADHD, however, is compulsive overeating.

Did that take you aback? It shouldn't.

Those with ADHD have a higher rate for compulsive overeating and obesity than for the general population. And it only makes sense: ADHD is all about acting on impulse. So is overeating. 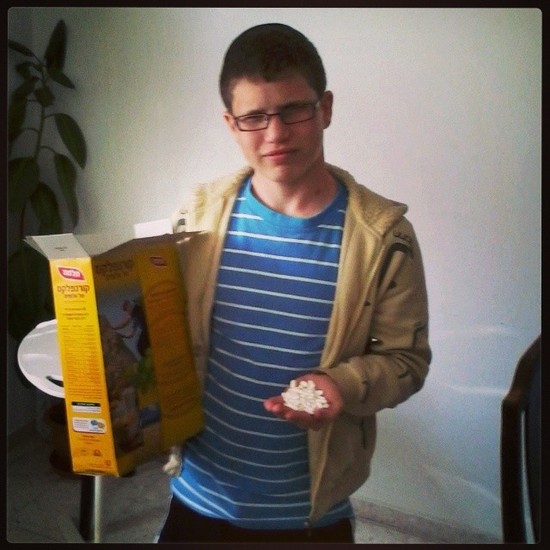 Canadian psychologist John Fleming, Ph.D. has taken a closer look at the phenomenon -- the link between ADHD and eating disorders -- and found that the risk for ADHD is five times greater for compulsive overeaters. Fleming explains that ADHD in many ways is about the difficulties of processing information. That would extend to bodily sensations, which may be misunderstood as hunger pangs by those with ADHD.

If you're the parent of a child with ADHD, at this point you may be thinking, "Oh great. ADHD isn't bad enough? Now I've got to worry about my son developing an eating disorder and becoming obese?" 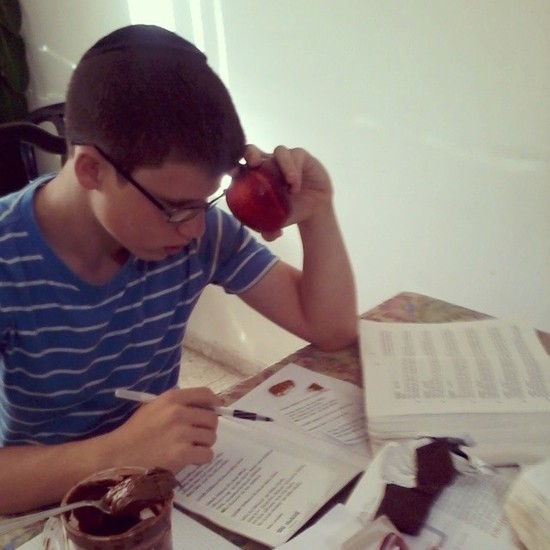 Not so fast. There are ways to get ahead of the problem. It doesn't have to become an issue.

In the afterschool programs run by Kars for Kids, we've developed methods for coping with this tendency toward overeating in kids with ADHD that really work. Here are some of our tried and true techniques:

Put Symptoms to Work
A child with ADHD who thinks he is hungry doesn't stop to think about it, but grabs a bag of fat and sodium-laden chips to munch. Instead, put that energy to work. Give him a cutting board and some beautiful fruits and vegetables and have him make up a great-looking tray. And if he munches while he's creating his work of art, it's guiltless pleasure.

Get Physical
If it's about the need to be doing something that turns into hand-to-mouth stimulation (eating), have him drop down and give you 20 (push-ups) or take a run around the block together. Exercise is fun. It engages the body and the mind, increases energy, and makes kids (and adults) forget about eating. Almost no one is hungry after a workout.

Remove Temptation
Kids love ice cream and junk food (don't we all?). Don't feed (no pun intended) the impulse by keeping these foods around. If ice cream is the issue, make your home a no ice cream zone. Instead, designate trigger foods as only for special occasions at venues outside the home, such as restaurants. Even then, set limits and specify one serving only. No doggie bags for leftovers, either.

Drive Away Boredom
Eating is often the outward manifestation of boredom, so tackle the boredom by having your child engage in activities that give him the stimulation he craves. Instead of eating, have him take up the flute, paint a still life, or plant an herb garden. It's all good with one caveat: don't let him watch TV. Nothing will send him to the microwave popcorn faster than the boob tube.

Give Kids the Grazing Habit
When the mind runs 100 miles per hour, it's hard to get it to slow down long enough to realize that it's time for a meal. The realization that dinnertime has come and gone may only be driven home by the most painful twinges of actual hunger. There's a tendency at that point to shovel in the food like a maniac, in the struggle to fill the empty feeling.

Deal with this problem by scheduling smaller meals at regular intervals. Every four hours, have your child eat some carrot sticks and dip or sip a mug of soup and munch an apple. Smaller meals more often is the best weapon against skipping meals.

Cultivate Mindfulness
Compulsive overeating is a problem because it's an illness that takes away control. Have your child fight the tendency to overeat by having him notice the sensations that accompany the act of eating. At five minute intervals, have him stop to consider whether he's still enjoying the food and if he is beginning to feel full. This can help your child learn to get in touch with his own feelings and sensations. Mindful eating is the way to combat the urge to mindlessly shovel in the mashed potatoes. When one is aware that one is full, it's a lot easier to put down the fork.

If this all seems rather overwhelming, take it slowly. Choose one tip here and really work it -- together with your child. Keep the gates of communication open and enlist your child's help in fighting the temptation to overeat. Soon enough, you'll find these steps are making a real difference in your child's life. That should be enough to give both of you the impetus to continue. With a can-do attitude, the two of you can win the battle, every time.