If you've read any of my previous blog posts, you've noticed that I, like most women, have struggled with confidence issues at different points in my life. We all go through difficult and awkward stages, mostly in the horror show of junior high, but mine were so severe and debilitating I barely spoke.

When I joined the basketball team, I went through the whole season without talking to a single teammate, and yet all the players would hug my dad at practice. Why did I feel so inadequate? It was a toxic combination of only child syndrome, a stressful family life and anxiety issues. It seems strange, but one outfit and one day somehow changed everything for me. It made life kind of...livable.

Let me back track. For my entire childhood, I was by most definitions a tomboy, probably because I thought my gender was Simba or dinosaur or whatever cartoon character I was into at the time. My mom was a working single gal, so dressing me up was never the most important thing on her mind. She was more concerned about affording my daycare, and I just wanted to crawl on my hands and knees like a lion. Let's just say I didn't dress like a Gap Kids model and there were no '90s era frilly dresses or hair accessories. Save for a few pairs of smiley face socks, there was nothing too snazzy in my closet.

My best friend at the time, Lindsay, on the other hand had a wardrobe straight out of the "Parent Trap." Her mom and dad were bitter divorcees that tried to buy her love with monochromatic sparkly ensembles that put my baggy jeans from JCPenney to shame. She was the one that introduced me to Limited Too, American Girl and good old fashioned mall shopping.

Limited Too sounded like a magical land where there was glitter on EVERYTHING so naturally I had to go there. My mom and I made the trip from the Bronx to Westchester, where there are actual malls. After lots of begging, I left with an awesome baby blue satin oriental print shirt and pants set that was on sale because I think it was actually a pair of pajamas.

Since I wore a uniform at school and my extracurricular life only involved building my rock and Pokemon collections, I had nowhere to wear my new digs. So I saved them for picture day, which is kind of like a debutante ball for Catholic school kids.

I had never been so excited to go to school before, and when I walked into the classroom that day people noticed me and gasp I received compliments -- before then I had never even known what those were. To say I felt empowered would be an understatement. What I discovered in that moment was that I could communicate to people without saying a word. I had so many things to say, and such a complicated inner world but no way to reach out to other people: clothes became a way to do that. I was saying to everyone, "I have opinions! I made this choice!" In a confusing and scary world there was one thing I could control: my appearance. 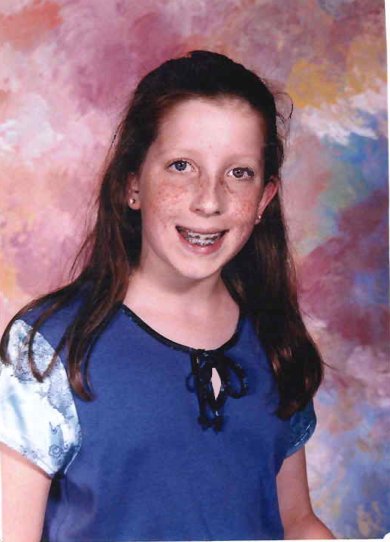 Me in 5th grade wearing the outfit

Over that year my interests started to drift further and further away from my peers. I obsessively listened to a heavy metal girl band Kittie, and I didn't think Justin Timberlake was cute at all. Soon getting dressed had less to do with pleasing other people and became more about expressing my interests. I stopped comparing myself to other people and thought about what I liked. It was like creating and being my own movie character and it didn't involve Disney this time. Yes, I wore awkward fishnet tops and sneakers with skulls on them and people thought I was weird, but it didn't matter. I was expressing things that I felt inside: anger, frustration and just feeling like an alien. I was making so many statements. I was an eleven year-old performance artist. No biggie.

When I got to high school, my interests and style changed, the same with college and even multiple times after that. But of course through all of it, the important thing wasn't what I was wearing. It was what I was doing in the clothes: developing a good brain and having fulfilling experiences. But feeling good about myself in what I was wearing made me stop being a hermit and do these things. I've found that wearing wacky things really facilitates conversation in a city that's hard to engage with socially. I even met my best friend after she complimented my jacket. 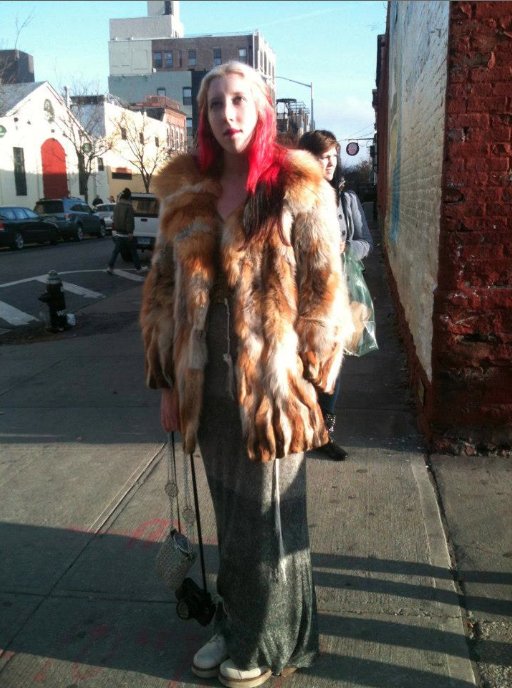 Me now. Still rocking the same half-up do.

This post might make it sound like I'm trying to get you to join my fashionable cult, but that's not the case. I have a lot of issues with fashion as a feminist and general earth walker. It's a business that often exploits women's insecurities to sell things, and that sucks. But in the right hands (your own), it can be the coolest thing ever. And for those ladies who feel like putting time and energy into their appearance is a burden, that's totally cool too.

Personal style is exactly that personal do as little or as much as you want with it. It's secondary to the life you lead.