One of Peru's most popular musicians has released an optimistic climate change anthem as the title track of his newest album Amazonas (scroll down to watch video).

While Pedro Suarez-Vertiz has produced numerous hits, he is also well known for writing socially conscious songs. For these reasons, he is a beloved musician and celebrity in Peru. He has also gained an international audience because of songs like "Cuando Piensas en Volver" (When You Think of Returning), an anthem for expatriates who miss their countries. 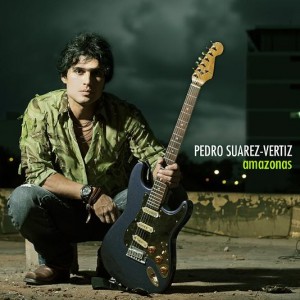 Perhaps his latest cause is not that surprising. Peru is considered to be one of most vulnerable countries in the world with regard to the effects of climate change. NBC News recently reported a frightening estimate: by 2022 most of Peru's Andean glaciers will have melted. The glaciers currently produce 80% of the freshwater in Peru and also help produce 80% of the country's electricity through hydroelectric power. Needless to say, the stakes are high.

Pedro has released a video for "Amazonas" that features imagery from across the Amazon and Andes regions. It makes a persuasive case for action. I will translate the lyrics below the video. You can buy Pedro Suarez-Vertiz's music on Amazon.com and also on iTunes.

Lyrics to "Amazonas" (translated from spanish):

How can we stop it
I only sing I don't know
But someone should know
Yes, the experts have faith
We should have care
Polluting never is good
Is it too late?

It's never too late to learn

It's not an illusion
We should be conscious
The whole Earth is changing
And water, water is important
It will be better
If we're already warned
That we need to be preparing

You can read more from Levi Novey at www.levinovey.com