Bonnie Wirtz recalls the nurse practitioner's private words as she was released from a rural Minnesota hospital last month: "I want to let you know that you are not the first person I've seen that has come in for this."

The evening before, in the small farming community of Melrose, Minn., a plume of pesticides from an overhead crop duster seeped into Wirtz' bedroom via her air conditioner. Within minutes, her heart began to race and she struggled to breathe.

"I was almost in cardiac arrest," said Wirtz, a new mom, of her condition once she reached the hospital. "They had the paddles ready."

As the nurse hinted, the Wirtz family is just one of many in central Minnesota who believe they have endured the effects of not only heavy dousings of agricultural pesticides, such as what Bonnie experienced, but also frequent, lower doses that drift by invisibly throughout the growing season, contaminating their air, water and food.

Further, the pesticide chlorpyrifos that snuck into Wirtz's home as it was sprayed on a nearby alfalfa field is just one of a long list of agricultural chemicals recently detected in communities across the farming region.

Pesticides can veer from their intended target and put people at risk in a variety ways, explained Jim Riddle, organic outreach coordinator for the University of Minnesota's Southwest Research and Outreach Center. Strong winds will send pesticides across great distances, and hot temperatures alone can be enough to cause pesticides to drift, said Riddle.

From 2006 to 2009, in an effort to detect pesticides in the air they breathed, residents of central Minnesota set up air monitors on everything from back patios to school rooftops. One or more pesticides were found in 64 percent of 340 samples taken by the so-called drift catchers, according to results published by the nonprofit Pesticide Action Network in May. The most commonly detected chemical was a potato fungicide, chlorothalonil, which the U.S. Environmental Protection Agency classifies as a "probable" carcinogen and "highly toxic" if inhaled.

Chlorpyrifos, also detected in a number of samples, has been implicated in long-term health problems, including learning disabilities -- on top of known heart and breathing troubles. Just last Wednesday, the U.S. Environmental Protection Agency announced new restrictions on the use of the pesticide, including a lower limit on how much can be applied, in order "to increase protection for children and other bystanders."

"A lot of moms are wondering why their children are having increasing allergies and asthma. They're wondering why many are having miscarriages or children born with heart defects," said Wirtz, noting how much more vulnerable a fetus or child is to pesticide exposures, compared with an adult, and how grateful she is that her 8-month-old son, Jayden, wasn't in her bedroom during last month's incident. "After all this happened, I started doing research and making connections. I don't think a lot of people realize what's happening to them." 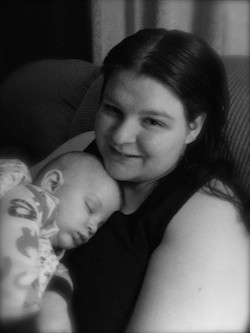 Robert Shimek, a resident of central Minnesota's White Earth Indian Reservation, set up a drift catcher on the rooftop of the tribe's Pine Point School. The elementary school sits next to a farm that supplies potatoes for McDonald's french fries. Students have just begun attending Pine Point year-round -- through the summer potato growing (and pesticide spraying) season.

"These children are at the right age to be at the most harm from chemical exposure," said Shimek, adding that the "vast majority" of air samples caught at the school contained pesticides.

Shimek said he's seen third-graders with stomach cancer and many kids with learning disabilities. He said he believes there's a likely connection.

Perhaps most concerning to experts like the University of Minnesota's Riddle are the potential risks posed by a constant bombardment of small doses of pesticides -- day after day, year after year -- along with the fact that a person is rarely exposed to just one pesticide, let alone one environmental contaminant, at a time. Research has found that toxic chemicals can accumulate, combine and interact, both in the environment and in the human body.

Other experts said they doubt that the typical low-dose exposure to pesticide drift poses any substantial human health concerns.

"Drift catchers are going to find something. That's not the issue. The issue is, will it do anything to people?" said Allan Felsot, a toxicology professor at Washington State University. "The stories are anecdotal. You can feel ill just by knowing a field is being sprayed."

Riddle said a lot of questions remain. "Not near enough research has been done on low-dose chronic effects," he said, "nor on exposures to two or more pesticides at the same time."

Two weeks ago, Shimek, Bonnie Wirtz and several other rural Minnesota and reservation residents met for drift catcher training and to coordinate plans for clearing their communities' air of pesticides.

"We are just at the front end of this effort, which is going to ask some very tough questions about children's health and about environmental health," said Shimek, whose grandchildren are slotted to attend Pine Point School in a few years.

Shimek has also been working to start a dialogue between the tribal community, McDonald's and one of the fast food giant's major raw potato suppliers, R.D. Offutt Co., which operates the potato field adjacent to the tribal school.

Jill Scandridge, director of public affairs for McDonald's USA, told The Huffington Post the company recommended that community members work with the producers directly on cutting pesticide use rather than with McDonald's. "We're open to facilitating discussion with" R.D. Offutt, she said.

When The Huffington Post questioned R.D. Offutt about the residents’ concerns, Warren Warmbold, the Midwest business manager for the company, shared a written statement: "We meet all Federal and State pesticide use regulations and practice Integrated Pest Management, as defined by the EPA, which means that we prevent pest damage with the least possible hazard to people, property and the environment."

After HuffPost raised questions, the company agreed to meet with Shimek and other concerned citizens.

Still, Shimek expressed disappointment with McDonald's. "If McDonald's does nothing about it then it is a McDonald's problem as well as RDO's," he said. "Customers should know that the golden french fries of Mickey D's come at a price."

Meanwhile, the Wirtz family has reported the June incident to the Minnesota Department of Agriculture, and the neighboring alfalfa farm now notifies the family every time it sprays pesticides.

Bonnie said she remains worried about potential long-term consequences of exposures for Jayden and other kids.

"I would love to see these chemicals banned for the health of our children and grandchildren," said Wirtz, who has vowed with her husband to grow an organic farm. "There are other ways to farm without using massive amounts of chemicals."