LONDON (Reuters) - Wild bees and honeybees are put at risk by three pesticides from a group known as neonicotinoids, Europe’s food safety watchdog said on Wednesday, confirming previous concerns that prompted an EU-wide ban on use of the chemicals.

The European Food Safety Authority (EFSA) report, which covered wild bees and honeybees and included a systematic review of scientific evidence published since EFSA’s 2013 evaluation, is seen as crucial to whether the European moratorium on neonicotinoid use remains in place.

The updated risk assessment found variations due to factors such as species of bee, exposure and specific pesticide, “but overall the risk to the three types of bees we have assessed is confirmed,” said Jose Tarazona, head of EFSA’s pesticides unit.

The European Union has since 2014 had a moratorium on use of neonicotinoids - made and sold by various companies including Bayer and Syngenta - after lab research pointed to potential risks for bees, which are crucial for pollinating crops.

EU nations will discuss a European Commission proposal to ban three neonicotinoids next month in the Plant Animal Food and Feed Standing Committee.

“This is strengthening the scientific basis for the Commission’s proposal to ban outdoor use of the three neonicotinoids,” a spokeswoman for the EU executive said.

Crop chemical companies have argued that real-world evidence is not there to blame a global plunge in bee numbers in recent years on neonicotinoid pesticides alone. They say it is a complex phenomenon caused by a number of factors.

The industry lobby said that while it allows that there may be a risk to bees, EFSA has overstated it. It argued that any risk can be managed and a ban would cause further harm by forcing farmers to extend agricultural lands.

“Farmers need access to a broad range of tools to protect their crops,” Graeme Taylor of the European Crop Protection Association said.

Two major field studies in Europe and Canada published last year that sought to examine real-world effects gave mixed results. They found some negative effects after exposure to neonicotinoids in wild and honeybee populations, and also some positives, depending on the environmental context.

Environmental campaigners said the study confirmed regulators should act to ban the use of neonicotinoids.

Wednesday’s EFSA report looked in detail at three specific neonicotinoids - clothianidin, imidacloprid and thiamethoxam –and assessed bee exposure to them via three routes: residues in bee pollen and nectar, dust drift during sowing or application of treated seeds, and water consumption.

Some scenarios, such as when the pesticides are used on crops inside glass greenhouses, present a low risk to bees, Tarazona told Reuters. But others, such as using neonicotinoids on flowering field crops that attract bees, are high risk.

He said EFSA’s findings would now be shared with European Commission risk managers and then with EU member States, who will decide on any potential changes to current restrictions.

Pesticides Put Wild Bees At Risk, Food Safety Watchdog Confirms
How To Help Save The Bees -- Even In Winter 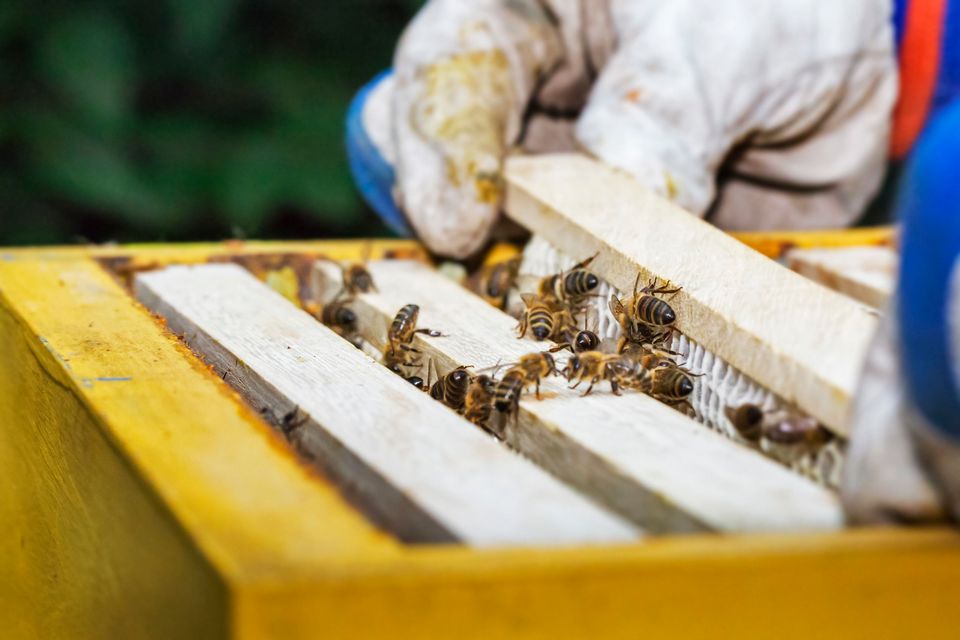