HERNDON, Va. -- "You are your pet's 911," says Ines de Pablo, the owner of a Northern Virginia-based pet emergency management company called Wag'N Enterprises. She is 911 to a lot of other people's pets, in addition to her own cat and two dogs.

De Pablo got interested in pet emergency management in 2005 after Hurricane Katrina. She'd already been working in the emergency management field: She moved to D.C. from her native Switzerland in 1997 to study criminal justice and, after a stint teaching marksmanship in North Carolina, got her master's degree in risk, crisis and emergency management from George Washington University in 2004. The thousands of pets affected by the hurricane made her change course.

"It was bad enough for the people," she says. "The animals really got the wrong end of the stick. I figured I needed to do something about that."

Wag'N Enterprises was founded in 2007, and through it de Pablo now teaches classes, like pet first aid workshops geared toward owners and animal safety classes specifically for first responders (a possible benefit to these classes is to make law enforcement officers more comfortable with dogs, and potentially decreasing incidents of puppycide).

De Pablo develops and sells pet first aid supplies, too, like first aid kits named after her dog Mayday, a bandana printed with a flow chart detailing how to respond to different emergencies, even a "Pet In Distress -- Heat Alert" card to use when dogs are left in cars on hot summer days.

She is also a supplier of pet oxygen masks to an increasing number of first responders across the U.S., and the devices are already paying dividends, having helped firefighters in New Jersey to save 20 dogs stuck in a house fire.

Few doggie day cares have yet engaged an additional service offered by Wag'N Enterprises: For "no less than $10,000," de Pablo will create comprehensive emergency management plans for pet facilities like doggie day cares.

"It's going to take one fire," de Pablo says. "That's what scares me."

De Pablo explains that part of her motivation to develop new products and learn new skills is her dog Gypsy's accident-prone tendencies.

"Gypsy jumps into cactus, she eats cactus. A snake is a stick that moves -- she has to chase it. She's constantly doing goofy stuff," de Pablo says. "We live in a scary universe, but I love it." 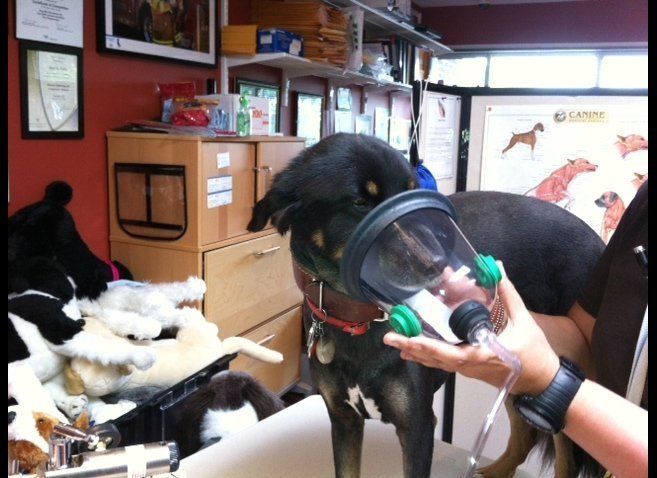