The "Sexiest Astrophysicist Alive" has joined forces with People for the Ethical Treatment of Animals (PETA).

In a new PETA ad, world-renowned astrophysicist Dr. Neil deGrasse Tyson suggests “kindness is a virtue,” and more people need to show compassion for the fellow inhabitants of our planet.

Dr. Tyson, who is the director of New York City's Hayden Planetarium, said in an interview with PETA President Ingrid E. Newkirk, "Maybe humans aren't as good as we should be in our capacity to empathize with the … feelings and thoughts of others -- be they humans or other animals on Earth.”

Dr. Tyson went on to explain the importance of compassion, and state that “part of our formal education should be training in empathy. Imagine how different the world would be if, in fact, that were 'reading, writing, arithmetic, empathy.'"

A New York Times best-selling author, Dr. Tyson most recently wrote “The Pluto Files: The Rise of Fall of America's Favorite Planet.” He is also the host of PBS' Nova ScienceNow and a regular contributor to popular magazines, newspapers, and television programs. Perhaps most importantly, he has received People's "Sexiest Astrophysicist Alive" title. [Text and ad below video.]

Other celebrities have also been featured in ads for PETA. This year, Ke$ha and Iggy Pop teamed up to speak out against Canada's annual harp seal hunt, and Bob Barker condemned SeaWorld for forcing Orcas to swim in small, concrete tanks.

Many celebs have even appeared nude in the “I'd Rather Go Naked Than Wear Fur” campaign, including recently, George Clooney's ex-girlfriend, Elisabetta Canalis.

The group also recently called for Pope Benedict XVI to "truly go green" by making the next popemobile without leather, since production of leather is "toxic to the environment, it's also hell for cows."

Since its inception, the outspoken animal rights group has been the focus of both praise and controversy for its work.

In July, the organization picketed the film 'Zookeeper' over animal abuse allegations, after a giraffe "spent the last few months of his life confined to a 20-foot-by-20-foot stall." The statement was refuted by the American Humane Association. Also that month, the organization's undercover video of dogs and cats being tortured resulted in felony charges for lab workers. 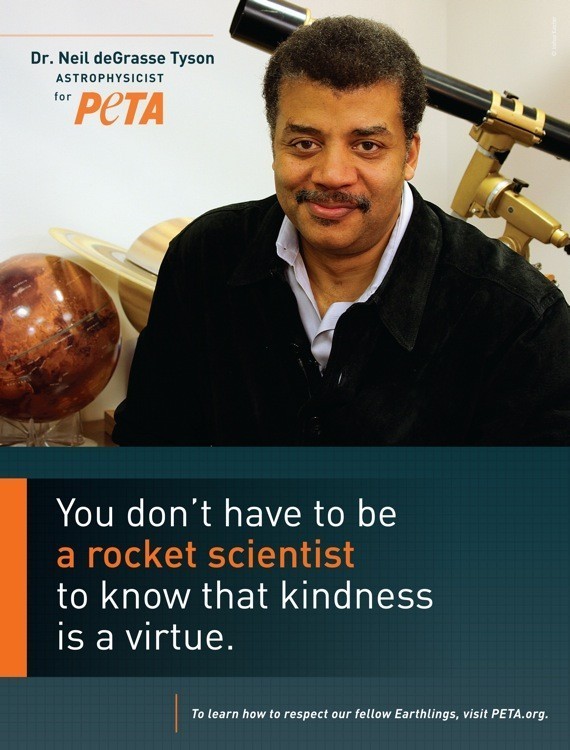