WASHINGTON -- It's hard to know if you should feel worse for the kids or the birds.

People for the Ethical Treatment of Animals will be protesting this year's White House Easter Egg Roll, making a statement about the mistreatment of chickens.

Politico reports that the animal rights organization plans to hand out leaflets about chicken cruelty and egg production at the April 9 event:

The leaflet from the People for the Ethical Treatment of Animals is titled, "Eggs Are Better Lost Than Found" and reads, in part, "Eggs come from millions of chickens who spend their whole lives locked inside small cages in dark buildings. They never get to be out in the sunshine, walk around, or even stretch. These places are called 'factory farms,' and they are mean to chickens."

The pamphlets, designed using "kid-friendly language" according to one PETA employee, and which will be given out outside the White House, also go on to explain how some male chicks are discarded alive at birth since they don't produce eggs.

About 30,000 kids and parents -- along with the First Family, cabinet secretaries, costumed super-heroes and some yet-to-be-announced performers -- are expected at this year's egg roll. Activities during the day will include cooking demonstrations, sports, hunting for hidden eggs and the egg roll itself, a race to prod brightly-colored eggs across the White House lawn using wooden spoons.

This year marks the 134th anniversary of the event, which used to be held on the Capitol grounds until the late 1870s when Congress, worried about damage to the grass, passed a law ending this tradition. President Rutherford B. Hayes moved the roll to the White House lawn in 1878.

Here's a slideshow of White House Easter Egg Rolls through the years: 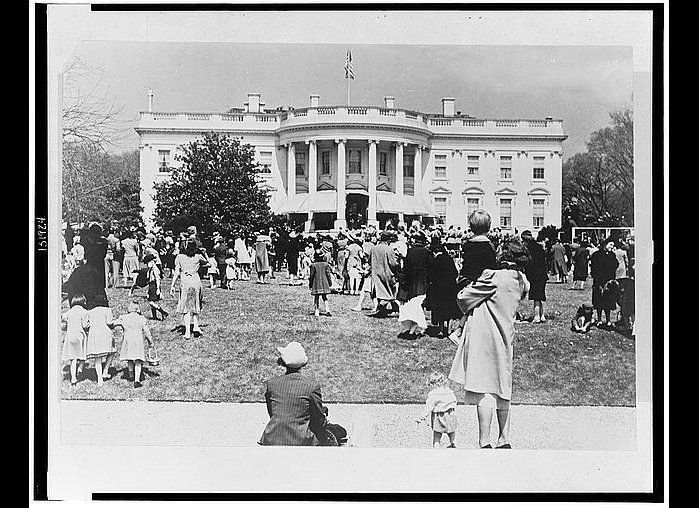