This is one publicity stunt Kim Kardashian didn't orchestrate herself.

Amidst the reality star's scandal over her remarkably short nuptials to Kris Humphries, PETA is targeting Kim Kardashian in a new billboard campaign that publicly criticizes her fox fur wardrobe.

First reported by Hollywood Life, the billboard shows an image of Kim Kardashian wrapped in fur next to a pair of young foxes and a message that reads: "KIM: These babies miss their mother. Is she on your back?"

"Kim knows that animals on fur farms are beaten, electrocuted, and often skinned alive," PETA Senior Vice President Lisa Lange wrote in a statement on their website. "We've explained it to her, and she's watched a video expose that was filmed inside fur farms. When Kim is ready to put an end to her relationship with fur, PETA will be happy to take her discards and donate them to the homeless."

PETA's fur campaign has received plenty of attention lately. Earlier this week, the group criticized Nintendo for the Super Mario Bros. character's Tanooki suit in the newly-released game for the Nintendo 3DS. The suit, modeled on Japanese raccoon dogs called tanuki, gives the video game character super powers in his quest to save the Princess.

While the E! reality star prefers animal-skinned fashion, The New York Daily News reminds readers that her sister has taken a completely different stance on the matter.

Khloe Kardashian stripped down for PETA back in 2008 as part of the organization's "I'd Rather Go Naked Than Wear Fur" campaign.

*Scroll down to see more photos from the "I'd Rather Go Naked" campaign. (WARNING: SOME IMAGES CONTAIN EXPLICIT CONTENT)*

But PETA doesn't stop with simply criticizing the fur industry and its customers; they also propose some solutions. On their website, PETA's cruelty-free clothing guide offers tips on looking trendy without hurting any animals.

Check out the opposing billboards featuring the two Kardashian sisters below. 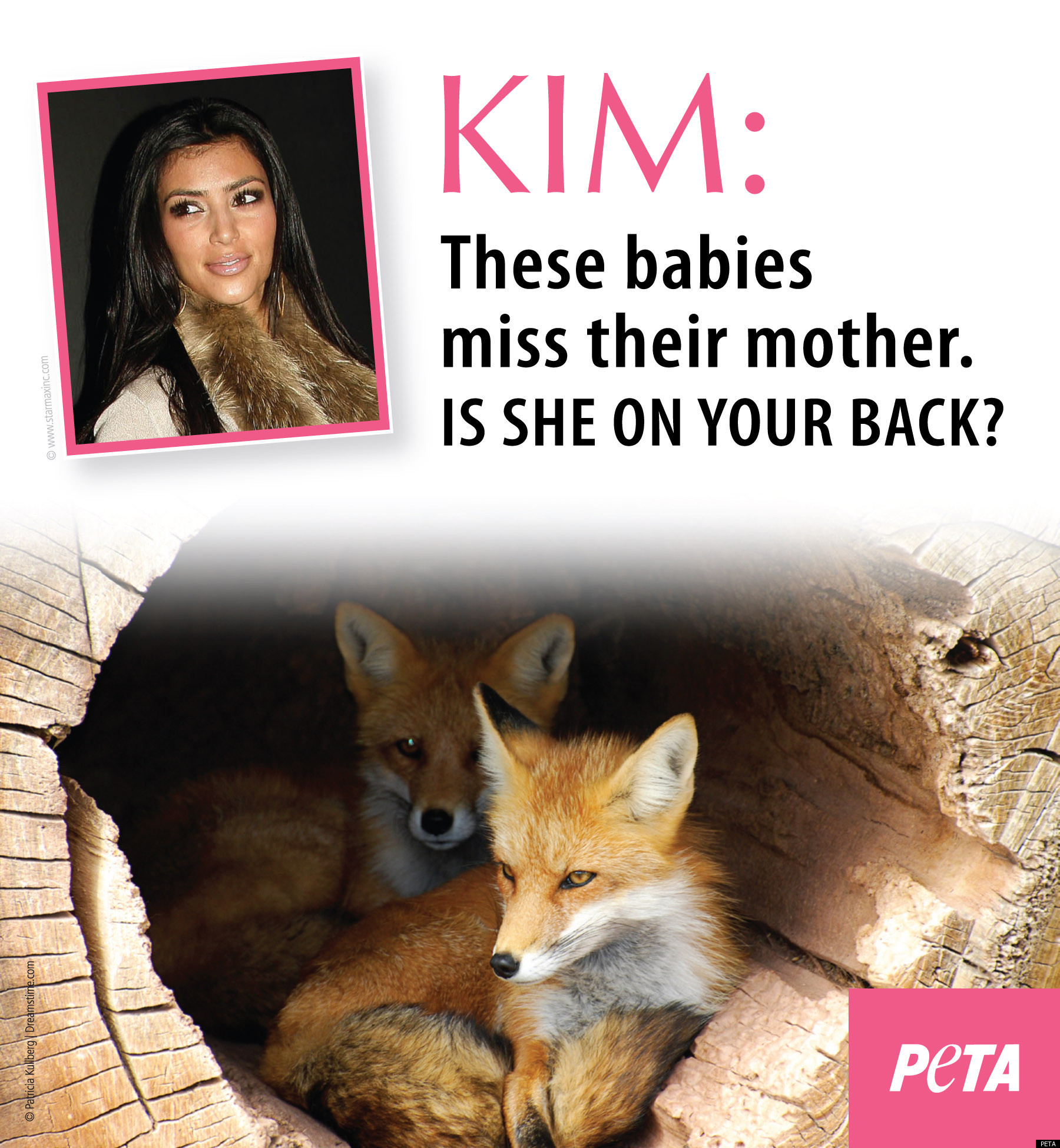 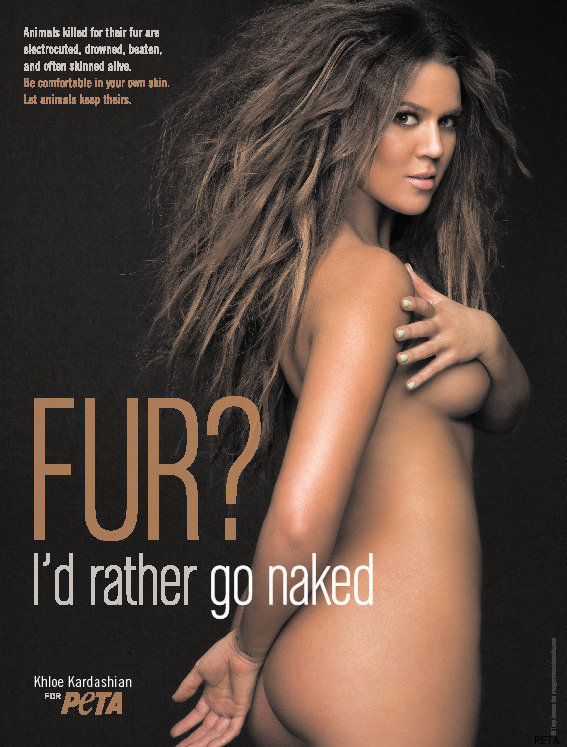