The Who are scheduled to play during the half-time show at the Super Bowl in Miami, but child abuse advocacy groups are urging the NFL to drop the act because of an incident in guitarist Pete Townshend's past.

Townshend was arrested in 2003 for accessing child pornography online several years before. He pled guilty, claiming he was doing research for his autobiography and revisiting memories of childhood sex abuse, and was not charged. Still his name remained in the UK's sex offender registry for five years.

Now 1500 of these fliers have been distributed to homes and schools in the Miami area. 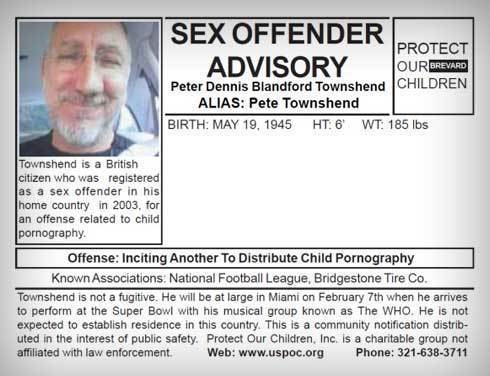