It was September 2001, Steve Alderman’s 60th birthday. His wife Liz put together the trip of a lifetime -– two weeks in a rented home in Provence, one with their three grown children and the second with friends. On Saturday, September 8, the kids left France for the U.S. -– Jeff for Oklahoma, Jane for Washington, D.C. and Peter for New York City, where he worked for the media company, Bloomberg.

On Tuesday, the Aldermans took their visiting friends to the medieval village of Rousillon. “We were poking around in a shop and one of the saleswomen starting crying and said, ‘Are you Americans? Terrible things have happened in your country; the World Trade Center has been knocked down and the Pentagon,’” Liz Alderman recalled.

The Aldermans couldn't call out. They heard first from Jeff, who told them Jane was fine; her building had been evacuated. “What about Pete?” Liz recalled asking. “And I remember dead silence on the phone; Jeff says, ‘Pete was there. He was at a meeting. Don’t worry Mom, I’m sure he’s fine.’”

Meanwhile, Jane had managed to email her brother, warning him not to go downtown and asking: Where are you?

The answer: I’m there.

They emailed back and forth until 9:40 am, Liz Alderman said, when Peter sent a final email:

We’re stuck. The room is filling with smoke. I’m scared.

At 10:28am, the North Tower collapsed. Peter Craig Alderman was 25.

Michael Bloomberg told them Peter had been at a conference at the restaurant Windows on the World, located above the floors where American Airlines Flight 11 had crashed into the World Trade Center. He arranged a private plane to fly Peter's parents home.

“I always felt that if a child of mine was ever killed I would never be able to stop screaming,” said Liz Alderman. “But you can’t keep screaming. I realized you only have two choices: You either kill yourself -– crawl into bed and never get out -- or you put one foot in front of the other.”

The Aldermans knew they wanted to do something to honor Peter; they just weren’t sure what. Then one night, Liz saw an ABC Nightline program called “Invisible Wounds,” featuring Dr. Richard Mollica, a Harvard expert on traumatized populations.

“I learned that there were one billion people who had directly experienced torture, terrorism and mass violence around the globe –- one-sixth of humanity –- and 50 to 70 percent had such traumatic depression they could no longer lead functional lives,” Liz Alderman said. “If we could bring these people back to life in Pete’s name, what better memorial for him than that.”

The Aldermans were in Mollica’s office 10 days later, and that meeting led to the launch of the Peter C. Alderman Foundation. It works to heal the victims of terrorism and mass violence by training indigenous health workers and establishing clinics around the globe. It currently funds eight facilities: two in Cambodia, four in Uganda, one in Liberia and one in Kenya, treating thousands of patients.

“People say to us, ‘why do you deal with mental health when there are so many greater problems in this world -– hunger, lack of potable water, horrible diseases,’” said Liz Alderman. “But if people don’t care whether they live or die, they’re not going to put their bed nets down at night [to prevent malaria]. We have seen people drinking the dirty water that runs by their hut because they don’t have the will to walk that half-mile to where there is clean water. We believe there are truly billions of philanthropic dollars wasted.”

“The central problem is they’ve lost hope,” added Steve Alderman, a retired oncologist. Trauma affects more people in Africa than malaria, tuberculosis and HIV AIDS combined, he noted. “In [poor] African countries, less than 10 percent of people that need mental health services get them. Our treatments are short –- at most, 12 treatments, usually six to eight. This isn’t Park Avenue psychiatry. We want to get rid of PTSD [post traumatic stress disorder] and depression symptoms so they can raise their children and relate to their husbands and wives, and be robust people who can rebuild war-torn societies.”

The cost to return a human being to function: $33 to $55. The Aldermans cover the foundation’s overhead, so 100 percent of dollars raised go to treating trauma. In Cambodia, for example, the foundation supports two full-time clinics that see 3,500 patients a year for just $33,000.

Their patients include people like Esther, a mother in northern Uganda. The Lord’s Resistance Army came into her village and murdered her husband with a machete; grabbed her five-year-old son by the ankles and banged him against a tree until he was dead; and trampled her two-year-old son. They marched her out of the village, raped her for several days, and left her.

Esther was eventually reunited with her two daughters, who were away at the time of the attack. She showed up at the foundation’s clinic, suicidal. The clinic provided medication and counseling, found a place for Esther to live and connected her with a church that hosted meetings of women who had similar experiences.

“Will she ever be normal? No. How can you be normal after that experience?” said Steve Alderman. “Will she be able to take care of her children and be part of her community? Yes.”

Each clinic is staffed by a three-person psychiatric team and a social worker, all trained by the foundation. A Harvard-trained Ugandan epidemiologist oversees that country’s program. “There are no Western folks; one of our main points is we must be culturally appropriate,” said Steve Alderman. “We only train local people to build capacity in countries where we work.”

Cultural practices are also integrated into treatment. For example, clinics treat returning child soldiers in northern Uganda only after they have gone through their tribal cleansing ceremony.

“The Lord’s Resistance Army was fiendishly clever; to isolate the children, they had them commit atrocities –- kill their mother, cut off their father’s hands -- so they would be too ashamed to return,” Steve Alderman explained. “Some organizations -- many of them, frankly, corrupt -- put the children right back into school.” Returning child soldiers, suffering psychiatric problems, began burning schools to the ground.

The Ugandans employ the Mato Oput ceremony, a ritual of restorative justice that reconciles victims and perpetrators, so they can atone and reenter the community. The rite, combined with trauma counseling and coordination with teachers, put an end to the school burnings. Last year, the foundation treated 1,800 people in Uganda.

“Our end point is to get kicked out of country; we have told governments that after 10 years we want to go, have them take it over and include mental health in their primary package of health care,” said Steve Alderman. “Let us go somewhere else where we’re needed.”

Along with the clinics, the foundation offers an annual week-long “master class” led by a team of international experts to train medical workers to deal with trauma. It publishes the archives of the meeting and an annual peer-reviewed journal.

Has the foundation helped the Aldermans to heal?

“Nothing touches the loss of Peter,” said Liz Alderman. “He was fun and laughter and light. He probably touched more people in his short life than Steve and I have touched together in our long ones. … But there are parts that are joyful.”

Liz Alderman recalled the foundation’s third conference, which included a group of 70 Somalis, whose imam opened the plenary session with a prayer. “He is yelling and shaking his fists,” Liz Alderman said. “We think he’s saying ‘death to America.’ He finishes his prayer, and the translator told us he was blessing us for coming all the way to Africa, and he said a prayer for my child. And I start to cry because this is the result that we wanted: Leaving a mark. Here is a Muslim imam from the other side of the world saying a prayer for my child. That was incredibly uplifting.”

On September 15, the Friends Of Peter Alderman will hold its fourth annual memorial walk in Mount Kisco, New York to raise funds for the foundation. See the foundation's website for more information. 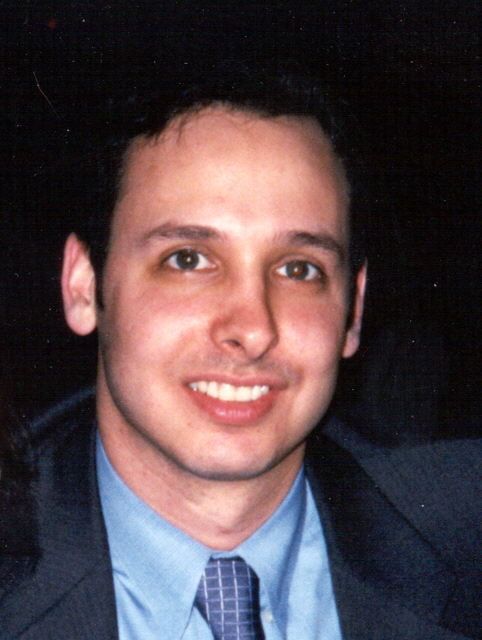