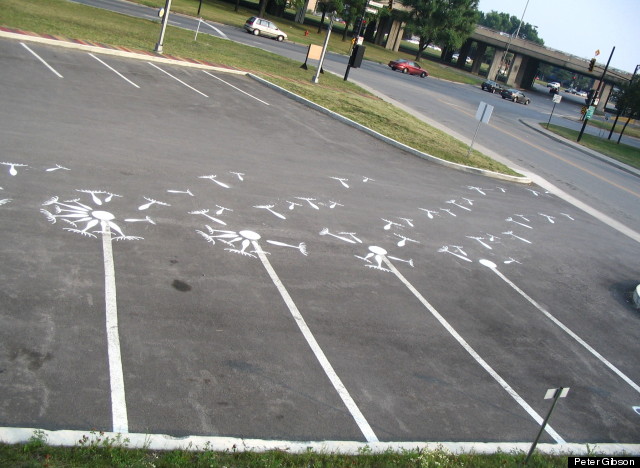 Gibson first began using the city as his canvas in 2001, when a desire for more bicycle lanes inspired the artist to paint bicycle symbols around the city. While the street artist is not adamantly anti- "car culture," he is wary of it. As he says in his artist statement, with the dominance of cars "space is merely transitional, the passing of scenery between point A and point B and it is therefore treated as such."

The "Roadsworth" series shows how the city streets are far more than just the shortest distance between two points. What began as a form of political protest soon blossomed into a personal artistic project. Adorning mundane city surfaces with giant fish hooks, birds' nests and dandelions, Gibson transforms urban spaces into pedestrian playgrounds, begging to be experienced on foot rather than through a car window.

See Roadsworth's work below and check out his website to learn more. 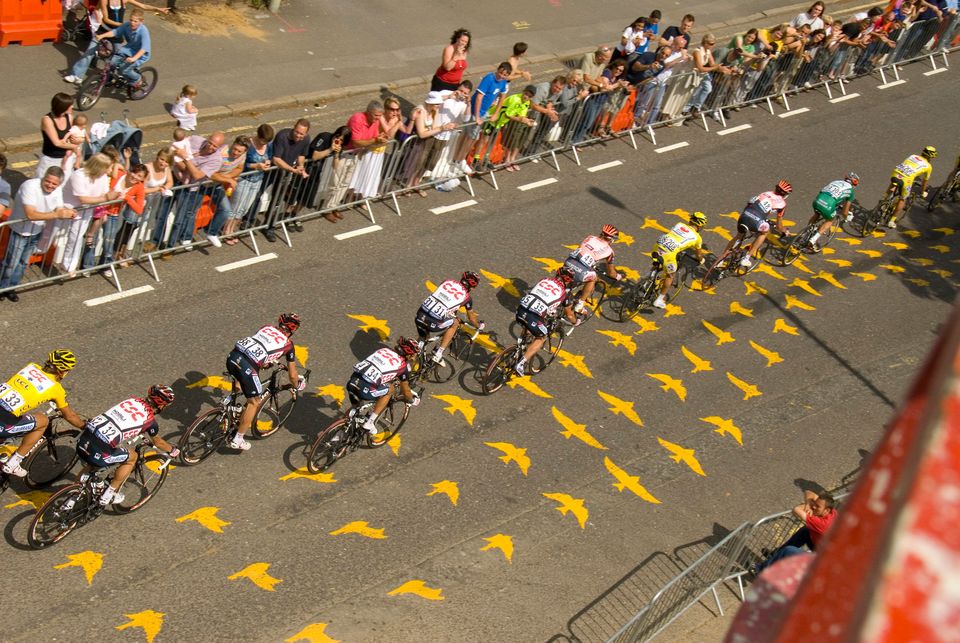