It wasn't too long ago that Peter Lindbergh uttered the words, "There will never be anything like the era of the supermodel again."

But it seems the famed photographer has changed his tune about the so-called '90s heyday. For the October 2013 cover of Numéro, Lindbergh pays homage to his most famous supermodel-filled cover, the black and white group portrait of Naomi Campbell, Linda Evangelista, Tatjana Patitz, Christy Turlington and Cindy Crawford for Vogue UK in 1990.

This time around, he's wrangled Ameline Valade, Catherine McNeil, Sasha Luss, Daphne Groeneveld, and Soo Joo Park to pose in a markedly similar black and white shot. Could it be that Lindbergh has once again found the "freshness" he told The Telegraph was missing from the current modeling industry? Probably not, especially since it's more than likely this latest cover was shot months before last week's interview. But it certainly shows that Lindbergh is looking to the past, instead of looking forward, for inspiration.

With Jason Wu, Calvin Klein and more designers tapping '90s supes for their campaigns, we're starting to wonder if the fashion world is becoming less obsessed with youth and more preoccupied with nostalgia than we thought. Do you think Lindbergh and the rest of the industry are stuck in the past? 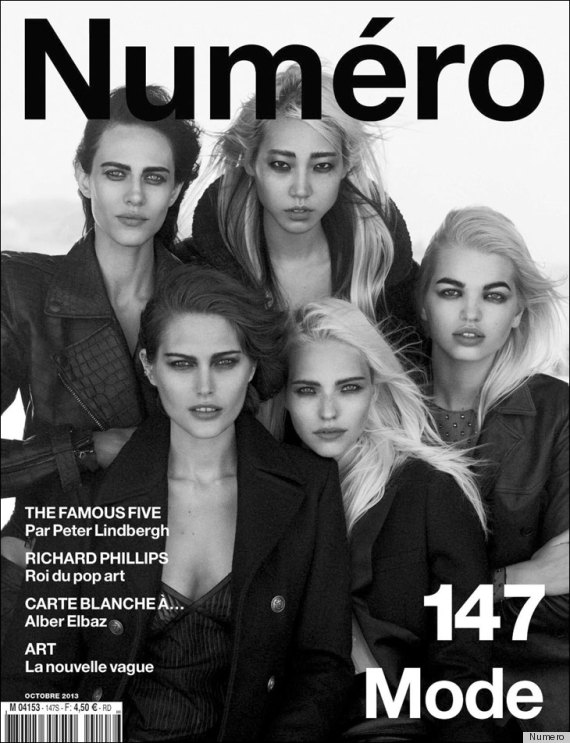 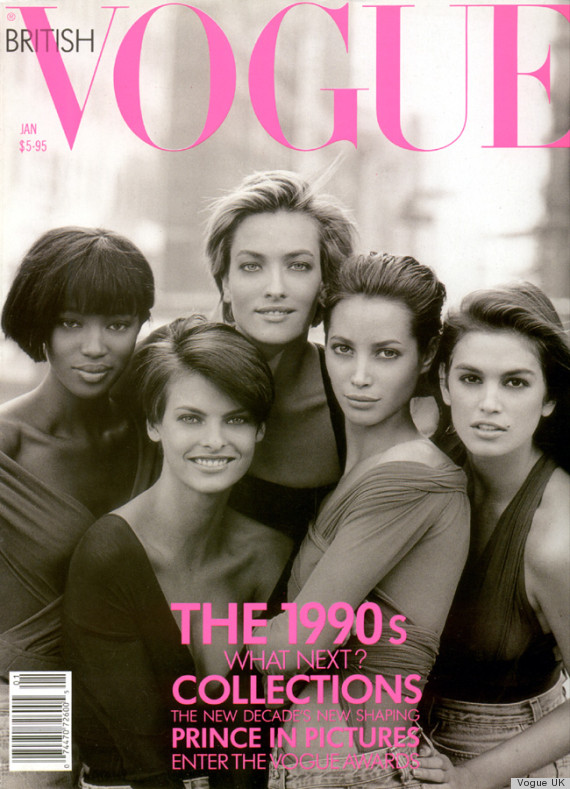 Think the era is really over?

US Presidential Election 2020
Breaking news, analysis and the latest polls on the presidential race from HuffPost’s politics team
See More
Voting Made Easy
Register to vote and apply for an absentee ballot today
Register now
More:
VogueVideoStyleModelspeter lindbergh
Newsletter Sign Up
An essential daily guide to achieving the good life
Subscribe to our lifestyle email.
Successfully Subscribed!
Realness delivered to your inbox