After two long years, Mavericks Invitational Surf Contest rode again on Sunday. And when the results were in, the champion was none other than 43-year-old veteran Peter Mel.

"It was just complete, utter relief," said Mel to the San Jose Mercury News. "Mavericks has been so good to me over the years. It's great to have that feeling back again."

Originally from Santa Cruz, Mel is a lifelong surfer who has narrowly missed winning the title for decades. (The San Francisco Chronicle likened it to LeBron James never winning an MVP award.) He now lives in Huntington Beach and works in marketing for Quicksilver.

"[Mel] deserves it more than anybody," said second-place finisher Zach Wormhoudt, also from Santa Cruz, to the Chronicle. "I've surfed with this guy for so long, and he inspires me every time, every session."

Organizers said 14,000 people attended the invitational contest over the weekend, marking a strong return for the troubled event that has faced waning sponsorship and internal strife over the past few years.

"The Mavericks event has gone through a lot of its own trials and tribulations and I'm super stoked to see it back as strong as it is right now," said Mel in a video interview. "It's good for the surfers, it's good for the folks out there who get to see a great event."

Check out photos and videos from the contest below: 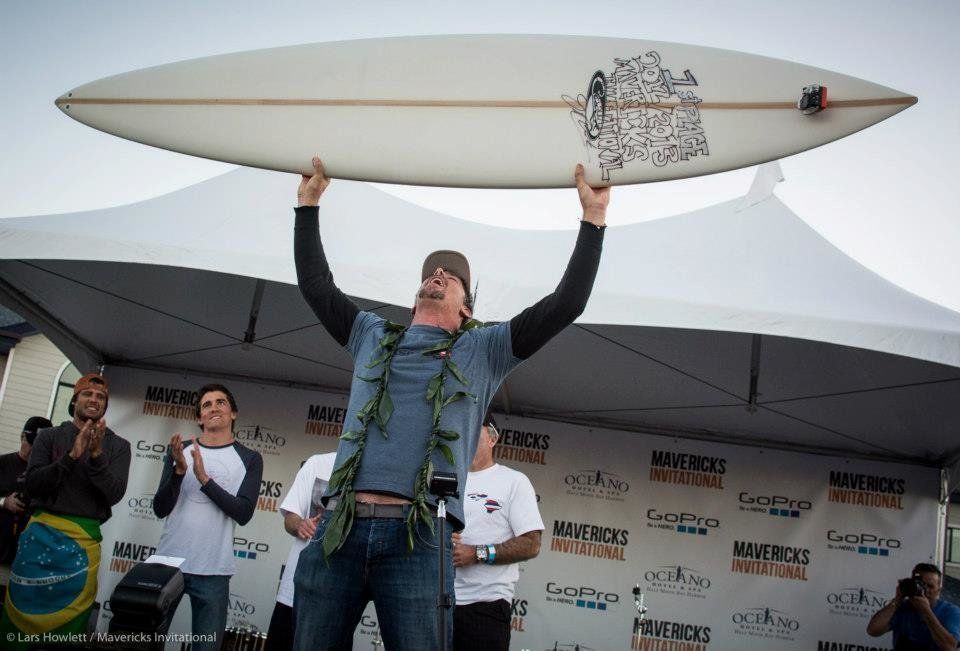