"Always a bridesmaid, never a bride, my foot!" legendary actor Peter O'Toole exclaimed during the 75th Academy Awards. Though O'Toole has received eight Best Actor nominations during his extensive acting career, the actor was finally rewarded by the academy in 2003 for his numerous acting achievements.

But every acting career, no matter how extraordinary, must come to an end. O'Toole, who turns 80 in August, announced he is retiring from theater and film in a heartfelt statement this week.

"The heart for it has gone out of me: it won’t come back," O'Toole wrote. "It’s my belief that one should decide for oneself when it is time to end one’s stay. So I bid the profession a dry-eyed and profoundly grateful farewell."

O'Toole, the Irish-born son of a bookie who grew up in Leeds, England, initially planned on a career in journalism. He worked as a newspaper copy boy and a reporter before making his theater debut at 17, eventually attending the Royal Academy of Dramatic Arts. After his acting debut on the small screen in 1956, it didn't take long for O'Toole to receive Hollywood acclaim. His memorable performance in the 1962 film "Lawrence of Arabia" earned him his first Best Actor nomination.

Over the years, O'Toole made a name for himself as a leading man, taking on the role of King Henry II twice in "Becket" and "The Lion in Winter." He starred in dozens of films, including "Goodbye Mr. Chips," "Man of LaMancha" and "My Favorite Year." His latest Oscar nod was for the 2006 film "Venus," in which he played an elderly actor who is attracted to a younger woman.

"The magic of the movies enraptured me when I was a child," O'Toole told the Academy in 2003. "As I totter into antiquity, movie magic enraptures me still."

In his poignant farewell, O'Toole expressed appreciation for both his colleagues and the profession that sustained him for more than six decades. "My professional acting life, stage and screen, has brought me public support, emotional fulfillment and material comfort. It has brought me together with fine people, good companions with whom I’ve shared the inevitable lot of all actors: flops and hits," O'Toole wrote.

Check out the gallery below to see some of O'Toole's most memorable moments. 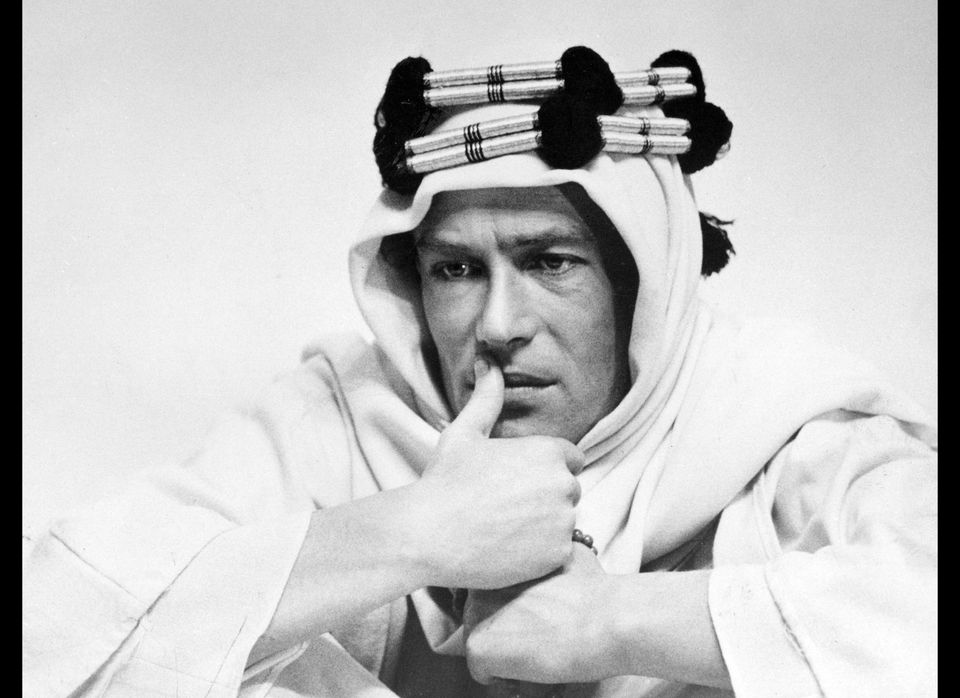