"Peter Panzerfaust is a story Tyler and I have been wanting to tell for years," Wiebe states in the press release. " It's an action series set during World War II that blends in a fresh take on the Peter Pan mythology. There's a real rich setting we've developed in this series and I'm thrilled to share it with everyone."

The comic takes place in Calais, the first French city to fall to the Germans in 1940. A mysterious American, Peter, gathers a bunch of French orphan boys (sound familiar? Lost boys?) and they join the French Resistance.

Haken, a member of the Nazi SS, is in France to kill French resisters. Peter's first encounter with Haken takes place when he and his friends try to rescue a captured freedom fighter.

The first issue was released in February 2012.

The following are images from the newest issue, Peter Panzerfaust #8, which was just released January 9th. 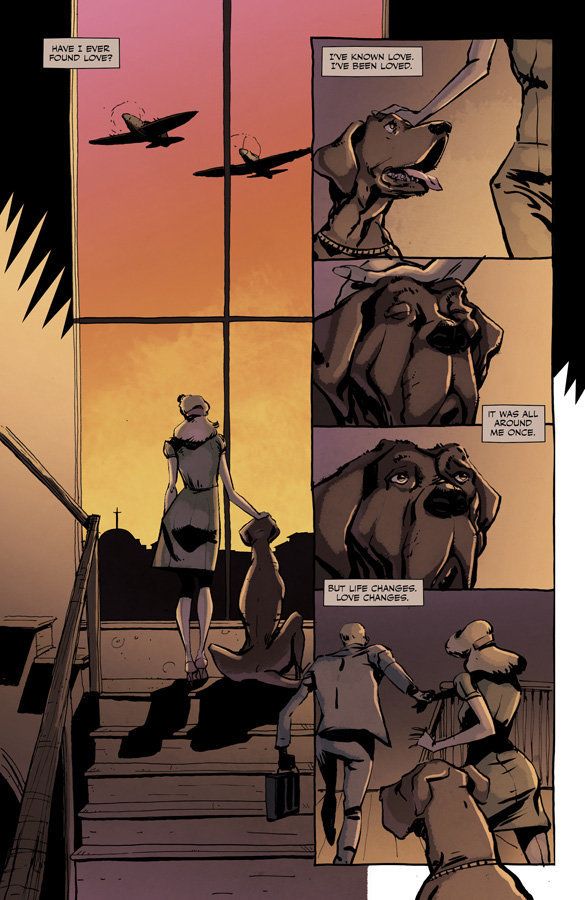