Walmart usually speaks for itself just fine. But that hasn't stopped a wealthy Wall Streeter from taking up its cause, protesting against higher wages for Walmart workers.

Peter Schiff, the wealthy, libertarian CEO of Euro Pacific Capital Inc., a Connecticut brokerage firm, recently passed some time berating shoppers outside an unnamed Walmart, as you can see in the video above, which Schiff released on Monday. Pretending to act on behalf of Walmart workers asking for higher wages, Schiff asked shoppers to fork over 15 percent of whatever they had just spent at Walmart in support of a $15 minimum wage for Walmart workers. He even created a fake name for the group he pretended to support, "15 for 15."

In any event, Schiff's claim that prices would have to rise 15 percent to cover a $15 wage still doesn't exactly line up with, how do you say, economics.

A 2011 study by CUNY's Stephanie Luce and University of California Berkeley's Ken Jacobs and Dave Graham-Squire found that raising the retail giant's minimum wage to $12 would have cost the average shopper only 46 cents per trip.

Schiff, a failed candidate for U.S. Senate and former economic adviser to Ron Paul, does not typically let facts deter him from his convictions, however: He has been incorrectly predicting hyperinflation for at least the past six years, earning him the mockery of Paul Krugman and other economists.

And Schiff's convictions appear to skew in favor of the 1 percent. The man whose whose investment firm had $845 million in assets four years ago represented the wealthy in another prolonged counter-protest at Occupy Wall Street in 2011.

For those of you who don't have time to watch the video, we've pulled out its choice moments for you below:

"I want to help send Walmart a message that we don't care about low prices, we want high wages and we're willing to pay higher prices." 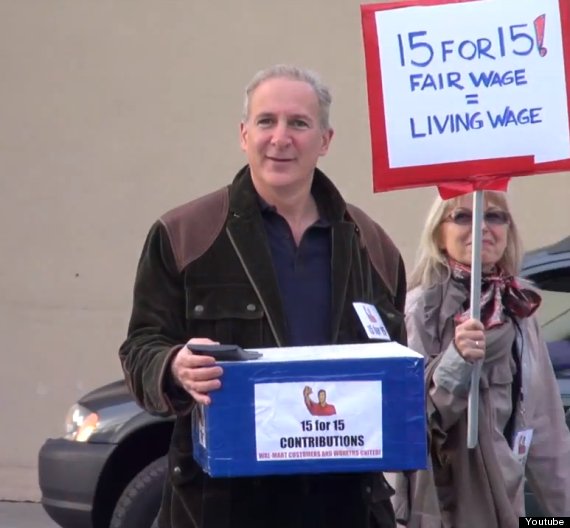 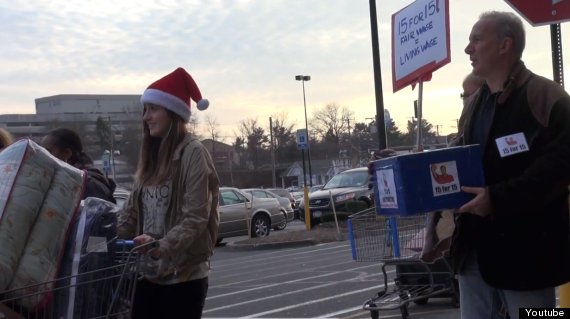 "But you gotta put Walmart first! We'll get to your kid next." 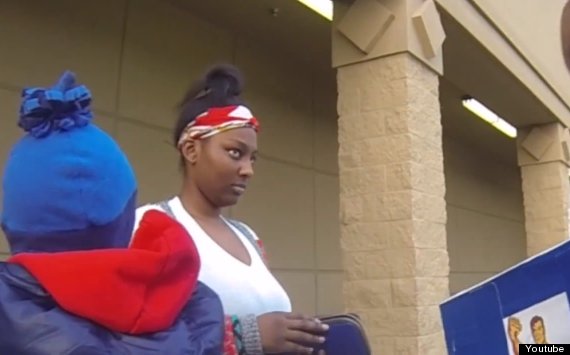