When a 100 square mile chunk -- an area four times the size of Manhattan -- broke off Greenland's Petermann Glacier in the summer of 2010, scientists knew that it was a historic event. After all, it was the largest known calving in Greenland's history, and the largest to occur in the Arctic in nearly 50 years.

Over the last year, scientists have only been able to view the extent of the breakup via satellite imagery. Until now.

Photographs taken in July and released on Wednesday offer a new perspective on the August 2010 break, showing before and after images of different areas of Petermann Glacier.

"Although I knew what to expect in terms of ice loss from satellite imagery, I was still completely unprepared for the gob-smacking scale of the breakup, which rendered me speechless," Alan Hubbard, the scientist from Aberystwyth University in Wales who took the most recent photograph, said in a statement.

And we can expect more. Hubbard told MSNBC.com that another sheet, about half the size of the 2010 chunk, is poised to break away.

Jason Box, a scientist with the Byrd Polar Research Center at The Ohio State University and photographer of the 2009 image, told HuffPost that the summer of 2010 was Greenland's warmest on record, and records have been kept since 1873.

"We're bearing witness to abrupt climate change," Box told HuffPost. "This isn't of in the future. It's very much now."

To see more before and after images and to learn about the Petermann Glacier, visit the Byrd Polar Research Center. For more images of Greenland's glaciers, click here.

LOOK: Before and after images of the Petermann Glacier in Greenland. The cliff walls on the side of the glacier are three times the height of the Eiffel Tower: 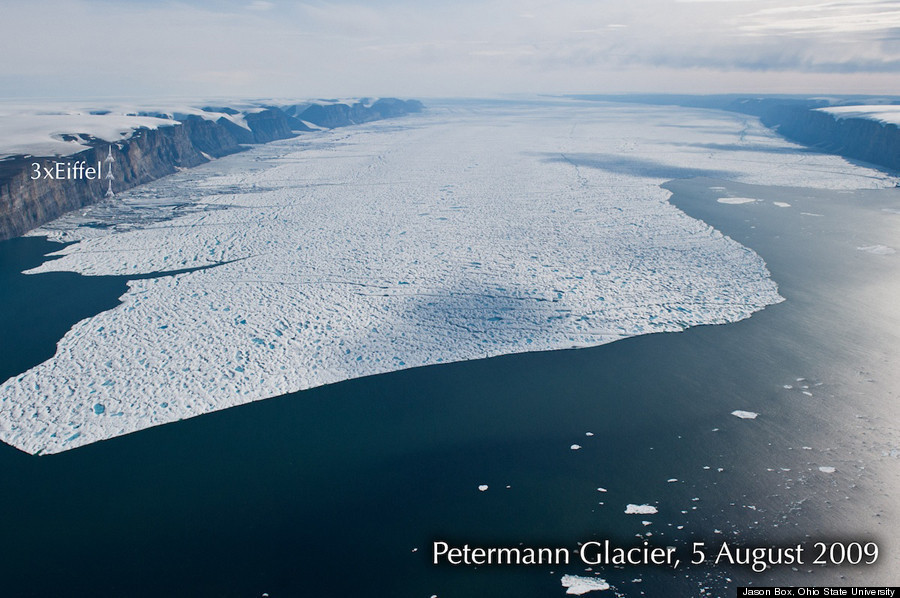 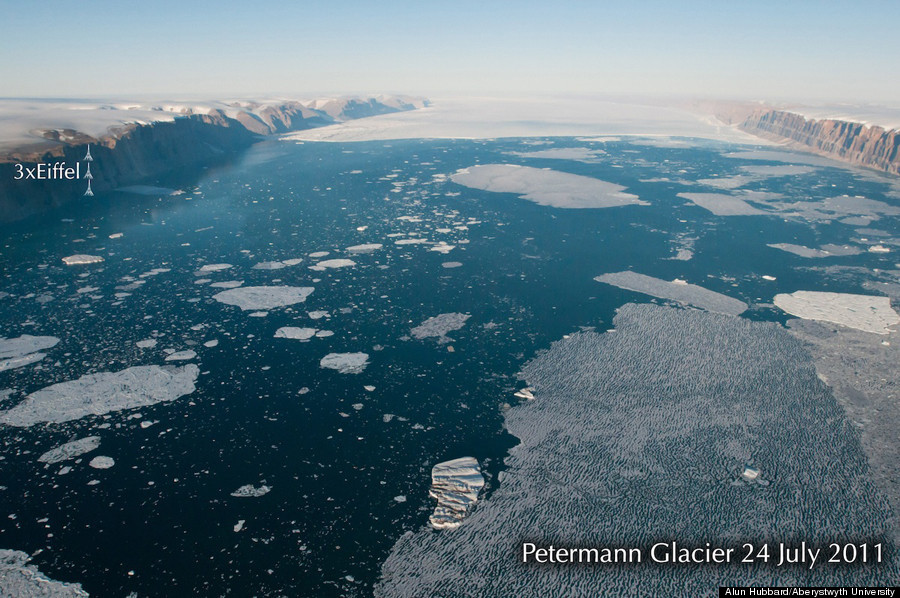 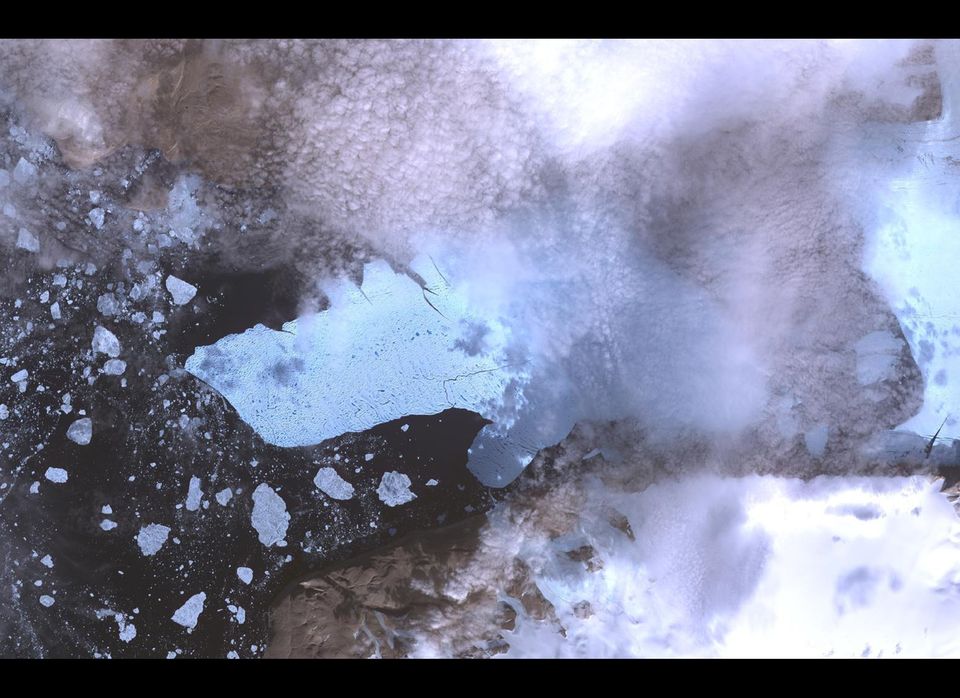 1 / 6
Greenland Ice Island
This image provided by NASA of the Petermann Glacier and the new iceberg was acquired from the Advanced Spaceborne Thermal Emission and Reflection Radiometer (ASTER) instrument on NASA's Terra spacecraft on Thursday Aug. 12, 2010. It covers an area of 49.5 by 31.5 kilometers (30.7 by 19.5 miles), four times the size of New York's Manhattan island. According to scientists the recently calved iceberg is the largest to form in the Arctic in 50 years. (AP Photo/NASA)
AP