The recent accusations of child abuse against NFL player Adrian Peterson, and his subsequent suspension from the Minnesota Vikings, have touched off a heated conversation about corporal punishment. Peterson's actions, as well as the NFL's response to them, have provoked a variety of responses.

Former NBA star Charles Barkley defended Peterson this week, claiming that "every black parent in the South" disciplines their child in a manner similar to how Peterson allegedly punished his son by striking him with a switch. NFL Hall of Famer Cris Carter, who admitted that he was physically disciplined by his mother as a child, declared the tradition was wrong and said we now know you "can't beat a kid to make him do what you want to do." Detroit Lions running back Reggie Bush followed up a few days later, saying that his parenting approach included disciplining his 1-year-old daughter "harshly."

The growing body of research into corporal punishment has found overwhelming evidence that it actually makes children more aggressive and encourages them to continue the cycle of abuse. Studies have even shown spanking to physically alter the gray matter in kids' brains. Despite these findings, many parents continue to stand by the practice.

A recent HuffPost poll showed that even supporters of spanking think that what Peterson did should be illegal. But we wanted to open up the conversation to the HuffPost Black Voices audience.

We asked for your thoughts, feelings and opinions on the subject. Here are some of the responses we received.

"There's a difference between a beating and a whoopin! I whooped my kids, I never beat them. And I'd do it again!" -- Margo McClellan

"I still believe 'spare the rod, spoil the child!' Know your child and what 'works' with him/her." -- Yolanda Collins

"When did the 'rod' become a belt or switch? Oh, during slavery when blacks were beat with whips. As we have progressed in society, we know more, and can understand child development better." -- Timmie J. Winston Jr.

"I'm not going to let the justice system reprimand my child, I'll do it myself, thank you very much." -- Pas Jb

"The most effective punishments I got was taking away privileges. Whippings are more about how the parents feel, not necessarily corrective actions." -- Robert Eclectic Rebel Moreland

"Not sure if I'm a better person for it or not, but who am I to tell another parent how to discipline their child." -- D.L. Williams

"Spanking and beating with switches or extension cords is not discipline. You'd go to jail for doing it to your dog, but have the audacity to say 'you can't tell me how to discipline [my] child.' Yes the law can! There is a difference between discipline and abuse. A whopping never stopped a kid from doing something, just like the death penalty never stopped a murder from being committed." -- Mek Greene

"I don't think a kid should be beat to bleeding status but other than that anything goes. My grandmother pulled a Smith & Wesson snub-nose .38 out on me when I was 16 years old. Never had another problem from me the rest of my life. Five years later she told me the gun was unloaded. Regardless, it sure made a believer out of me. Talking, pleading, and reasoning to these kids simply does not work. Some type of fear must be present for control and benefit." -- Kenneth Kennard

"He could have taught the child about sharing, but this was a case of 'I don't want to be bothered, so I'm going to beat him until he stops.' He basically sent the child mixed messages. Disciplining aggression with aggression. It's madness." -- Shanya T. Hayes

"The only thing the man did was go too far. But we are always crying that black dads need to be in the child's life and now you want to tie his hands. He can't do both." -- Nila Draper Granberry

"Whippings and beatings are a part of African-Americans' history. We treat our children like property. They will do as told or get beat. I whipped my son and I am very sorry. I will take that mistake to the grave. It does not change behavior." -- Michelle Jackson

"I'm the parent and if I want to instill corporal punishment I can. This idea that Society can tell me how to discipline my kids is insane. If you don't want to spank your kids... that's you. But it's MY KID and MY DECISION. Are you going to be there when and if they go to jail or when things fall apart? So you ain't here with me to decide how to punish my children." -- Allen Sutton

"These kids today are no worse than we were. I was a bad motherf*cker and used to get beat weekly whether at home or at school. It never taught me anything except violence is a way to make people do what you want." -- David Ring

"Me and everyone I know got our asses kicked southern style, and we from Cali. Some parents don't have to beat they kids and some do, depends on the DNA floating through their system... I have kids and I'm 4000% against child abuse, but a good ass whopping and child abuse are two totally different things." -- Nahte Rai

"There are not racially or regionally appropriate ways to discipline children. I never spanked my children. They are amazing adults now: responsible, sensitive, and loving. I believe doing physical violence to another person, even spanking, is harmful if you want your children to achieve their full potential." -- Gary Barber

"Let's not make it more than what it is. A lot of us received spankings/beatings because we were caught doing what we were told not to do. But now Black parents can't discipline their children - but white cops can get away with shooting them dead." -- Kavin Coleman

"People are saying it's no one's business how he chooses to discipline and they speak of 'how well they turned out' after being whipped as a child. How many of you have asked a child that is in foster care or juvenile detention, because of the DISCIPLINE they sustained, how they feel about it. Just saying stop minimizing and justifying. AP's baby was four years old... how much could he have possibly done to warrant that kind of whipping?" -- Levenia Alexis

"Was Dr. King beaten? What did he become? Was he a peaceful man or was he angry?" -- Samuel Scott

"The idea that 'I was hit and I am ok' does not work. Apply that norm to other behaviors like RAPE, SLAVERY, killing etc, and you see the problem immediately. Past behaviors [being] acceptable do not make them acceptable today." -- Patrick Matthews

"I was spanked as a child, but I didn't see it as helpful to my upbringing, therefore I do not spank my own children. We talk and come up with other ways of handling our problems that are peaceful and useful. I am raising mine to be thinkers and problem solvers, not obedient dogs. Children are blank canvases and often mirror their environment. Usually when a parent sees something undesirable in a child, instead of getting angry and violent it's time to ask oneself how either they or their environment might have contributed to the manifestation of that undesirable behavior. Then address it constructively so the child understands WHY it's wrong." -- Marlena Nkene

"I thought my dad was wrong for all the times he disciplined me. Yes I had all types of things used for those whopping, whatever was close by. Later in life I see it brought out the best in me. So we need to continue getting that switch and tearing those legs up or someone else will! God bless our children." -- Deborah Avie-Elliott

"I was beaten as a child, and it left scars, so NO, I have never struck my child or my grandchildren that I raised. They all turned out just fine without being hit as a form of discipline..." -- Victoria Byrd

Some responses have been edited for clarity. 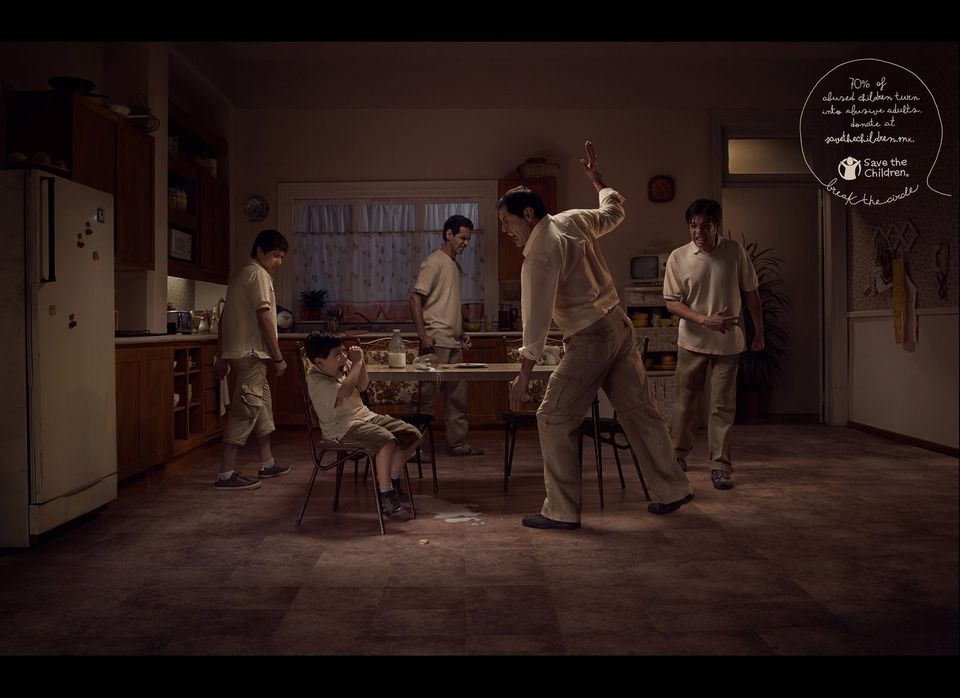