Add General David H. Petraeus to the list of the powerful and high-profile who have gotten into very public trouble because they have cheated on their spouses.

Now take a look at that list. Notice anything?

What is it about powerful men and sex?

As writer Anne Lamott tweeted soon after news broke that the head of the CIA, and an architect of the war in Iraq and Afghanistan had resigned because of an extra-marital affair, reportedly with Paula Broadwell, who wrote a book about him:

There are many things I'm not going to understand this side of the grave, & at the top of that list is grown men and their little pee-pees.

So many hugely famous and exalted men seem willing to burn down their lives, their marriages, families, and reputations, to get laid.

It's not that there has never been a political sex scandal involving a woman politician. Historically we have Cleopatra and Catherine the Great. More recently, Helen Chenoweth, who was the first woman to represent Idaho in Congress, had a six-year-long fling that only became public after she ran an ad calling for Clinton's resignation. And, in Ireland, MP Iris Robinson -- I know, Mrs. Robinson, but that really happens to be her name -- financed her 19-year-old lover's cafe with money from contractors who stood to benefit from her votes.

But these two are such outliers against the panoply of cheating men that they prove the rule. Powerful men use sex in ways that powerful women don't.

What is unclear is why. Is sex so fundamentally different for each gender that men see it as exerting their influence, while women somehow succumb to it? Have we simply not reached the point where there are enough women in positions of power, a critical mass that will make cheating an equal opportunity perk of office -- men do this because they can, and women don't because they can't...yet? Or are women just more moral than men?

The answer is probably all of the above, none of the above, and it is much more complicated than that. If -- when -- the scales balance (the last election was a good start) we will likely learn that it isn't just sex that means different things to men and women, but also power.

Until then, the parade of cheating men will inevitably march on.

RELATED ON HUFFPOST: 13 Political Figures Who Admitted To Affairs 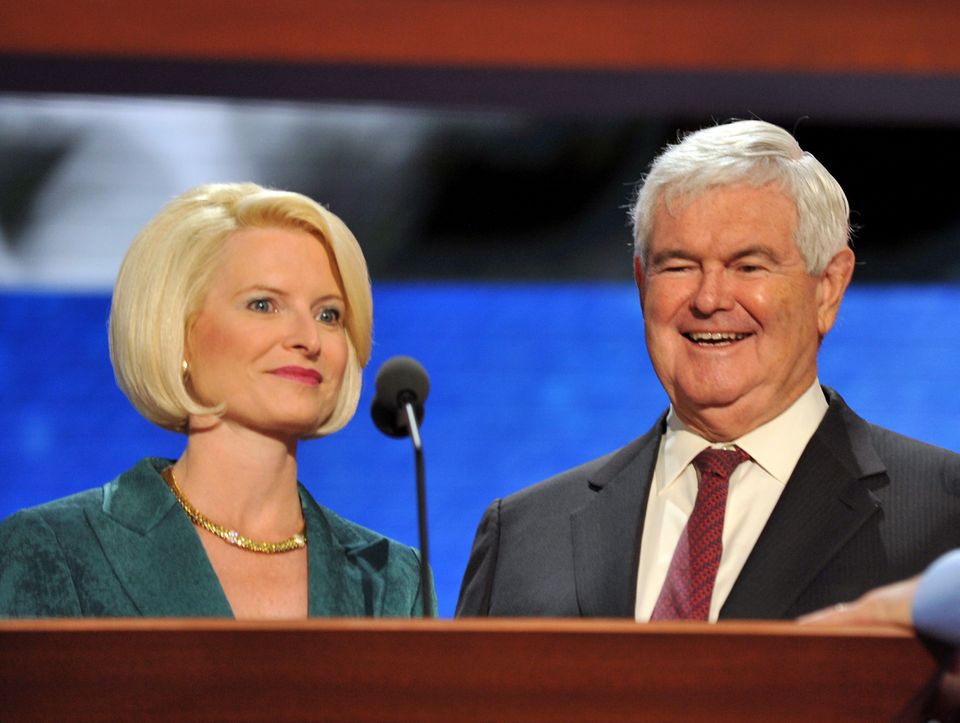 1 / 12
Newt Gingrich
Former Republican presidential hopeful Newt Gingrich <a href="http://abcnews.go.com/Politics/story?id=2937633&page=1#.UJ2MMuOe9TE">publicly admitted to cheating</a> on both his first and second wives during a March 2007 radio interview. He is currently <a href="http://www.rollingstone.com/politics/blogs/national-affairs/newt-and-callista-an-affair-to-remember-20120126">married to Callista Gingrich</a>, a former House of Representatives staffer that he cheated on his second wife with in 1993.
Getty Images