Paparazzi that stopped by Patricia Krentcil's home in Nutley, N.J., earlier this week were treated to an exclusive photo shoot with the embattled "tanning mom."

Warning: NSFW Photos And Video Below

The photographers from Splash News asked Krentcil, who stood braless in her driveway, about her desire to pose in Playboy, which TMZ reported on Sunday.

About half way into the video, Krentcil's teenage daughter comes out to retrieve her.

"All they do is make fun of you," her daughter tells her. "Get in the house."

But Krentcil resists, continuing to speak to the camera.

Krentcil, the 44-year-old mother that allegedly let her 6-year-old daughter go in a tanning booth, has publicly denied the charges against her.

The New York Post reported that more than 60 tri-state area tanning salons had banned Krentcil from their premises. And CBS News reported that the alleged incident led a legislative panel in New Jersey to recommend that minors younger than 18 not be allowed inside tanning salons. 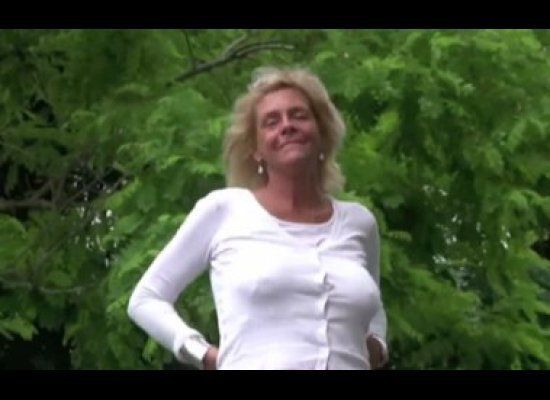