BEIRUT -- A profound transformation of the global monetary system is underway. It is being driven by a perfect storm: the need for Russia and Iran to escape Western sanctions, the low interest rate policy of the U.S. Federal Reserve to keep the American economy afloat and the increasing demand for Middle East oil by China.

The implications of this transformation are immense for U.S. policy in the Middle East which, for 50 years, has been founded on a partnership with Saudi Arabia.

As economic sanctions are increasingly part of the West's arsenal, those non-Western countries that are the target -- or potential target -- of such sanctions are devising a counterpunch: non-dollar trading. It would, in effect, nullify the impact of sanctions.

Whether in yuan or roubles, non-dollar trading -- which enables countries to bypass U.S. claims to legal jurisdiction -- will transform the prospects facing Iran and Syria, particularly in the field of energy reserves, and deeply affect Iraq which is situated between the two.

President Putin has said (in the context of reducing Russia's economic vulnerabilities) that he views the dollar monopoly in energy trade as damaging to the Russian economy. Since hydrocarbon revenues form the most substantive part of Russia's revenues, Putin's desire to take action in this area is not surprising.

In the face of sanctions, Putin is seeking to reduce its economic dependence on the West. Russia has signed two "holy grail" gas contracts with China and is in negotiations to offer the latter sophisticated weaponry. It is also in the process of finalizing significant trade deals with India and Iran. All of this will be to the benefit of Iran, too: the Russians recently announced a deal to build several new nuclear power plants there.

THE RISE OF THE PETRODOLLAR

The dollar's role as the world's reserve currency was first established in 1944 with the Bretton Woods agreement. The U.S. was able assume this role by virtue of it then having the largest gold reserves in the world. The dollar was pegged at $35 an ounce -- and freely exchangeable into gold at that rate. But by 1971, convertibility into gold was no longer viable as America's gold resources drained away. Instead, the dollar became a pure fiat currency (decoupled from any physical store of value), until the petrodollar agreement was concluded by President Nixon in 1973.

The essence of the deal was that the U.S. would agree to military sales and defense of Saudi Arabia in return for all oil trade being denominated in U.S. dollars.

As a result of this agreement, the dollar then became the only medium in which energy exchange could be transacted. This underpinned its reserve currency status through the need for foreign governments to hold dollars; recirculated the dollar costs of oil back into the U.S. financial system and -- crucially -- made the dollar effectively convertible into barrels of oil. The dollar was moved from a gold standard onto a crude oil standard.

U.S. interest rates were then managed so that oil exporters (who formerly looked to gold as the basis of their reserves) would be indifferent to whether they stored their currency reserves, earned from oil exports, in U.S. treasuries, or in gold. The value was equivalent.

According to Sprott Global, a specialist U.S. energy consultancy:

The Fed consistently managed Fed funds rates to keep oil prices steady, even when it required mid-teens interest rates and back-to-back recessions in 1980-1982. Since U.S. Fed funds rates were managed to preserve U.S. creditors' and oil exporters' purchasing power in oil terms, the system proved acceptable to most nations.

While the petrodollar arrangement worked well for nearly 30 years, the arrangement began to wobble around 2002-2004. . . Oil prices began steadily rising in 2002 and 2003 while Fed funds rates remained low to mitigate the fallout from the 2001 U.S. recession/tech bubble.

The petrodollar system, which had allowed the U.S. dollar to supplant gold as the backing for the oil trade from 1973-2002, was broken.

Energy producers began to accumulate real assets (such as real estate), and returned to purchasing physical gold in lieu of U.S. treasuries. Finally this year, the long established re-circulation of petrodollars back into the U.S. financial system came to an end -- according to BNP. "The oil producers will effectively import capital amounting to $7.6 billion. By comparison, they exported $60 billion in 2013 and $248 billion in 2012," Reuters reported. "This will be the first year in a long time that energy exporters will be sucking capital [and liquidity] out," noted David Spegel, global head of emerging market sovereign and corporate research at BNP.

THE STRAW THAT BREAKS THE PETRODOLLAR'S BACK

This then, is the backdrop to Putin's remarks about the dollar monopoly and against which he is likely to craft his response to Saudi Arabia's decision to message the market into accepting that the Kingdom would not defend $100 oil, but will be content to see the price drop 30 percent. (And whatever the market circumstances -- and other Saudi objectives -- that may have contributed to the fall in price, there is little doubt that"'oil price war" is the interpretation that President Putin will place on it).

This new oil price drop simply is crushing producers' currencies in foreign exchange markets. The combination of the petrodollar losing its ability to act as a store of value, combined now with exchange rate blues, may be the straw that breaks the producer "camel's back" in respect to OPEC and dollar denomination.

IRAN AND RUSSIA VS. SAUDI ARABIA?

Such a moment would seem ripe for Russia and Iran to begin a gradual challenge to Saudi's leadership of the OPEC cartel and to the dollar-denominated energy system, if enough OPEC members and other producers are prepared to rebel. Iran has been lobbying hard in this direction.

In the longer term, Russia might take up Prince Bandar's suggestion that Russia become a key determiner of oil prices and output -- but in a cartel of its own making, rather than in the manner Bandar had proposed in July 2013 when he said: "Let us examine how to put together a unified Russian-Saudi strategy on the subject of oil. The aim is to agree on the price of oil and production quantities that keep the price stable in global oil markets," according to one diplomatic account.

WHY THE ROUBLE OR YUAN INSTEAD OF THE DOLLAR?

And why should producers opt for roubles or yuan? Well, both China and Russia have recently been big buyers of physical gold. Russia's present gold reserves would back 27 percent of the narrow rouble money supply. That is a high ratio -- far in excess of any other major country, and also in excess of the U.S. Fed's original stipulated gold coverage minimum. Moreover, Russia is a large net exporter of goods and energy, notwithstanding sanctions. So Russia's gold reserves, by implication, are likely to continue to grow, rather than decline.

In the longer term, holding roubles or yuan may allow producers to escape the damaging inflationary effects of a dollar system now dependent for its stability on low interest rates and monetary expansion.

These prospective changes are still speculative, but are potentially highly significant. The petrodollar has lasted for over 41 years, and has been the driving force behind America's economic, political and military power. It would be ironic, indeed, were the tensions with Russia inadvertently to become the driver of America finally losing its petrodollar card.

Non-Dollar Trading Is Killing the Petrodollar -- And the Foundation of U.S.-Saudi Policy in the Middle East
FactBox: Middle East Oil 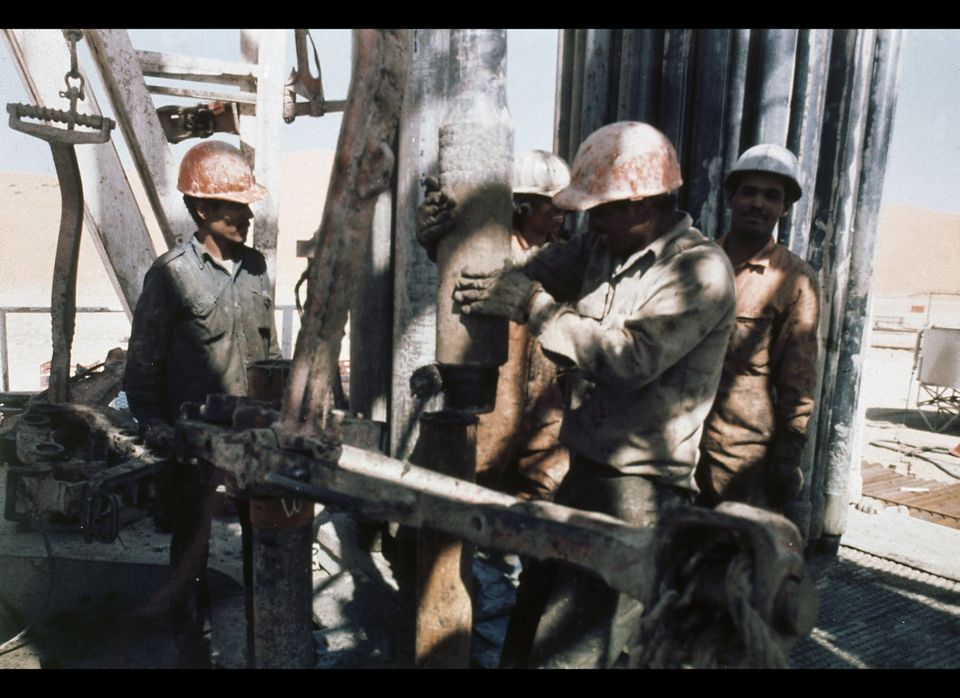