For the first time in America, single adults outnumber the married.

However, despite the decline in marriage rates, new data from the Pew Research Center found that 53 percent of those adults who have never married still plan to, and an additional 32 percent are considering it.

So what's stopping them?

Not surprisingly, almost a third of the participants surveyed by Pew said they were still single because they had not found the right person. Which begs the question, what are single men and women looking for when choosing a spouse?

According to Pew, it varies between the genders. 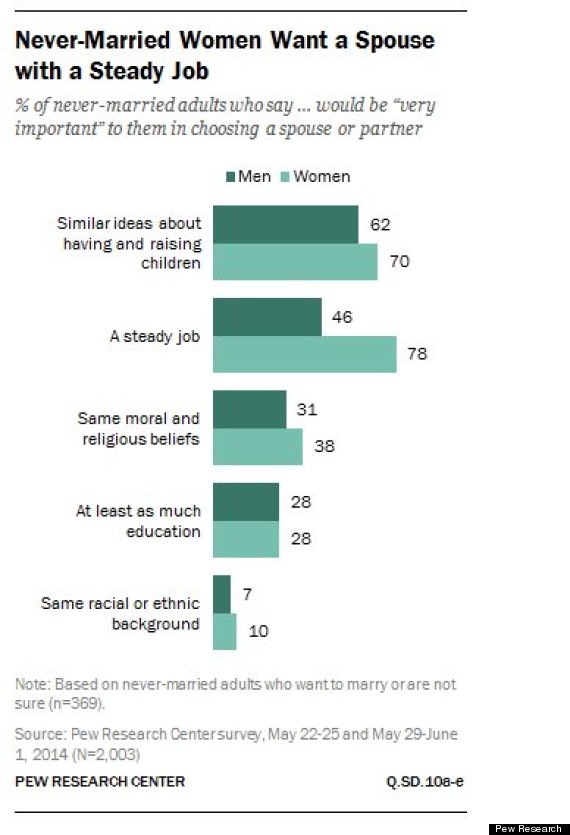 Unfortunately, considering the recent state of the labor market, it may be hard for single women to find employed single men, one of several factors contributing to the low marriage rate. "If all never-married young women in 2012 wanted to find a young employed man who had also never been married, nine percent of them would fail, simply because there are not enough men in the target group," the report stated.

Indeed, it's not only women who may have a problem finding what they're looking for. According to Pew, one in four unmarried adults under age 35 right now may still be single well into their 50s.

For more information and additional findings from the Pew Report on marriage trends, head here.

13 Things We Learned About Marriage In The Last 5 Years