Sectarian tensions occupy the minds of many Muslims living in Lebanon, Iraq, and Afghanistan. Pew Research Center polls conducted in 2011-2012 report high levels of concern regarding religious conflict in many countries where Shia and Sunni Muslims live together, namely Afghanistan, Azerbaijan, Iran, Iraq, and Lebanon. 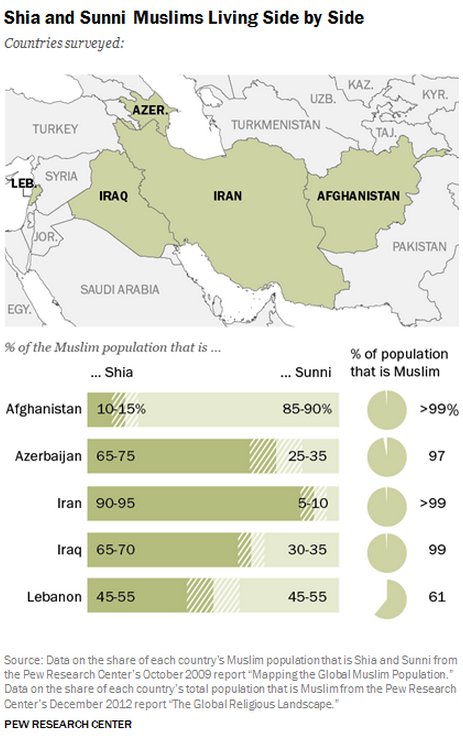 The findings show that 67% of Muslims living in Lebanon consider Sunni-Shia tensions a very big or moderately big problem in their country. The figures are lower for Iraq and Afghanistan, but still fairly high. 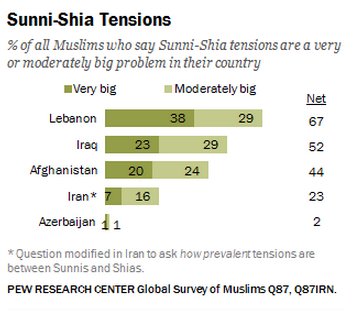 Many Muslims also reported worries about extremism in their countries. 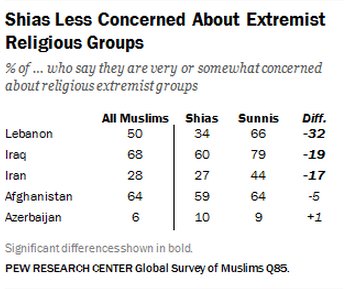 For the full findings, check out the report itself here