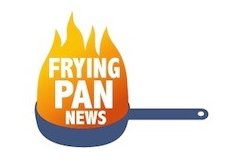 When Kentucky’s legislature adopted a bill intended to transform the Bluegrass State’s troubled pension system last spring, state officials were ecstatic. Signing the bill into law on April 4, Democratic governor Steve Beshear hailed it as groundbreaking legislation that would “solve the most pressing financial problem facing our state – our monstrous unfunded pension liability and the financial instability of our pension fund.”

Not everyone was convinced.

Critics, who include pension-fund experts, lawmakers and AARP Kentucky, claim the new law will hurt workers, taxpayers and retirees. What’s more, they say the law was largely crafted behind the scenes by an unusual alliance between two out-of-state organizations: the Pew Center on the States and the Laura and John Arnold Foundation. Some detractors go further and assert that the Arnold Foundation is using Pew’s sterling reputation for academic integrity as a fig leaf to hide its own free-market agenda.

According to its website, the Center on the States focuses on policy initiatives that include early education, prison sentencing and corrections, and the electoral process. The center is one of seven arms of the influential Pew Charitable Trusts, which is headquartered in Philadelphia, Pennsylvania, with offices in Washington, D.C. The Houston-based Laura and John Arnold Foundation is in the vanguard of nationwide efforts to limit pensions for state and municipal workers; it was founded by billionaire John Arnold, a onetime Enron trader who later made his fortune as a hedge-fund manager.

“We want to bring to your attention . . . the deceptive work that the Pew Center on the States is engaged in across the country in order to promote their cash balance overhaul policy,” a group of 10 Kentucky state senators and representatives cautioned in an open letter to legislators in other states. The letter warned lawmakers “about the ramifications of letting Pew into your state,” as well as “its unholy alliance with the Arnold Foundation.” 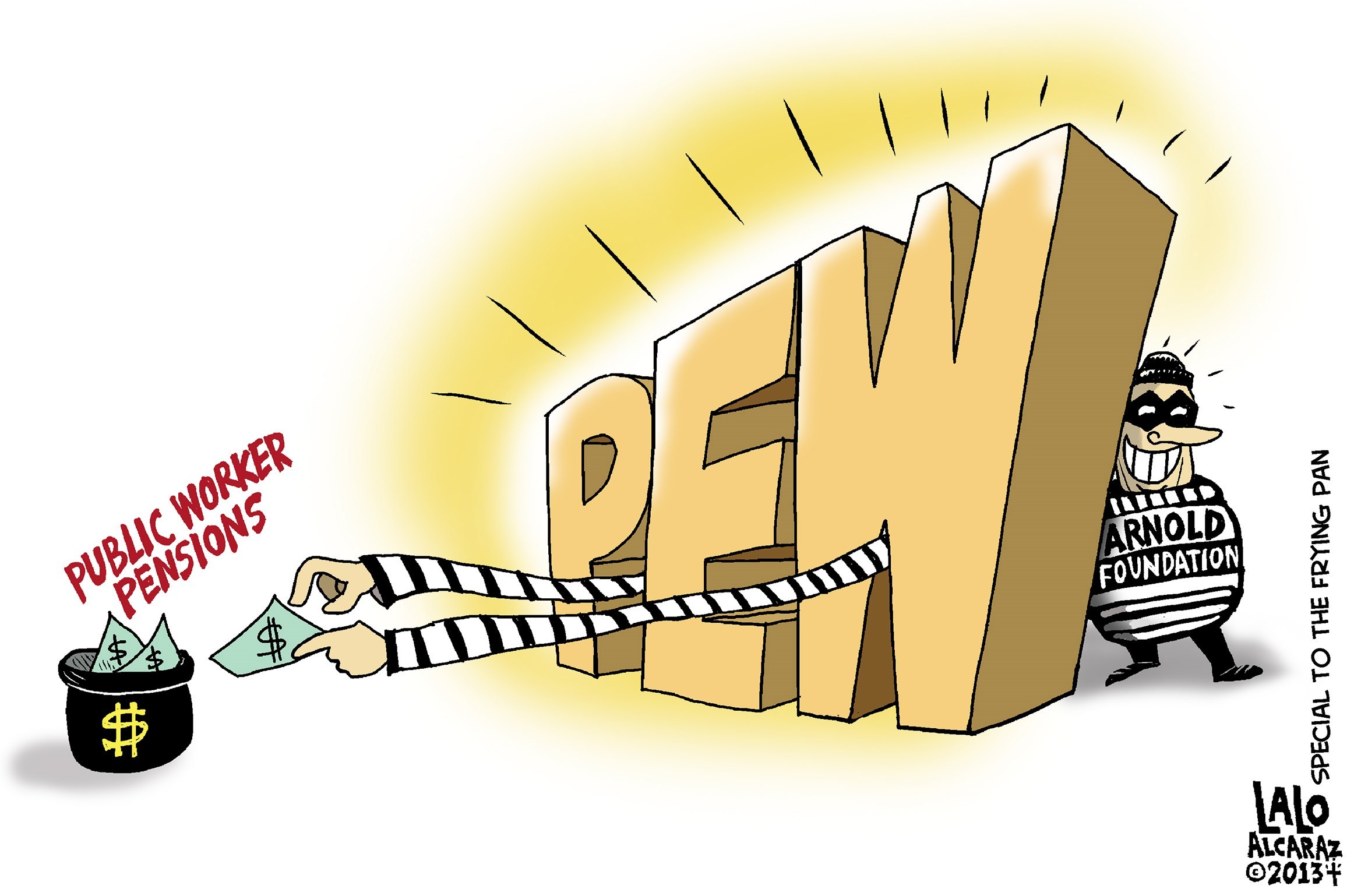 Critics of that alliance charge that Pew and Arnold share a mission for giving an academic veneer to a partisan belief that the nation’s massive public employee pension funds should be invested directly in costly “cash balance” plans rather than be professionally managed as traditional defined benefit plans by the public agencies that currently administer them.

Jordan Marks, executive director of the Washington, D.C.-based National Public Pension Coalition, says that the cash-balance plans promoted by Pew could dramatically reduce the pensions of workers. Under such plans, Marks says, employee pensions would be based on an average of all years of an employee’s service, instead of the highest three to five years of earnings – which is currently the norm. Moreover, in Kentucky new workers covered under the plan would be guaranteed only a modest four percent rate of return on investments. “It’s an extraordinary loss for middle class workers,” Marks says.

Pew may be mostly known for its financial support of PBS programs, which has given the foundation the kind of publicity that reflects the self-described “non-partisan and non-ideological” nature of Pew’s work.

Yet Pew has become a key player in one of America’s most partisan issues as cities and states tackle the complex problems involving public worker pensions. Pension reformers present their cause as a bipartisan good-government crusade, but a visitor landing on the website of nearly any one of this movement’s myriad organizations quickly falls down a rabbit hole of interlocking conservative organizations — whose unifying theme seems to be reflexive hostility toward workplace protections and the union contracts that guarantee them.

As a battle cry, “pension reform” has joined the ranks of “paycheck protection” (see 2012’s Proposition 32 in California) and “educational choice” (i.e., national parent-trigger laws). All three movements aim to seriously weaken organized labor and the benefits it has won for all employees. And, as the economy stumbles along in the wake of the 2009 recession, activists from these causes have exploited fears of diminished state and municipal coffers to create a climate of crisis in which their various “reforms” are presented as painful but necessary solutions.

Draine, the lead researcher on several studies looking at state-run public employee retirement systems, strongly defends Pew’s involvement with states and municipalities that are confronting pension issues, on the grounds that Pew is serving the public interest. He also justifies Pew’s partnership with the Arnold Foundation.

“While pension reform is arguably one of the most daunting financial problems facing states and cities today, we do not have a one-size-fits-all solution,” Draine wrote Frying Pan News in an email. “Every city and state has a unique set of policy preferences and budgetary challenges; what is critical to achieving lasting reform is an open, inclusive, data-driven process.”

“Pew has partnered with the Laura and John Arnold Foundation to help states and municipalities face their growing pension liabilities and continuing funding challenges. In some states, if changes are not made every retiree, worker and taxpayer will be burdened with rising costs and unpaid promises for years to come. Our partnership supports efforts to pursue data-driven reform of pension systems that will be fair, affordable, and fiscally sustainable.”

While few budget experts would deny there are problems with funding public employee pensions, there is nothing resembling a consensus that supports the solutions proposed by Pew and the Arnold Foundation – whose warnings of imminent pension bankruptcy complement similar apocalyptic scenarios sketched by conservatives about Social Security’s future.

Marks says that the Pew-Arnold axis threatens Pew’s longstanding reputation for non-ideological work in the public sphere. “The Arnold Foundation is using Pew’s brand to take on retirement security,” he says.

And the head of the largest trade association for public sector plans finds serious flaws in Pew’s figures. Hank Kim, executive director and counsel of the National Conference on Public Employee Retirement Systems, says that “generally our position is that we are very disappointed in Pew. Since 2010, we’ve expressed to Pew that its methodology for reports is flawed. Their reports incite fear.”

Kim says that the cash balance plans being pushed are complex and somewhat hard to understand, but that they will cost states more to administer and provide employees with lesser pensions than defined benefit plans. He sees the former as opening the door for 401(k) plans, which are known as “defined contribution plans” and not to be confused with the current defined benefit plans.

“Pew and Arnold will not be satisfied with cash balance plans,” he says. “That’s the first step toward defined contribution plans.”

With its $5.6 billion endowment, the Pew Charitable Trusts ranks number 19 on a list of the world’s wealthiest charitable foundations. Originally called the Pew Memorial Trust, the foundation was created in 1948 by the heirs to the Joseph N. Pew Sun Oil fortune and hewed far more closely to the family’s conservative, small-government political beliefs.

Pew first thrust itself into the national debate on public sector pensions when its Center on the States released a headline-grabbing 2010 study claiming that the combined pension shortfall for all the states was a staggering $1 trillion.

Whether the report reflected actual history or hyperbole, it launched Pew into the public-sector fixit business in a big way.

To date, Pew has partnered with the Arnold Foundation in Illinois, Montana, Kentucky and Rhode Island, wading in with actuarial studies and polling data to prod municipal and state lawmakers into incorporating Pew-authored restructuring plans.

In the case of Kentucky, Pew’s efforts resulted in bill language calling for a so-called “hybrid plan design” employing costly 401(k)-styled cash balance accounts that would be substantially more expensive for new workers than the state’s existing defined benefit plans.

Pew’s promotion of technocratic-sounding solutions to pension shortfalls, especially its mantra about “data-driven” problem-solving, lends its white papers the texture of dispassionate scholarship. Its partnership with the Arnold Foundation, however, has created intense controversy and provided ammunition to its critics.

Jim Wayne (D-Louisville), who has been a member of the Kentucky House of Representatives since 1991, says that Pew played a crucial role throughout the legislative process.

“They had a tremendous influence,” says Wayne. “The parties interested in change needed to rely on an outside source. Pew drew up the proposal, they did the analysis and presented the information to a [legislative] task force.”

Wayne says that Pew generally pushed the positions favored by his state’s Chamber of Commerce and League of Cities, working both behind the scenes and publicly.

“Pew gave them credibility,” Wayne says of these two groups. “Pew is recognized nationally as experts, with facts and figures.” As a result of Pew’s work, Wayne adds, “new workers have a much weaker pension program.”

If Pew embodies the image of an objective social scientist, the Laura and John Arnold Foundation has unambiguously embraced the role of partisan pit-bull in its nationwide efforts to curtail public worker pensions. The latter’s website identifies pension reform as one of its key initiatives and provides position papers supporting its stances — papers that frequently cite Pew studies.

Last year in California, the Arnold Foundation contributed to anti-worker pension measures passed by voters in San Jose and San Diego. Two years ago, the Center for Investigative Reporting disclosed that the Arnold Foundation had given a $150,000 grant to the conservative California Foundation for Fiscal Responsibility for a series of reports seeking to limit public employee pensions.

The Arnold Foundation’s 2011 tax return, a public record, vividly reveals an ideological agenda in its contributions made to organizations around the country “to research and promote education on public retirement plans.” The recipients of Arnold’s largess have included the James Madison Institute, based in Tallahassee ($265,000); the Kansas Policy Institute, based in Wichita ($10,000); the Manhattan Institute for Policy Research (MIPR), based in New York City ($15,612), and the Thomas B. Fordham Institute, headquartered in Washington, D.C. ($52,500).

The first two groups present themselves as free-market, pro-privatization think tanks, while MIPR, a right-wing nonprofit founded by the late Cold Warrior and Reagan CIA chief William J. Casey, has called for the complete elimination of public-sector defined benefit pension plans. The Fordham Institute is a right-wing education think tank whose agenda has recently broadened to include studies that scapegoat public teacher pensions for diverting precious public education money away from the classroom.

Pew’s relationship with Arnold began only recently, when the two groups joined forces to aid in furthering each other’s reach. Josh McGee, a vice president at the Arnold Foundation and Draine, the Pew Center’s lead pension researcher, have appeared together at informal meetings and before state legislatures and city councils around the country. McGee and Draine typically turn up with studies and PowerPoint presentations that support scrapping defined benefit pensions in favor of 401(k)-styled contribution plans, cash-balance accounts or hybrid plans.

“The fact is that they [Pew] go into states arguing they are non-partisan and then proceed to make recommendations and undermine and dismantle [public employee] pension plans,” says Hank Kim. “They have a bias — that bias is that public plans ought to be closed or frozen.”

Pew has called for transparency in other groups that conduct public surveys and the Arnold Foundation boasts about its research transparency. Yet both have given vague answers to specific questions about whether the Laura and John Arnold foundation has given financial support to Pew relating to work on public employee pensions.

“If Pew had its way,” Marks says, “it would retire teachers and firefighters and others into poverty.”