After being silent for more than six years, two women who say their doctor husbands died from undisclosed Neurontin risks have decided to speak out.

What began as "something deeply personal and private" in their lives has become their call for social justice, awareness and "protecting the health and safety of our loved ones," say Debbie Alsberge of Seattle and Robin Briggs of Charlotte, N.C.

Adverse reactions to Neurontin have been greatly underestimated and unreported, Debbie Alsberge says she believes, harming unsuspecting families and their physicians. "We must have the full and accurate facts about a drug's risks to make good decisions when family members consider treatment, especially with psychoactive drugs. We cannot do that if pharmaceutical companies are allowed to taint the outcome of clinical trials and bury the harmful evidence."

Growing up in northern California, the son of a surgeon, Dr. Doug Alsberge practiced occupational medicine near Seattle. A devoted father of two sons, he enjoyed hiking, sailing, swimming and golfing and liked to write and play his acoustic guitar, says Debbie. 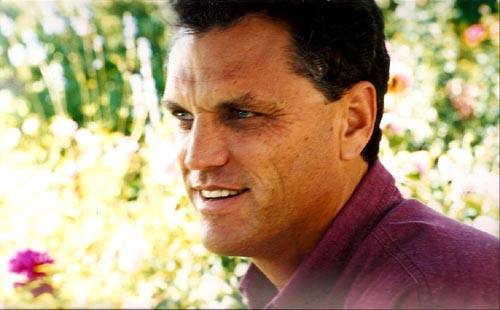 But when back pain from a pre-existing condition began to interfere with being able to stand for prolonged periods at work, Doug sought treatment from a pain specialist who he sent his own patients to, says Debbie. The doctor gave him a narcotic analgesic and the recently approved Neurontin that was heavily marketed for pain, though only FDA approved it for use in epilepsy. "There was nothing in the medical literature to alert his physicians that it might not be effective, or worse, cause further harm," says Debbie.

Though off the narcotics, Doug's entire demeanor continued to change on Neurontin. He was agitated, couldn't concentrate, couldn't sleep and had tremors, says Debbie. The Alsberges attributed the symptoms to Doug's bipolar disorder, diagnosed in the 1990s. But whereas it had always stabilized with treatment before, this time, Doug went into a psychological free-fall that began to affect his ability to work. His appearance degenerated, he stopped eating normally and police had to be called to the house for his emotional volatility.

"We didn't know his extreme internal restlessness was akathesia, which is linked to suicide in medical journals, or that it was from Neurontin," says Debbie. In his last, dark days, Doug drove for miles "searching for a knife to end his life," buying one at a nearby hardware store and another at a culinary store hours away. On Palm Sunday, April 13, 2003, in an apartment he had rented away from his family, Doug died of multiple, self-inflicted stab wounds to the chest. He was 52.

The death was "surreal, bizarre and horrific," says Debbie. But it was only until she saw an article about Neurontin suicide links that she requested Doug's pharmacy records and realized the increases in drug dosages correlated with his symptoms and personality change, says Debbie. "I just stood there in the parking lot outside of the pharmacy holding the documents in stunned disbelief," she remembers.

Dr. Douglas Briggs was a Princeton graduate who practiced family medicine near Charlotte, N.C. Dedicated to his patients, wife and two sons, he also coached soccer, headed the PTA, played tennis and ran in what sounds like a storybook existence. Nor did Briggs ever visit a psychiatrist or mental health professional.

But after back surgery, Briggs was also put on Neurontin for the pain it was widely marketed to treat. "Medicine had been Doug's passion and his whole life" says his wife, Robin, a former nurse. "But after a few months on Neurontin, his bedside manner became curt. He stopped reading his journals and just lay on the couch. He had always been a stoic and he became whiny about his back ache. We had never fought and we began fighting. He became a different person." 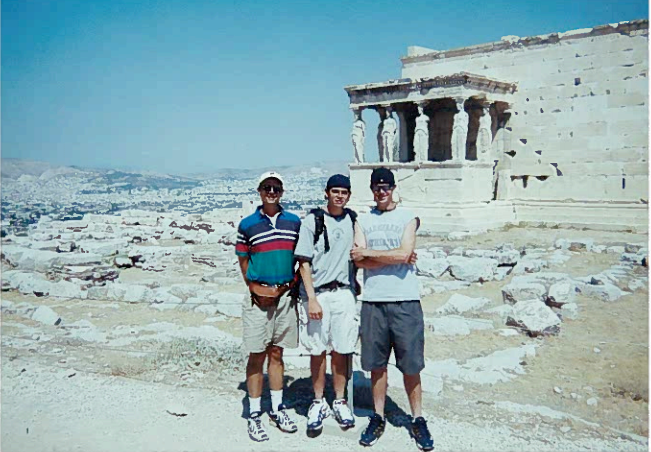 Doug was a conservative prescriber and grilled his Pfizer rep about Neurontin's safety more than once, says Robin. He was so attuned to his responses to medications, when he took Vioxx before its dangers were known, he noted heart palpitations -- and discontinued its use. A week later, Vioxx was pulled from pharmacy shelves for causing heart problems in some patients. But thanks to Neurontin-linked akathesia, Doug's ability to detect his own mental changes on the drug disappeared. "He did not know his suicidal thoughts were drug-induced and not his own," she says.

On Christmas day, 2004, after opening presents, Doug urged Robin and the boys to go to a movie. Hesitant to separate on a holiday at first, Robin says she remembered an "Oprah" show about how men should get the chance to be alone in the house, to unwind, like women have, so the three went see "Meet the Fockers." When they returned, they found Doug hanging in the foyer. He had been on Neurontin for 10 months. He was 54.

Like Debbie Alsberge, Robin Briggs's "aha" moment came later. Two weeks after Doug's funeral, a distraught patient literally drove up on the Briggs' lawn saying he couldn't accept the uncharacteristic suicide and demanded to know what antidepressant Dr. Briggs was on, says Robin. Even though she had been asked the question countless times, responding, "He wasn't on an antidepressant, he just took Neurontin," this time Robin says a light bulb went off in her head and she ran upstairs to the medicine cabinet to read the Neurontin patient information for the first time.

It did not list suicide as a side effect but it did list "emotional lability" recounts Robin. "So I called my sister who is a nurse and asked her to look up Neurontin in the nurse's desk reference. In bold letters it said 'suicidal tendencies, sudden unexplained deaths and psychoses.' I was sickened. Pfizer deliberately hid the risk from patients and doctors!"

The faith that Drs. Alsberge and Briggs and their doctors had in Neurontin for non-epilepsy indications didn't just happen. It was the goal of a web of paid doctor lectures and peer selling, planted journal articles, phony medical education and rep visits to doctors that Pfizer (previously Parke-Davis and Warner-Lambert) conducted for years.

But even though Pfizer pled guilty to criminal marketing of Neurontin in 2004 and was found guilty again in 2010, it earned $387 million from the drug in 2008. Who says crime doesn't pay?

In just three years, Parke-Davis planted 13 ghostwritten articles in medical journals promoting off-label uses for Neurontin including a supplement to the prestigious Cleveland Clinic Journal of Medicine that Parke-Davis made into 43,000 reprints to mail to the journal's "psychiatry audience" and to hand out by door-to-door sales reps. ("See, Doc -- it says right here ...")

Even Scott Reuben, M.D., of Baystate Medical Center -- termed the Bernie Madoff of medicine because he never conducted any of the clinical trials on which his conclusions were based -- stumped for Neurontin. "Gabapentin would seem to be the ideal analgesic for managing acute and chronic pain following breast cancer surgery," effused the researcher who was a paid member of Pfizer's speakers bureau and recipient of five Pfizer grants in five years. In 2010, Reuben was sentenced in federal court to six months imprisonment.

In fact, the U.S. Cochrane Group, which reviews healthcare interventions, is the only organization to retract phony Neurontin studies. The other studies still stand like legitimate medical literature, are still cited and no doubt fuel the continuing off-label sales.

After being presented with evidence of hundreds of Neurontin-linked suicides in 2005, the FDA added warnings to all epilepsy drugs in 2008. But not before Dr. Robert Temple, FDA's associate director for medical policy for the Center for Drug Evaluation and Research, both legitimized Neurontin's off-label uses and blamed patients, not the drug, for suicides.

Referring to Neurontin's popular pain, migraine, insomnia and bipolar uses without mentioning their lack of FDA approval, he told the Boston Globe, "These are the sorts of people who are complicated to think about because they tend to be at risk already." Adverse event reports "can't really tell you whether the suicidal event is because of the drug or despite the drug," he added.

Meanwhile Debbie Alsberge and Robin Briggs, who both have a son in medical school, don't want to see the tragedy of drug-induced suicides continue.

"Suicide has always been looked at as a choice, but for many people on psychoactive drugs, it's a chemical path they are on and not a choice at all" says Briggs. "My husband would be alive today if this information were available and not hidden."

"Suicide is deeply stigmatizing and devastating. But when families stay silent, we cede power to corporations that put profit ahead of human lives and we become part of the problem," says Alsberge. "In sharing my story of what happened to Doug, I take comfort in knowing this may help others to recognize the adverse effects of Neurontin and prevent the deaths of their loved ones. I urge other families to stand up, tell their stories and be counted."