PFLAG, which was founded in 1972 with "the simple act of a mother publicly supporting her gay son,” is recognized as "the nation's largest family and ally organization."

The gala showcased a performance of “Changing My Major” by Broadway performer Lauren Patten, both from the 2015 Tony Award-winning Best Musical "Fun Home” and also featured Rosie O'Donnell, who presented Chenoweth with the Straight for Equality in Entertainment award and Janet Mock, who presented Harris-Perry with the Straight for Equality in the Media award.

Harris-Perry took the opportunity to address the tumultuous end of her much beloved MSNBC show, saying, “I’m sorry that we are gone, but I promise you we will keep trying to bring these voices and to elevate these stories... I promise you that we will continue not to be allies, but to be family, to be citizens, and to be co-workers in the work of equality, now and forever.”

Chenoweth spoke about how her faith has informed her advocacy and revealed that some wise words she once received from religious grandmother: “I read the Bible like I eat fish. I take the meat that serves me well, but I don't choke on a bone.”

By the end of the event, over $90,000 had been raised for the organization.

Below, check out some photos from the PFLAG National Straight For Equality Gala and head here for more on the organization. 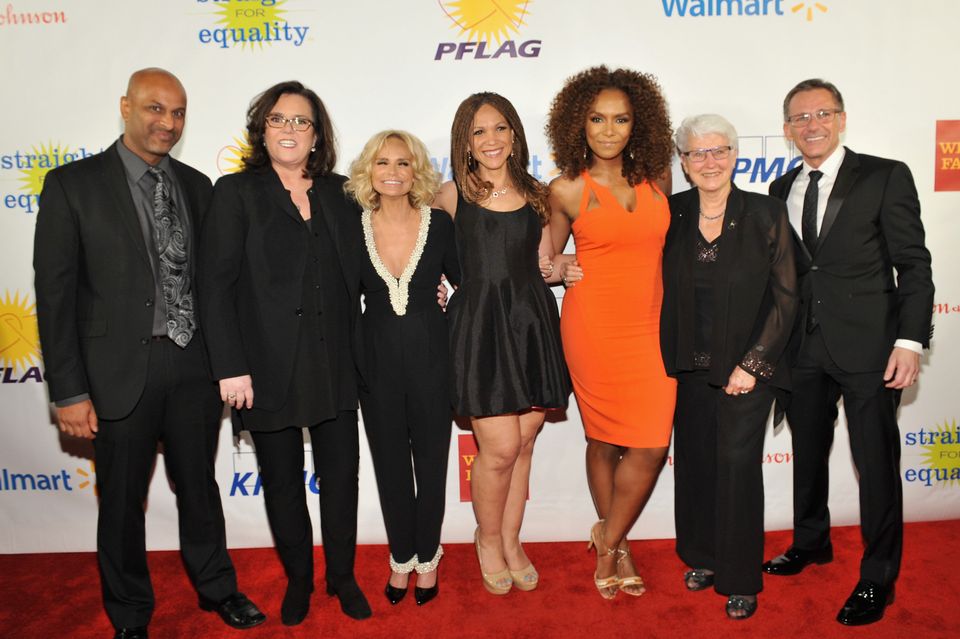 1 / 24
Oreo
In June 2012, Oreo posted a photo of a rainbow sextuple-stacked cookie to its <a href="https://www.facebook.com/oreo" target="_hplink">Facebook</a> page in honor of Pride month. While the responses were mostly positive, some commenters were outraged, even calling for a <a href="http://articles.chicagotribune.com/2012-06-27/business/chi-krafts-gay-pride-oreo-draws-20000-comments-some-flak-20120627_1_oreos-pride-month-gay-pride" target="_hplink">boycott</a> of the product.
Oreo