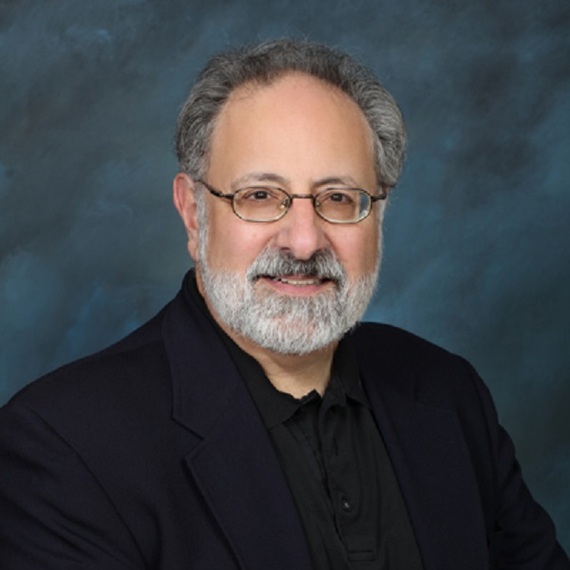 Dennis Palumbo is a thriller writer and psychotherapist in private practice. He's the author of the non-fiction book, Writing from the Inside Out and a collection of mystery stories, From Crime to Crime. He has also been writing the Daniel Rinaldi mystery series. He was formerly a Hollywood screenwriter, whose credits include the film My Favorite Year, which was nominated for a Writers Guild of America Award for Best Screenplay. He was a staff writer for the TV series Welcome Back, Kotter. Currently, he blogs for the Huffington Post and has a column, Hollywood on the Couch, for Psychology Today.

His mystery-thriller series concerns Dr. Daniel Rinaldi, a psychologist and trauma expert, who consults with the Pittsburg Police. His specialty is treating victims of violent crime who suffer from the traumatic after-effects of those experiences. Rinaldi suffered such a trauma when his wife was killed during a mugging. Though he too was shot, he lived, but struggled with survivor's guilt long afterwards. Now, his mission now is to help others deal with their trauma symptoms, but in the process, he manages to get heavily involved in police investigations, often to the consternation of his police colleagues.

In Phantom Limb, the fourth book in the series, Dr. Rinaldi consults with a prospective patient, a woman he last saw thirty years ago in Playboy. Lisa Campbell, ex-starlet and current trophy wife of elderly tycoon Charles Harland, plans to kill herself at 7 o'clock that evening. Daniel has only fifty minutes, the length of their session, to talk her out of it. Soon after Lisa leaves his office, she's kidnapped. As a psychologist who may have heard critical information, he's ethically bound not to share what they discussed. So, Rinaldi must navigate tricky waters to help the police locate Lisa. Rinaldi find himself amid a tangled web of kidnapping, murder, sexual deviance, and family secrets.

It seems in some respects, Daniel Rinaldi bears a resemblance to you. True?
He does, in the sense we're both born and raised in Pittsburgh. We both went to Pitt. We're both Italian-Americans and the big similarity other than we're both psychologists, is we straddle the Pittsburgh of old and new. When I went to college, the city was loaded with steel mills. They're all gone now. Industrial Pittsburgh has been replaced by a high-tech, sophisticated city. Daniel and I are very aware of that change, from a formerly dingy city, with its skies filled with smoke and ash, and coal barges going up and down the Allegheny River, to what it is now: a city with gleaming skyscrapers and clean air.

Daniel is also some things I'm not: he's a former amateur boxer; he's brave and resourceful, which I'm not (Laughter). The things he gets involved with would have me running in the other direction. Kirkus Reviews called him 'Jack Reacher with a psychology degree.' (More laughter).

As a psychotherapist yourself, how much of your training do you bring to the Daniel Rinaldi novels?
I've been a licensed therapist for almost twenty-eight years. For three-and-half years, I worked in a psychiatric hospital with schizophrenics. Earlier in my career, I spent five years in training on trauma theory with the nation's leading trauma expert, Dr. Robert Stolorow. That's one of the reasons I made Daniel a trauma expert. In most thriller novels, the effects of trauma on crime victims are never dealt with. In the Daniel Rinaldi series, these effects are very important. That's part of what my training as a psychologist brings to the writing.

The Daniel Rinaldi novels are written from the first-person perspective. What are the advantages of this style?
For me, the advantage is we get to be inside Daniel's head and thoughts. From that perspective, we really hear his voice. Rather than hearing a removed, third-person authorial voice, we get to stay within Daniel himself; we're inside his head. So, not only will he say something to another character, but he'll also think something to himself, something to which the reader is privy. We get a solid sense of who he is. I also like that by using the first person, the reader only knows what Daniel knows. Often, in thrillers, the reader knows what the bad guy is thinking. So, from a first person perspective, it's a bit more difficult to build suspense, but I'm able to do it. I construct the story so enough dread is foreshadowed to make the reader worry for Daniel.

You've been outspoken about the thriller-mystery genre being a venerable one. Will you talk about that?
Many people question the literary quality of crime thrillers. I think crime novels, from Sherlock Holmes on, have done what Tom Wolfe said, 'The purpose of a novel is to show the details of an era's status, to demonstrate its culture.'

If you want a picture of Victorian London, read any Sherlock Holmes novel. It's revelatory. I don't think there's a better dissection of modern marriage than what's depicted in Gone Girl. Whether it's Camus's The Stranger, or Conrad's Heart of Darkness, they delineate the era in which they were written. And, they're crime-mystery novels. There's tremendous literary value in these works.

There's a tendency to think of literature, and crime novels as inhabiting two separate spheres, as being in different categories. The best crime novels are indeed literature. I don't think there are better writers than Richard Price, Dennis Lehane, George Pelecanos, or for that matter, Dostoyevsky, Twain, Hugo, or Dickens. To one or another extent, they all wrote novels about crime. When it comes to writing, there's good writing, mediocre writing and bad writing. That's it.

What has surprised you about the writing life?
What's most surprising to me is that success in writing is much more about craft than talent. It's really a matter of hard work and diligence. It's not sitting around, drinking absinthe, and waiting for inspiration. It's hard work. You sit down every day at the typewriter or keyboard, and do the work. And hopefully, thirty-five years later, you have something to show for it.

What do you love about the writing life?
I've been a writer since I was twenty-two. The thing I love most is the creation of a completely different world in a novel. Screenwriting is a collaborative process; things get rewritten by various people; they're then interpreted and changed by directors and actors. If, in the end, there's any resemblance to what you initially wrote, it's a small miracle. But in my Daniel Rinaldi novels, I get into his head and construct his world. I love that. I love creating a whole new world.

What advice would you give novice writers?
My advice is very simple: don't follow trends; don't try to copy other people's success; keep giving the readers you, until you is what they want.

Congratulations on writing Phantom Limb, the fourth in the Daniel Rinaldi mystery-thriller series. Publishers Weekly called it "twisty," "satisfying," and said it "ends on a cliffhanger." I found it to be a riveting novel.