Pharrell Williams surprised fans this week with the announcement that he will release a new album in less than a month. The Grammy-winning producer, writer and performer will drop "G I R L" on March 3.

The album will be led by Pharrell's hit single "Happy," which was featured in the soundtrack to "Despicable Me 2." The inclusion earned the musician an Oscar nomination for Best Original Song and a spot performing the tune at the upcoming Academy Awards (set for March 2).

"G I R L" will be Pharrell's second solo studio album. He released his debut solo project, "In My Mind," in 2006, spending the years since collaborating with big-name artists such as Jay Z, Daft Punk, and Robin Thicke, and writing songs for Britney Spears and Miley Cyrus.

"When Columbia Records presented me with the opportunity to make an album, three things came to mind," Pharrell said in a release. "One was the sense of overwhelming honor that I felt when I realized that they were interested in partnering with me on the album that I had always dreamt of making. Two, it would have to feel festive and urgent. And three, I instantly knew it would be called G I R L. I hope you like it."

Check out a trailer for "G I R L" above and the album artwork for the project below. 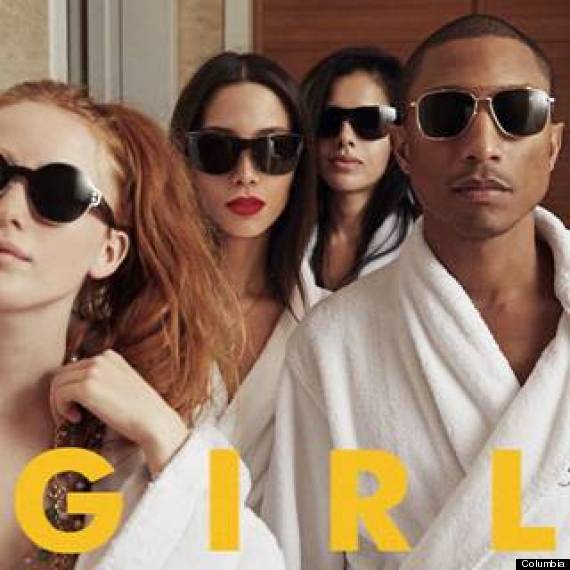